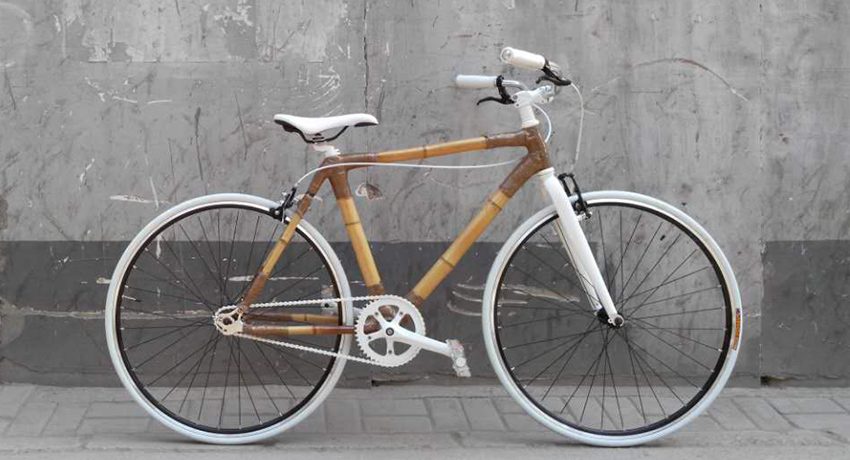 WSU Community Members to Build Bikes out of Bamboo over Break

A collaborative project to build four bamboo bicycles over three days in January will bring together intergenerational teams of students, alumni, and local refugee artisans to create reliable transportation out of sustainable and recycled material.

The workshops will take place from 9 a.m. to 5 p.m. on Friday, January 5, and Saturday, January 6, at the Worcester Center for Crafts; and on Sunday, January 7, at Worcester Earn-A-Bike on 4 King Street.

The free project, partially funded from a grant from the Worcester State Alumni Association’s Advisory Board, is a joint effort among Worcester State’s Urban Action Institute and Office of Sustainability as well as local community groups, including Refugee Artisans of Worcester, Worcester Earn-A-Bike, and Bamboo Bicycles Boston.

“This is a great event to bring together alumni, students, and community members to create usable bicycles made of sustainable material,” says Sustainability Coordinator Steve Bandarra. “Not only will it strengthen connections among these groups, students will get an experiential learning opportunity that also fits with our campus’ sustainability programming.”

The idea for the workshops started at the 2017 Sustainability and Food Day Fair, when representatives from Bamboo Bicycles Boston were invited to share their group’s mission with the campus community.

Founded in 2014 in Beijing, the organization has built more than 400 bamboo bicycles with community groups from all over the world. Members of the Boston branch of the group will be the trainers for the workshop to ensure the bikes are assembled correctly and with proper safety standards.

The bikes will be constructed with sustainably harvested bamboo and use recycled parts from bikes donated to Worcester Earn-A-Bike, a nonprofit community bicycle shop dedicated to teaching people bicycle maintenance while enabling them to earn a bike from its inventory of donated bicycles.

Each of the four teams will be made up of one or two WSU students, an alumnus, and two community members—one a youth and one an elder—from the Refugee Artisans of Worcester, a group “dedicated to identifying refugee artisans in Worcester and assisting them to self-sufficiency through the sale of their artwork, while archiving their indigenous, cultural crafts,” according to its website.

“There’s also an intergenerational component to the project, which fits well with the mission of the Urban Action Institute,” said Urban Action Institute Director and Assistant Professor of Urban Studies Adam Saltsman, Ph.D. “Elder refugee artisans, who often need language support, will be able to work alongside their younger relatives, who can also interpret for them.”

Upon completion of the bikes, the expectation is that the teams will present workshops on campus to share what they learned. Students could also serve as mentors and trainers to other Worcester college groups who want to replicate the workshops.

In a September 7, 2017, email to the campus, President Barry M. Maloney said he stands with a "growing number of college and university presidents and Massachusetts officials" in opposition to . . .