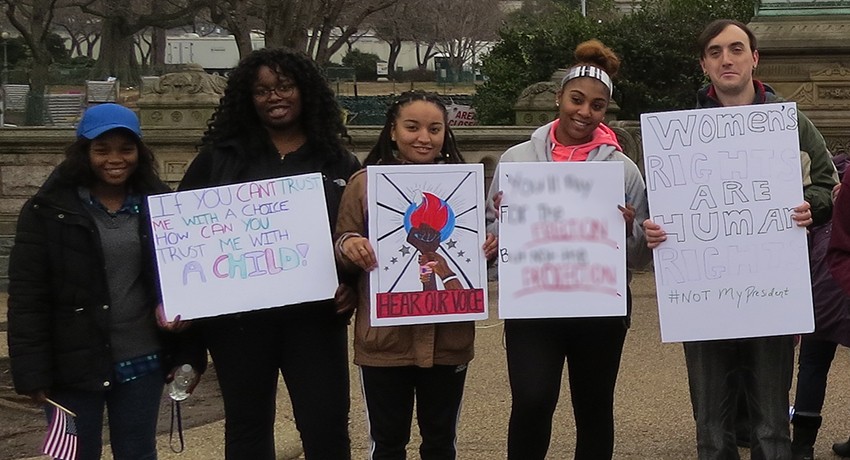 WSU Students Join in the Women’s March on Washington

More than 25 students associated with Worcester State University’s Urban Studies Department, Women’s Studies Program, Social Justice Coalition, and Community Leadership Experience (CLEWS) joined others from around the state who traveled by bus from Worcester to the Women’s March on Washington in the nation’s capital on Saturday, January 21.

While students’ reasons for traveling to D.C.—rather than to the sister march in Boston—ranged from human rights to civic engagement, they all shared a strong interest in being part of history, observed Madeline Campbell, an assistant professor of Urban Studies and faculty advisor for the Social Justice Coalition.

“Experiencing the march in person is hard to put into words. It was life-changing!” said Courtney Diniz, a student in WSU’s speech-language pathology graduate program and a graduate assistant for the Women’s Studies Program who helped students sign up for the trip. “I’ve never been in the presence of so many people in one area, let alone in the presence of amazing women (and men) fighting for our human rights from all over America—women and men of all different races, ages, backgrounds, and religions. We were even lucky enough (and close enough to the stage) to hear powerful speeches at the rally before the march.”

Being at the epicenter of what is considered the largest protest in U.S. history also made an impression on Diniz.

Mathematics major Stephen Herriage was one of the men who participated in the D.C march. “To me, the Woman’s March on Washington is much bigger than myself,” he said, adding that he marched for a variety of women’s issues, his fellow LGBTQ+ members, and immigrant rights. “To me, these causes are very personal, and I care very much for equal rights.”

The buses arrived in D.C. around 7 a.m., and the riders were participating in the pre-march rally by 9 a.m. Although media reported that the crowd was too big to march to the White House, Herriage said that a march began around 3 p.m. and lasted until 4:45.

“I was very proud to be part of history!” he said. 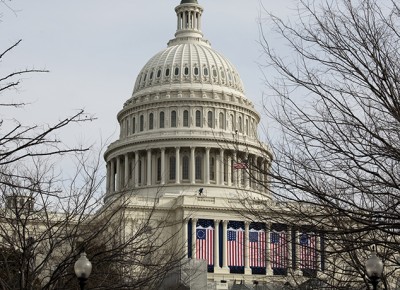