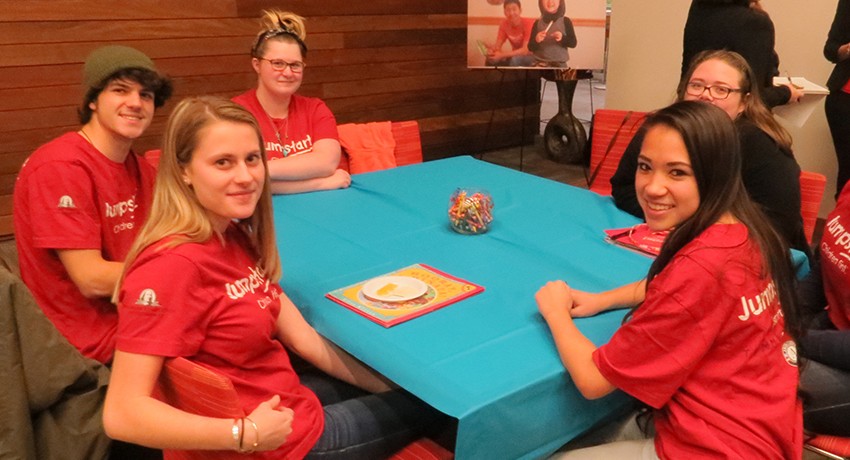 Worcester State University’s new partnership with the Boston-based organization Jumpstart is drawing student participation, and initial successes were celebrated at a December event on campus. The Americorps-affiliated program in which members, mainly college students, volunteer to spend four hours a week reading with at-risk children to improve their language and literary skills began working with Worcester State in the fall of 2015.

“Children who have the opportunity to participate in higher quality early education are more likely to succeed in kindergarten…Children who arrive (without additional help) struggle to retain material,” explained Mark Reilly, Jumpstart’s regional vice president, who cited the program’s emphasis on the small ratio of Americorps members to children as a key ingredient for success.

President Barry Maloney said that the WSU’s partnership with Jumpstart was a natural fit given the university’s long history of training educators and promoting civic engagement.

“We are an institution in which our students predominantly come from Central Massachusetts and these students want to do well by the region because it’s their home,” he said.

Timothy J. Garvin, president and chief executive of the United Way of Central Massachusetts, said that his agency’s involvement was a “no brainer,” and that with the help of Jumpstart, United Way “won’t have to train the next generation to read with their child because they will already know the benefits.”

To close out the event, Emily Haber, CEO of the Massachusetts Service Alliance, led the students in a recitation of the Americorps oath, which all members must learn and recite when sworn in:

“I will get things done for America, to make our people safer, smarter, and healthier. I will bring Americans together to strengthen our communities. Faced with apathy, I will take action. Faced with conflict, I will seek common ground. Faced with adversity, I will persevere. I will carry this commitment with me this year and beyond. I am an AmeriCorps member, and I’m getting things done!” 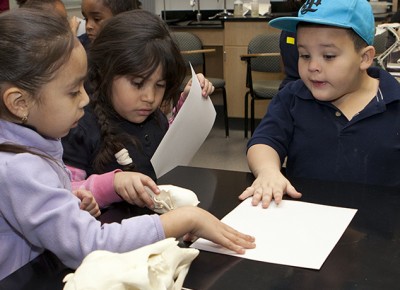 More than 80 Kindergartners from four classes classes at the Chandler Magnet School walked across the street to Worcester State University's Ghosh Center for Science and Technology to learn about . . .