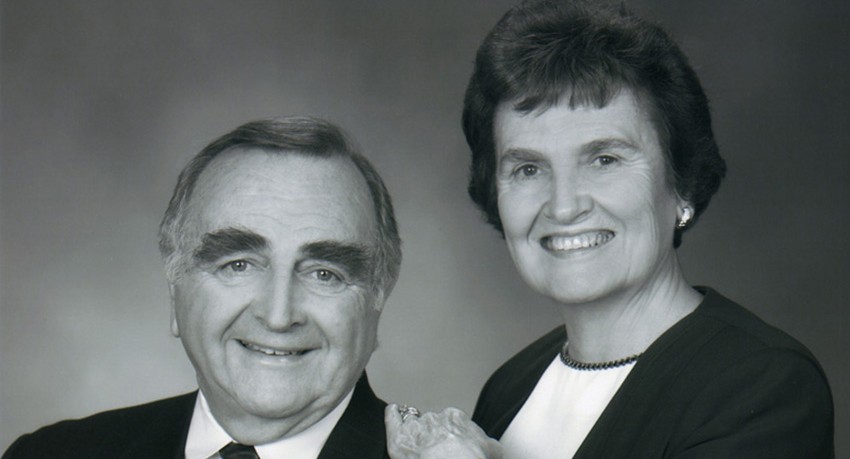 Drs. Arthur and Matha Pappas to be Honored at Scholarship Tea

Worcester State University will once again recognize the longstanding commitment of Drs. Arthur and Martha Pappas to the greater Worcester community at this annual Scholarship Tea, Sunday, May 1 from 3 to 5 p.m. in the Student Center Blue Lounge. The special show of appreciation on comes nearly three years after Arthur and Martha Pappas received Community Service Awards during WSU’s Commencement.

Both excelled in professions that helped others: Arthur is best known for his work in pediatric orthopedics and sports medicine, including serving as the Boston Red Sox’s medical director; and Martha’s teaching in the Lincoln-Sudbury School District led her to establish an innovative career-preparation program there.

The Pappases, who reside in their hometown of Auburn, exemplify extraordinary leadership in community involvement in education, medicine, athletics, recreation, and culture. The couple founded the Auburn Foundation and spearheaded a committee to establish the Auburn Department of Recreation and Culture. They also contributed to the new Auburn High School gymnasium, developed a program that trained teams of people in CPR and to use defibrillators the Pappases contributed to every public building in Auburn. Their support of the Arthur and Martha Pappas Auditorium at University of Massachusetts Medical School and pediatric unit of the UMass Medical Emergency Care wing benefits Central Massachusetts residents. They have also contributed to creating the highly anticipated Dr. Arthur and Dr. Martha Pappas Recreational Complex now underway.

Martha Pappas has served on many town committees as well as boards of the Greater Worcester Community Foundation, Tower Hill Botanic Garden, Auburn Youth and Family Services, and the Auburn Visiting Nurses Association. She is a corporator at the Worcester Art Museum and the UMass Memorial Foundation. Martha is a graduate of Wellesley College and earned a master’s and doctorate degree from Boston University. While working at the Lincoln-Sudbury Regional School District, she taught English for many years before becoming department chair of the Career Exploration Program. This innovative program placed as many as 600 students each semester in credit-granting, alternative, off-campus experiences. She also published several articles on career education as well as a high-school textbook, Heroes of the American West.

In addition to his 25 years with the Red Sox, Arthur Pappas, a graduate of Harvard College and University of Rochester School of Medicine, has worked for UMass Medical School and Memorial Medical Center for many years. Currently he is vice president for affiliate relations at UMass Memorial and professor of pediatrics at the medical school. He holds the distinction of being the school’s first professor and chairman emeritus of its Department of Orthopedics & Physical Rehabilitation. He was also the school’s vice chancellor for clinical affairs. Multiple donors joined UMass Medical School in establishing the Arthur M. Pappas, M.D., Chair in Orthopedics in 2003.

He has served as president of several local and national institutions: Fairlawn Rehabilitation Hospital, New England Rehabilitation Services of Central Massachusetts, Massachusetts Hospital School, the American Academy of Pediatric’s Orthopedic Section, the Association of Professional Baseball Physicians, and Massachusetts Amateur Sports Foundation. He is also an honorary trustee of the Jimmy Fund’s Board of Overseers.

Since its rebirth 17 years ago, the Scholarship Tea has recognized outstanding citizens whose work stimulates the vitality, health, and success of their communities. To attend, please contact the Alumni Office at alumni@worcester.edu or 1-888-WSC-ALUM.

Nursing Department to be Named in Honor of Founder

The Worcester State University Board of Trustees voted, Monday April 4, to name the Nursing Department in Honor of Lillian R. Goodman, Ed.D., who founded the Department of Nursing in . . .