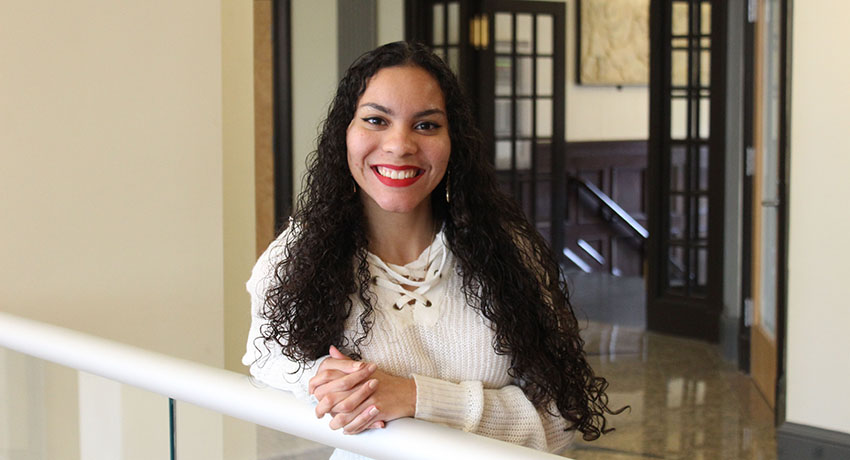 Alexandra Pizarro ’22 knows that if youth want to see change in their community, they must first understand the system so they can feel empowered to create solutions.

Pizarro is a paid youth ally for members of the Latino Education Institute’s Youth Civics Union (YCU), a group of Worcester Public School students who are developing leadership skills to identify and organize civic actions to address challenges in their community. Pizarro, who has worked with YCU for three years, says the year-long program matures the young participants and gives them confidence.

“They learn about leadership and how to help your community deal with problems they identify themselves,” says Pizarro, a biology major and education minor who wants to become a teacher. “I absolutely love interacting with them. That’s the best. We’re only a few years apart, so it’s interesting to see the differences between us.”

While she serves as a guide to the participants, she emphasizes it is a youth-led program. “I love seeing them mature and step up,” she says.

The 13 members of this year’s YCU met over the summer at a retreat so they could identify an issue related to improving education. The group decided to focus on how to diversify Worcester’s school committee and then spent the fall semester researching the issue.

“We taught them about municipal government, and how voting affects their lives and their community. Then they had to determine how to go about researching the whole problem—perhaps surveys or more informal ways of getting information,” Pizarro says.

In the spring semester, they will implement their plan by going out into the community to conduct what is officially called Youth Participatory Action Research. At the end of the semester, they will present their findings at a youth summit involving all participants of the LEI programs.

“We tell them, not everything is going to change in a year. That’s not realistic,” she says, but their work will lay the groundwork for future solutions.

First-year student Ziray Pacheco-Dejesus ’23, who participated in YCU while a high school student, agrees the strength of the program is how the participants are in control of the process.

“The adults provided guidance, but we chose our own path. It was very empowering,” says Pacheco-Dejesus. An added benefit was that they were able to network with other youth activist groups from Cambridge and Rhode Island. “I met so many amazing people. They were truly like a family to me.”

LEI Executive Director Hilda Ramirez says YCU is one of several LEI programs that encourages young people to become part of the solution.

“Latino students greatly benefit from having programs like YCU that reaffirm their right to occupy space and to use their voice as a catalyst for change,” she says.

YCU is funded through a grant from the Nellie Mae Foundation. 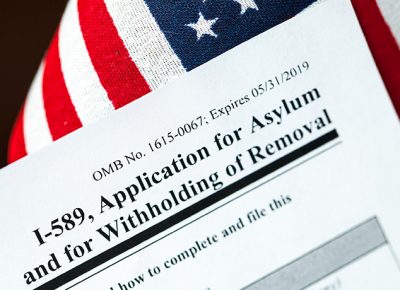 More than a dozen Worcester State students will be serving as trained advocates for local asylum seekers during the spring semester, helping to untangle the complex process intended to give sanctuary . . .