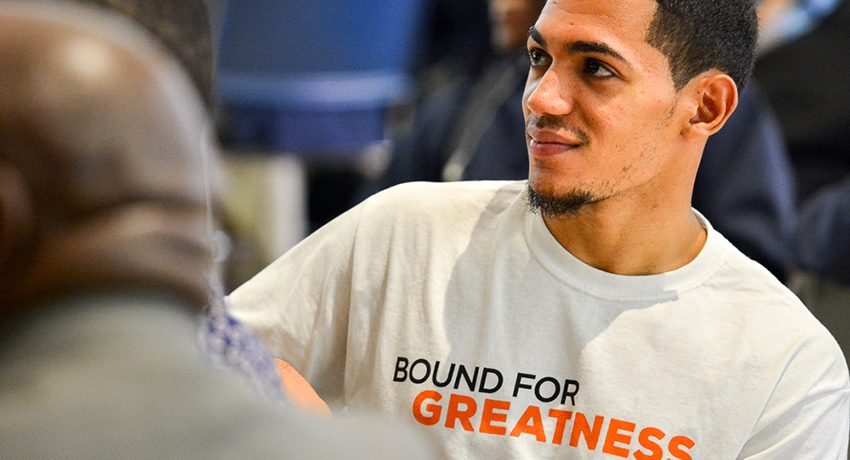 More than 90 Worcester high school students recently completed the first installment of the Worcester-based 100 Males to College program, which was launched in April 2017 under a grant from the Massachusetts Department of Higher Education (DHE). The students’ achievements were celebrated by a number of distinguished speakers and guests, as well as family members, at a dinner reception in the May Street Building.

“They spent time with us on field trips, workshops, and in the classroom,” said Andrew Barrett, program coordinator for 100 Males. “Today I see young men who are bound for greatness.”

100 Males, which aims to better prepare young men for post-secondary education, is sponsored by Worcester State University, Quinsigamond Community College, and the Worcester Public Schools, and is funded through a grant from the Massachusetts Department of Higher Education. The DHE launched the first 100 Males to College program in Springfield in 2015. One hundred percent of those program participants graduated high school, and 96 percent of them enrolled in college. The program has also launched in Framingham and will soon be running in Brockton.

According to WSU Vice President for Enrollment Management Ryan Forsythe, Ed.D., the program provides a number of services, including dual enrollment classes, workshops to assist in college planning, and a math assistance camp at QCC.

“The program, built on the success of 100 males programs from other communities around the commonwealth, was designed to prepare young men to be successful in college,” said Forsythe. He said that the next phase of the program would continue in the fall.

The program is aimed at furthering three goals for the 29 public colleges and universities in Massachusetts: boosting completion rates, closing achievement gaps, and attracting and graduating more students from underserved populations.

Two of the 100 Males participants, Lloyd Dawson and Corey Nolan, shared their experiences as part of the speaking program and congratulated their fellow participants.

“Tonight, we’re here to celebrate our success, but especially the brotherhood we have created during this program,” said Nolan.

Nolan revealed the hardships he had gone through during his childhood and adolescence while growing up in the Great Brook Valley housing projects, and admitted that he had felt like giving up and had high doubts about his future.

“But thanks to my mentors, my friends, and especially my mother for the support they gave me, I am now a full-time student at Quinsigamond Community College,” he said. “I’m not only the first one in my family to go to college—I’m one of the first ones to actually finish high school.”

In his final statement, Nolan likened the program participants’ journeys to the Franklin D. Roosevelt’s famous quote: “The only thing we have to fear is fear itself.”

“We conquered that fear of failure,” he said, “and we made our dreams a reality.” 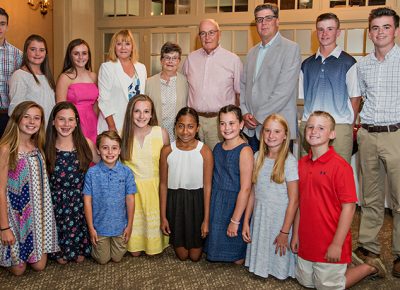 The five children of Thomas V. and Catherine M. Murray have established scholarships in honor of their parents in recognition of their 50th wedding anniversary. The scholarships were announced at a family celebration on July 29 at the Worcester Country Club. Thomas V. Murray, a Millbury native, is an alumnus of Worcester State College (Class of 1968) and a retired history and psychology . . .