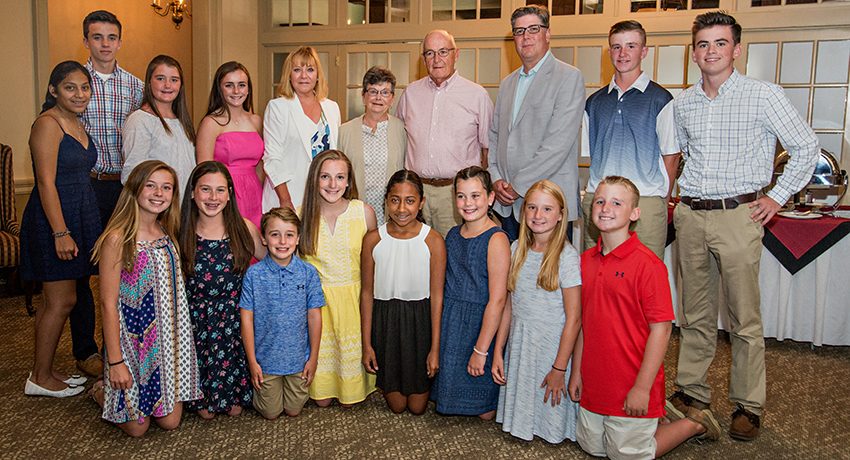 The five children of Thomas V. and Catherine M. Murray have established scholarships in honor of their parents in recognition of their 50th wedding anniversary. The scholarships were announced at a family celebration on July 29 at the Worcester Country Club.

Thomas V. Murray, a Millbury native, is an alumnus of Worcester State College (Class of 1968) and a retired history and psychology teacher as well as the head of the guidance department at Millbury High School. Catherine Murray (Williams) is a Worcester native and registered nurse who administered to patients at Adcare Hospital, an addiction recovery hospital in Worcester.

“Our parents worked hard and sacrificed to make sure their children had educational opportunities that would open doors. Our hope is that these scholarships, in their honor, will assist in opening doors for families like ours for years to come,” said Tim Murray, a spokesman for the children, who is also the CEO and president of the Worcester Regional Chamber of Commerce.

At the celebration, both Worcester State University President Barry M. Maloney and Anna Maria College President Mary Lou Retelle thanked the Murrays for their commitment to the greater Worcester area and to the higher education institutions.

“These scholarships are one more example of all the Murray family does for the city and for the colleges in and around Worcester,” said President Maloney. “The values Tom and Cathy instilled in their children—respect, dedication, and hard work—will be recognized and rewarded via Worcester State’s Thomas Murray scholarship. In turn, the students who benefit from it will carry the Murray family’s legacy forward, into the community and across generations. I thank the Murray family for its extraordinary generosity.”

The Worcester State scholarship describes the Murrays’ vocations as reflections of their belief that “each member of society has a moral and ethical obligation to enrich the lives of others in whatever capacity one’s abilities allow.”

The Thomas V. Murray Sr., Class of 1968 Endowed Scholarship will provide a $1,000 award to a Worcester State student entering his or her sophomore, junior, or senior year who has demonstrated “industriousness” and “a passion for education and/or history.” Preference will be given to Millbury or Worcester residents who are first-generation college students and/or from an immigrant family.

President Retelle said, “The Murray family has always been dedicated to giving back to their community. From teaching and nursing to public service and community volunteerism, the Murrays have left their mark on Worcester and its residents. As a nurse in this community for many years, Catherine Murray devoted herself to caring for those in need. This scholarship honors her selflessness by supporting the dreams of tomorrow’s nurses. Anna Maria College is so grateful to the Murray family for this gift.”

The Catherine M. Murray Nursing Scholarship will be an endowed scholarship fund at Anna Maria College to provide financial assistance of $1,000 a year to a student who has a demonstrated commitment and passion in the field of nursing, with a preference for students from Worcester County and/or first generation students. 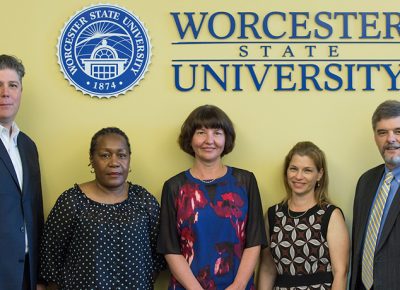 Faculty from University of Worcester Establish Connections at WSU