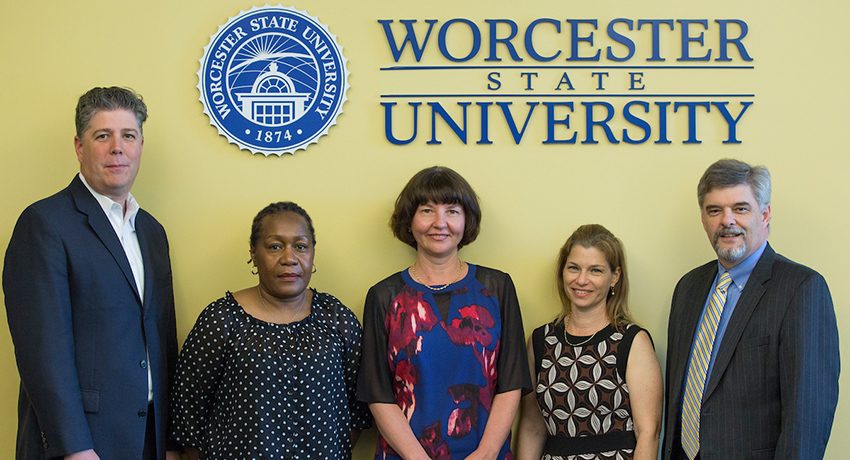 Faculty from University of Worcester Establish Connections at WSU

A delegation of faculty members from the University of Worcester in the United Kingdom recently traveled “across the pond” to Worcester State University to meet with faculty and staff.

Gabriela Misca, Ph.D., and Maxine Pryce-Miller of University of Worcester’s Institute of Health and Society met with members of WSU’s Psychology and Nursing Departments, as well as with Deans Linda Larrivee and Russ Pottle. The professors were given a tour of the campus and were given a luncheon in President’s Office, where they met with WSU faculty and staff. Other meetings over two days helped them collaborate on programming and research.

“Our meeting was very positive—and fun!” says WSU Professor of Psychology Emily Soltano, Ph.D. “It was the first time I got to meet Dr. Misca outside of our email conversations, and we had very productive conversations about our research and the similarities between our experiences with students and higher education.”

Soltano is currently working with Misca on a study of cognitive psychology in different age groups of college students, and the two are planning on submitting an abstract to the New England Psychology Association in the near future.

“We are looking at how different age groups transition into the higher education environment,” explained Soltano. “Many students, especially the younger ones, find that they need to relearn how they learn at the university level. Our goal is to see how cognitive psychology, as well as the ethics and science of teaching and learning, can help us understand the complexities of this transition.”

Awarded a prestigious Fulbright Award in 2015 for a project titled “Parenting Under Fire,” Misca was hosted by the Center of Excellence for Children, Families and the Law at the William James College in Boston, where she collaborated with both practice agencies and research partners across the United States to “identify best practices in supporting military and veteran families and assessing their cultural transferability.”

Pryce-Miller is registered nurse and a current member of the Nursing and Midwifery Council, the regulator for nursing and midwifery professions in the United Kingdom. Her teaching and research is focused on teaching and learning, specifically self-directed learning and “the learning experiences of students from an undergraduate and post-graduate perspective.”

The University of Worcester has had the longest standing international relationship with Worcester State University, dating back to 1997. 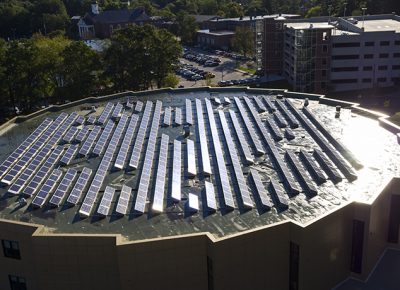 President Maloney Joins 'We Are Still In' Pledge on Climate Change

President Barry M. Maloney has signed a letter pledging Worcester State University’s commitment to the international climate accord from which the United States recently announced it would withdraw. Despite the Trump Administration’s decision to withdraw the United States from the Paris Agreement, major players in the U.S. economy have signed the letter, committing to forge ahead on . . .