Worcester State College anticipates reaching the $10 million goal of the largest fundraising campaign in its 134-year history despite the downturn in the economy. More than $7.8 million has been raised to date.

“I am deeply committed to this campaign—personally and professionally—especially now when our students need support the most,” President Janelle C. Ashley will tell the 350 guests expected to gather in the elegant Great Hall. “I am committed to the role it will play in realizing our vision for Worcester State College.”

Of the $10 million to be raised during the “Opportunity for a Lifetime” campaign, nearly half is earmarked for student scholarships, the demand for which has increased as students and families struggle to meet costs not covered by financial aid. A third will help advance academic programs and support faculty-led undergraduate research. Another third will boost the Worcester State Foundation’s unrestricted endowment, a fund that addresses immediate and priority needs of the College.

The campaign will also take maximum advantage of the Public Higher Education Endowment Incentive and Capital Outlay Contribution Program, which provides for up to $5 million for endowment by matching private donations received through June 30, 2010.

“Donors have responded overwhelmingly to the campaign,” said WSC Board of Trustees Chair George Tetler III. “Our alumni, especially, have stepped up to the plate. Alumni giving is at an all-time high and is now at pace to match that of foundations and corporations.”

The launch of the public phase of the campaign comes a month-and-a-half after the College’s faculty and staff were invited to participate. Increased participation of alumni, faculty, and staff would strengthen future applications for foundation and corporate grants.

The Distinguished Donor Reception and Public Launch of the Opportunity for a Lifetime campaign will be held from 6 to 8 p.m. at Mechanics Hall. All are welcome. 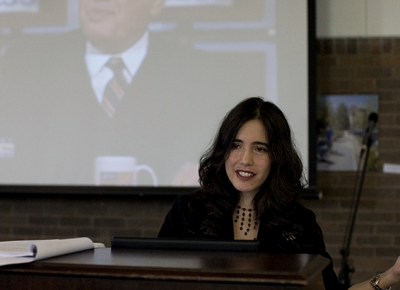 Journalist Discusses Gender, Race and Media in the 2008 Elections