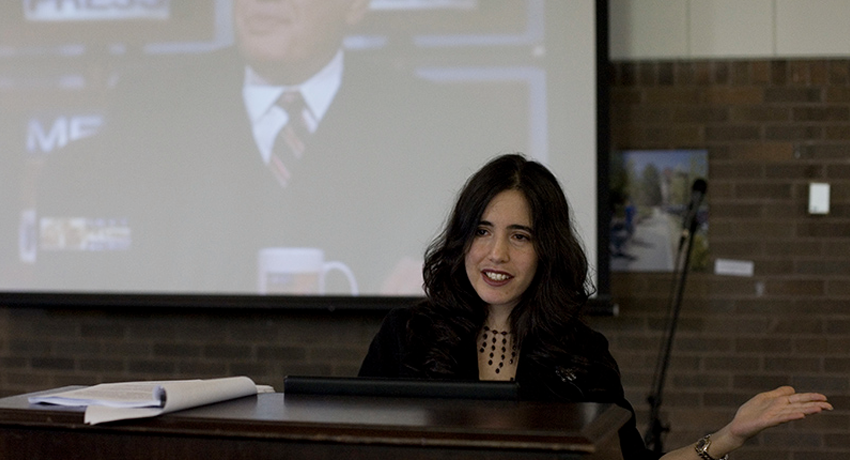 Journalist Discusses Gender, Race and Media in the 2008 Elections

For the first time, a white woman and a black man vied for the Democratic presidential nomination. In this multi-media lecture, Pozner exposes how sexist backlash and racial prejudice have dominated and distorted media coverage of one of the most important moments in U.S. history. In her lecture, Jennifer uses wit, insight and damning footage to expose and challenge the media’s irresponsible preference for regressive stereotypes over substantive reporting.

“During this historical race to the White House it is important to discuss these topics that Ms. Pozner presents as many of our students are voting for the first time in a presidential election. Our students have a strong interest in the issues that are being presented during this campaign season and they want to make a well informed decision come November,” said Dr. Janelle C. Ashley.

Pozner founded Women In Media and News in 2001 to increase women’s presence and power in the public debate through media analysis, education, advocacy and reform. A widely published journalist and media critic, Pozner formerly directed the Women’s Desk at the national media watch group FAIR, where she was a staff writer for Extra! magazine and the organizer of the national Feminist Coalition on Public Broadcasting. She also served as Media Watch columnist and contributing media editor for Sojourner: The Women’s Forum, the dearly-departed national women’s newspaper. 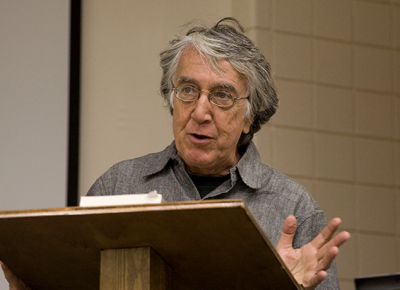 Journalist Advises Students to Beware of 'Weapons of Mass Distraction'

Renowned journalist David Barsamian told a crowd of more than 80 Worcester State College students to be careful consumers of information when he delivered the lecture What We Say Goes: Pakistan, . . .