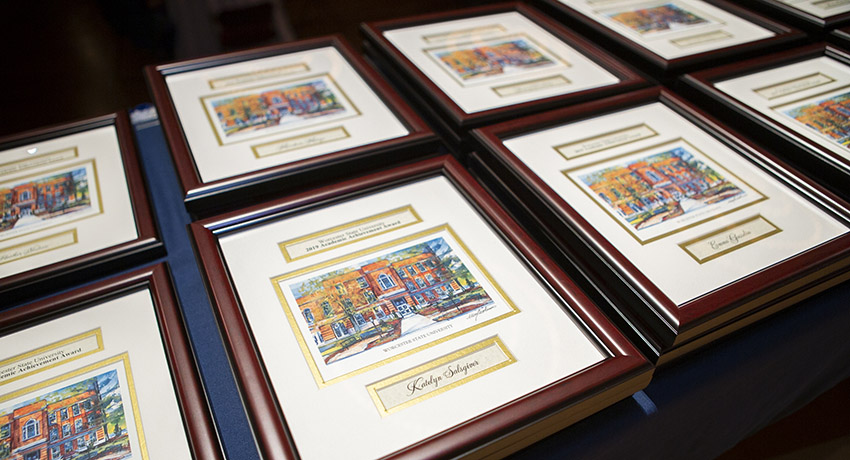 For the second year in a row, academic excellence is being honored virtually with a special Academic Achievement Award website. Several university-wide awards, the George I. Alden Excellence in Teaching Awards, and the top students from each academic department are highlighted on the pages.

“The Academic Achievement Awards celebrate the most accomplished students on our campus. Hard-working, motivated, and intelligent—these are the qualities that define the awardees,” writes President Barry M. Maloney in his welcome message. “Students often tell us that a faculty member–or two or three–were the keys to that success. Worcester State’s faculty are skilled at tapping into talents that students themselves do not necessarily see, bringing out their very best.”

Gina Endres won the Ella M. Whitney Award, named for an 1891 graduate of Worcester State University (then known as the Worcester Normal School); Lauren McIntyre received the Ellen J. Meyers M.Ed. ’88 Memorial Academic Merit Award, given to an undergraduate student achiever with disabilities who has also been actively engaged on campus or in their community; and Theofanis Klarakis Jr. received the John F. Eager Continuing Education Excellence Award, given to the undergraduate evening program senior who has the highest overall G.P.A.

This year’s winners of the George I. Alden Excellence in Teaching Awards are Professor Mary Fowler, Ph.D., Mathematics Department, School of Health and Natural Sciences; and Assistant Professor Kathryn Frazier, Ph.D., Psychology Department, School of Humanities and Social Sciences. This award publicly acknowledges Worcester State faculty who have made a difference in students’ lives through their excellence in teaching. 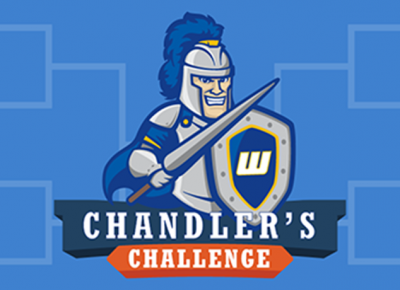 The Volleyball team and the Presidential Student Ambassadors won first place in their respective brackets at the end of Chandler’s Challenge, the 2021 Days of Giving, on April 12-13. Overall, more than 1,000 donors gave over $46,000 to the 27 teams in a fun crowdfunding competition to see which team could get the most donors per team member at the end of 48 hours. Teams were broken . . .