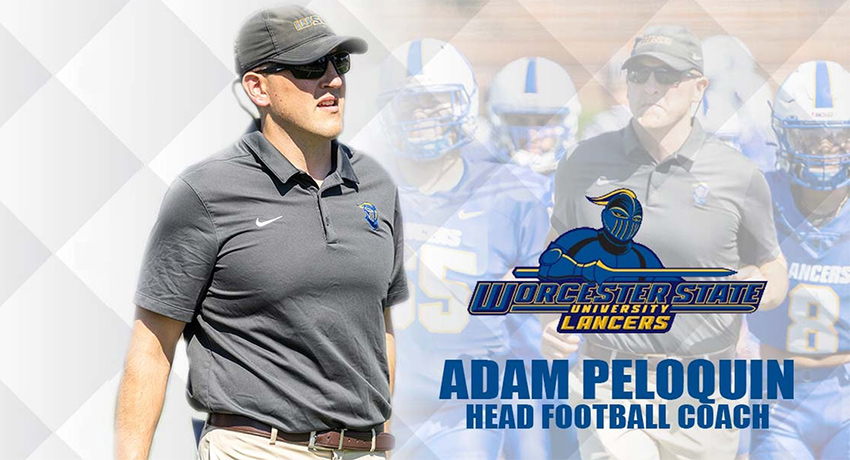 After two years as the interim head coach, Adam Peloquin ’12 will be hired as the next head coach of the Worcester State University football team.

Peloquin has been with the program since 2011, and just completed his second year as offensive coordinator and quarterbacks coach, roles he will continue to hold when his Interim tag is removed.

He guided the Lancers through a difficult time when the 2019 season was cancelled due to the Covid-19 pandemic. So far this year, he has led Worcester to three victories, all of them against MASCAC opposition.

“Adam is a bright, young, energetic coach who has done a terrific job starting the rebuild of our football program,” said Worcester State Director of Athletics Michael Mudd. “Over the past two years, in which he has served as the head coach in an interim capacity, I have witnessed the program reestablish a culture of players that represent our university in a positive manner and support one another. The team has also displayed a ‘never quit’ mentality which has led to three come-from-behind victories this season after finishing our last full season 0-10.”

Prior to his coaching stint, Peloquin was a three-year starter as an offensive guard for Worcester State. He was distinguished in his senior year with All-NEFC Bogan Division and All-Worcester Area First-team accolades while he also was a recipient of the Male “Peg Nugent” Award for his efforts on the field and classroom.

Peloquin also serves as the athletics operations coordinator, in which he assists with game day management, scheduling of athletic contests, and team travel.

On Peloquin’s appointment, Mudd added: “While our program has a ways to go to get to the top of the pack in our conference, having a full-time head coach for the first time in our school’s history, combined with Adam’s energy that brings to the team daily, I really feel our program is on its way to having continued success.” 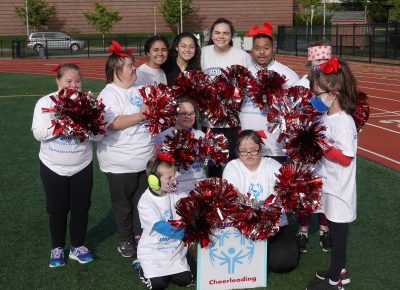 When Special Olympics cheerleaders stepped onto the field during the last local flag football game of the season at Worcester State University Oct. 17, they were met with a wave of support from . . .