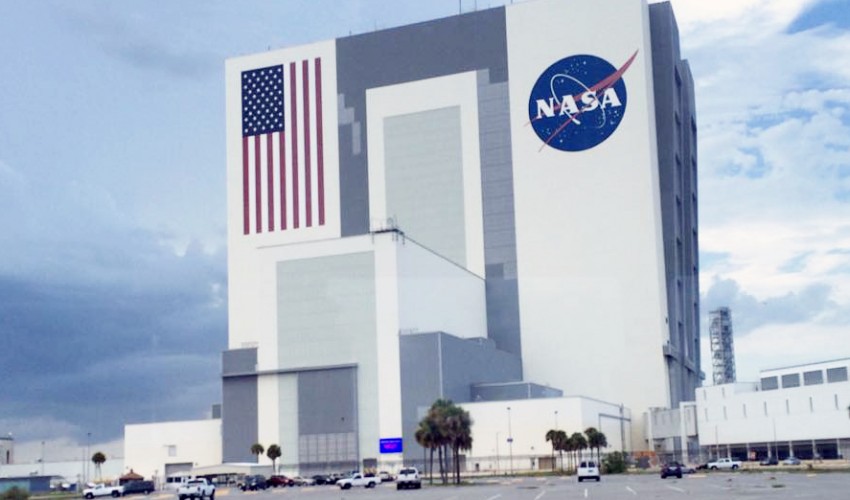 Adventures at NASA: WSU Student Inspired to Reach Beyond the Stars

Every day before they started their activities, Zachary Eilert and his fellow interns at the NASA Kennedy Space Center were required to read a poster that laid out some ground rules, one of which Eilert remembers quite clearly.

You’re not nearly as smart as you think you are.

“A lot of us were there by luck,” said Eilert, “but still, we all got there because we worked really hard with our professors and fellow students. And all of us took that risk when we applied to get in.”

Mr. Eilert, who is a second year student majoring in natural sciences at Worcester State University, recently returned from serving as a paid intern at NASA’s Kennedy Space Center in Florida, and shared his experiences with his fellow students and professors during a speaking event earlier this week.

Eilert gave a brief slideshow presentation that showed what he accomplished during his internship, as well the historical background of NASA and its beginnings as NACA (National Advisory Committee on Aeronautics). He also listed the program’s contributions to society, which include computers, x-ray imaging, memory foam, and cell phones – all of which descended from NASA research.

One of the many exciting things that he got to see was the flyby of the New Horizons probe, which was launched in 2006 to study the dwarf planet Pluto.

“I can’t stand Pluto,” admitted Eilert. “I think that it should [remain classified] as a dwarf planet.” However, Eilert was just as ecstatic as his pro-Pluto NASA instructor when the probe began sending pictures and data back to Earth.

Eilert also got the opportunity to launch his own high-powered Level 1 and 2 rockets, which yielded mixed results. While his first rocket launched and landed perfectly, his second one didn’t have the same success.

“The Level 2 rocket landed about 2.5 miles away,” said Eilert. “When you go to the launches, you have to dress in khakis and polo shirts, and so I was running through what looked like a jungle in Vietnam with these nice clothes on, trying to find the rocket. It was pretty crazy.”

Eilert and his team analyzed the data from the rockets to determine the acceleration, the amount of time passed, and the height and apogee (highest point) of the flight. Though the rockets are “baby rockets”, as Eilert referred to them, Level 1 rockets can rise to 3,000 to 4,000 feet, and Level 2 rockets can rise from 6,000 to 10,000 feet.

The students were also required to visit the memorial for the Challenger and Columbia space shuttle disasters in order to remind them what happens when technical details, both big and small, are overlooked.

“You’re putting other people’s lives in danger,” explained Eilert, “so in whatever you do, you have to be careful. Especially when you are dealing with other people. These are your friends that you are sending up into space; you really have to take care of them.”

“It’s why our teachers always reminded us to ‘leave our egos as the door’,” he continued. “You have to be humble going into this, because if you’re not, and you think you know everything, that’s when you screw up and you make mistakes. That’s how you get Challenger and Columbia.”

Eilert also stressed the importance for funding of the NASA space program, noting that it was not only beneficial to science but also to the national economy, and, in part, national pride. He also hoped that when the program will be reinstated in the 2020’s, he would be apart of the team that will send the SLS (Space Launch System) rocket to Mars.

“When you have a robot go onto another planet, the robot doesn’t understand what it is looking at. It just goes, ‘I’m going to take a picture of this. I’m going to take a sample of that.’ Strictly facts. If you have a person there, they might able to notice something that a robot wouldn’t or couldn’t.”

One of the highlights of the presentation, and of Eilert’s internship, was the launch of an Atlas V rocket, almost 200 ft. tall, at the Kennedy Space Center. Eilert couldn’t help but smile as he watched the video with the audience and described the experience.

“[It’s] one of the most amazing videos,” he said. “I watch it everyday to remind myself what I want to do.”

This event was sponsored by Worcester State University’s Astronomy Club. For more information, or if you would like to join, please contact Zac Eilert at zeilert@worcester.edu. 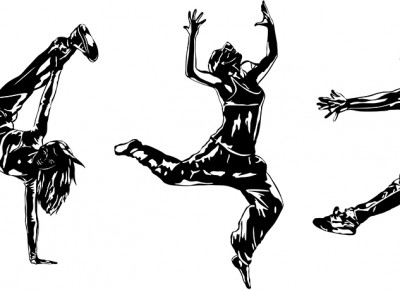 Senior Arianys De Jesus is passionate about raising awareness of teen depression and suicide, a passion that comes from her own personal battle with mental illness. Diagnosed at age 7 with depression . . .