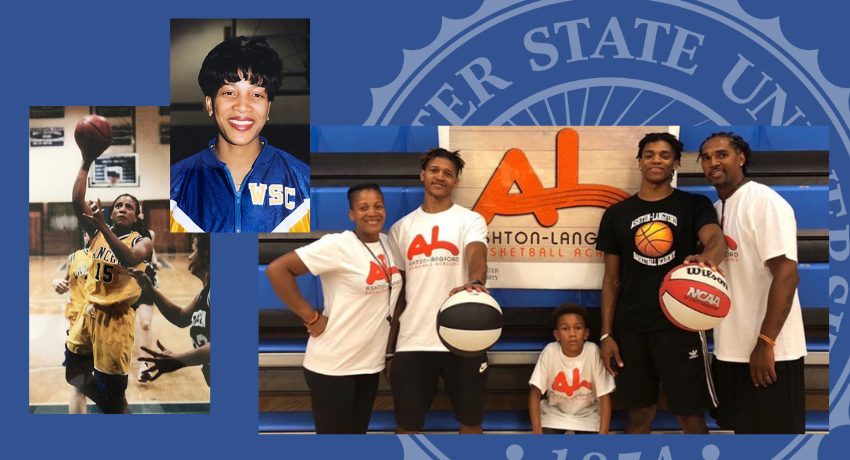 After Almost 25 Years, a Degree Earned, an Example Set

Sacha Ashton Langford ’20 had just given birth to her first son when Women’s Basketball Head Coach Karen Tessmer recruited her to play basketball for Worcester State in the mid-1990s. With child care help from her parents, Langford managed to enroll at WSU and excel on the court for four years, earning Division 3 All American and MASCAC Player of the Year honors and scoring more than 1,000 points in her career.

But the birth of two more sons while a student-athlete put the completion of her degree on hold as she prioritized parenthood. Now almost 25 years after she started, with a blended family that includes a total of six children, that journey came to a joyful end this summer as she finished her final class and officially graduated.

“I hate to think COVID-19 was the deciding factor, but we were locked down with nothing to do. Everybody was home and we had a packed house, but I squeezed in that last class while working overnight shifts for the Seven Hills Foundation,” says Langford, who works as a staff assistant providing direct support for the residents.

Completing her degree was challenging, she says, but she wanted to set an example for her children.

“We like to tell our children, the sky’s the limit, but if you don’t finish your degree, you may end up creating your own ceiling,” she says.

Langford often came back to campus for alumni basketball games, and the topic of finishing her degree came up frequently. She credits Tessmer for not giving up on her. “Coach Tessmer was always in the background, calling me, encouraging me to take some classes, trying to get me back to school. She planted that seed.”

“I couldn’t be prouder and it will bring so much joy to see her walk across that stage next May,” says Tessmer. “She has persevered and set an example for her family that the pursuit of a college degree can be completed no matter what the challenges.”

In 2014, she went back to school full time and completed many of the credits needed for a degree in liberal studies. Her original major, health sciences, had changed in scope and is now called public health, with many different core requirements. Working closely with her academic advisors, including Assistant Dean for Academic Services Tammy Tebo, Langford was able to count some of her earlier credits toward the liberal studies major. “Otherwise I would have had to start from scratch,” she says.

Basketball was, and continues to be, an important part of her life. “I enjoy playing and I grew up with older brothers, so my skill level was always better than average,” she says. One of those brothers, Robert, also played for Worcester State and her sister competed for Anna Maria.

Langford coaches a middle school girls basketball team and has served as a referee for many years, in addition to running the Ashton Langford Basketball Academy, a summer camp she founded with her husband that focuses on basketball skills and life lessons. Although the pandemic put the summer camp on hold, they are hopeful it can be resurrected next year.

For now, she enjoys cheering for two of her sons, one a senior and one a freshman, who are playing basketball at Boston College. The fact that the older one is close to completing his own degree was not lost on Langford.

“I wanted to make sure I graduated before him,” she says with a laugh. 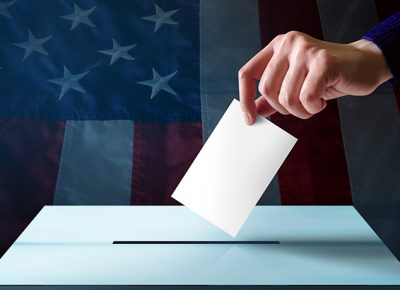 More than 300 people heard both sides of the debate over ranked-choice voting, one of the ballot questions to be decided by Massachusetts voters this coming election day, Tuesday, Nov. . . .