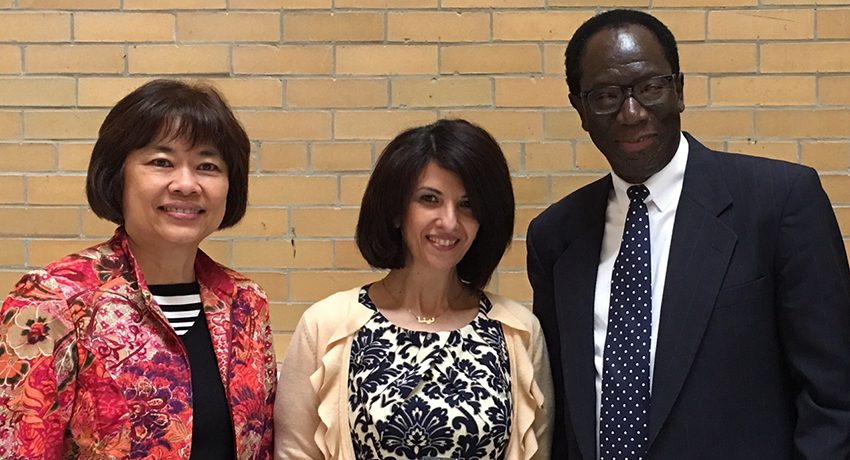 Alumna Honored by State Universities as an Outstanding Educator

Worcester State University alumna Renah Razzaq, a teacher at Doherty Memorial High School and WSU adjunct professor of mathematics, was recently honored by the State Universities of Massachusetts as one of the commonwealth’s nine outstanding educators. Each educator is a graduate of one of the state universities and was recognized for excellence in teaching, leading to student success and stronger communities.

Razzaq is in her 15th year as a mathematics teacher at Doherty. For the last six years, she has served as department head. She also is currently enrolled in the Learning Science and Technology Ph.D. program at Worcester Polytechnic Institute.

Born in the United States to immigrant parents from Palestine, Razzaq describes her educational journey as “a roller coaster ride.” After completing the sixth grade, her mother decided to move back overseas, where Razzaq started seventh grade. But midway through that year, there was an uprising on the West Bank, and her formal schooling was interrupted. Moving from churches to mosques, she tried to secure an education, but by age 17, it became too dangerous in Ramallah, Palestine, and her family moved back to Worcester.

She obtained her GED and then went on to complete studies at Quinsigamond Community College, then transferred to Worcester State University, where she enrolled in the education program. She graduated in 2002 with a bachelor’s degree in mathematics and in 2009 with a master’s degree in secondary administration and leadership.

Almost two centuries ago, Massachusetts became the first state to recognize the importance of teacher preparation programs by establishing the first three schools dedicated to educating teachers, and others followed. Today, these institutions are comprehensive state universities educating students in multiple disciplines beyond education. The Massachusetts State Universities continue to educate more than one-third of all public educators in Massachusetts. 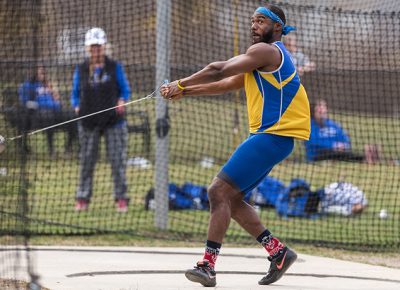 Four Worcester State University student-athletes have finished in the top 20 or 22 of their respective events to qualify for the NCAA Division III National Outdoor Track & Field Championships . . .