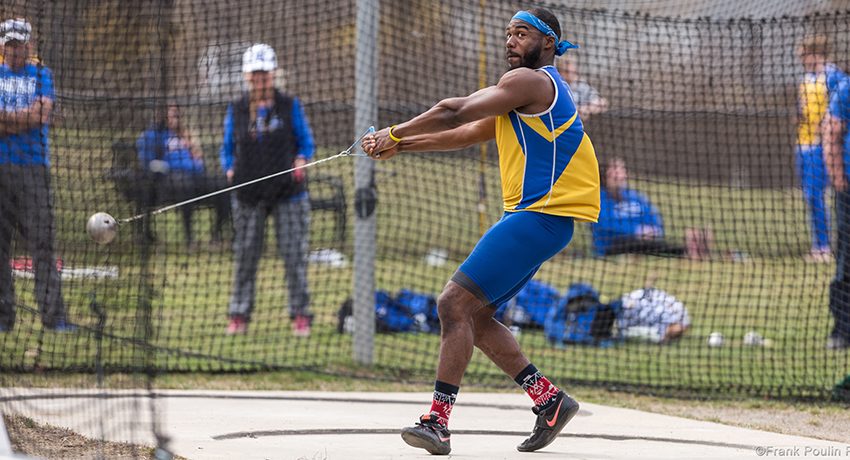 Four Worcester State University student-athletes have finished in the top 20 or 22 of their respective events to qualify for the NCAA Division III National Outdoor Track & Field Championships that are hosted by Mount Union this week (May 25-27) at the SPIRE Institute in Geneva, Ohio.

From the women’s team, sophomore Stephanie McFadries takes her second trip to the NCAA Division III Outdoor Track & Field Championships, as she qualified both last year and this year in the javelin throw. This season, McFadries recorded a top throw and personal record throw of 41.81m to claim top spot at the championships. With this result, she currently stands at 18th on the national list.

On the men’s side, Sam Weeks will take his second trip this year to NCAA’s as he went in the indoor season for the weight throw. This spring season, Weeks qualified in three events: shot put, discus, and hammer throw. Weeks is presently ranked 10th nationally in the discus (50.51m), 13th nationally in the shot put (16.70m), and 18th nationally in the hammer (56.47m). This season, he reached personal records in all his events and was tabbed the MASCAC/Alliance Champion in both the shot put and discus.

Two rookies will make their first appearance at the championships, Edward Boamah and Justin Lewis. Boamah takes the ninth spot in his first outdoor championship in the 400m with a personal record and MASCAC record time of 47.78, which he earned at the MASCAC/New England Alliance Championships on April 29. His classmate, Lewis, is currently ranked 12th in all of Division III in the high jump with a personal record of 2.07m, which he claimed at the Holy Cross meet on April 24.

Both Weeks and McFadries placed in the top 8 in their respective events. 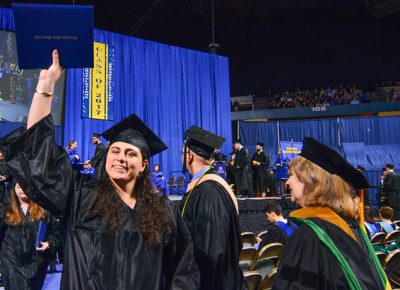 Joe Andruzzi Tells Graduates to ‘Keep Reaching for Your Goals’

Worcester State University conferred more than 1,100 degrees to the undergraduate Class of 2017 during commencement on Saturday, May 13 at the DCU Center. Among those congratulating the students on . . .