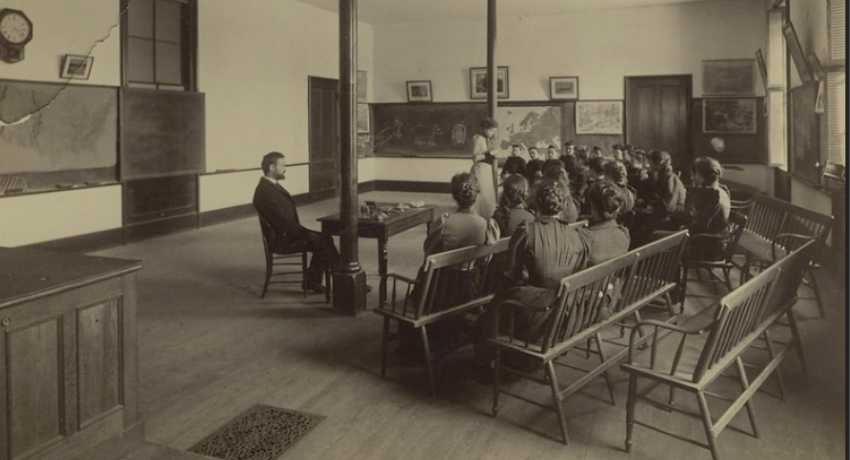 On Nov. 4 alumni, faculty, and students are invited to the Sheehan Multipurpose Room at 11 a.m. to celebrate the release of the second edition of Much and Nothing, Voices from Worcester Normal School 1875-1904. 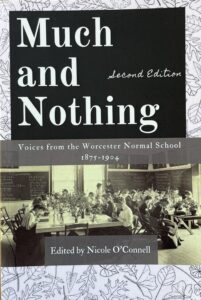 Much and Nothing shares the transcribed words of the early students and instructors of Worcester Normal School, which eventually became Worcester State University. It was transcribed by WSU alumna Nicole O’Connell ‘19 with a double major in English and history. For the second edition, O’Connell was able to discover the names of the women who wrote the 1875-1904 diary entries and attended Worcester Normal School.

The project came about while she was a junior in the spring of 2018 and attended a Women’s History Event hosted by Worcester State’s Archive. At the event, she saw the 29 years worth of diaries and heard people discussing the idea of transcribing them. She decided to take on the effort. 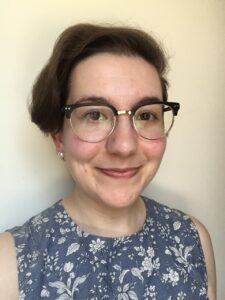 Worcester State alumna Nicole O’Connell, editor of “Much and Nothing,” a collection of diary entries by students from Worcester Normal School.

For her Commonwealth Honors project, O’Connell transcribed all of the diary entries into a book, a time consuming task. She faced some challenges like having difficulty reading some of the cursive writing in the entries, and had help from university archivist Ross Griffiths with reading and transcribing the words. English Professor Cleve Wiese suggested she put the diary entries into a book and the book project was funded by the Alumni Association’s Advisory Board.

“At the archives,” Griffiths said, “we have good documentation from this era about curriculum and campus life, but these diaries show us how students actually experienced their time at Worcester State. They wrote about their feelings, their priorities, and their relationships as well as about mundane issues like commuting to campus or navigating bad weather. These entries help us understand how dramatically student life has changed but also how it has stayed the same. I think many students today would find something in these diaries to relate to.”

Griffiths continued saying, “Transcribing these required extraordinary dedication! Handwriting can be challenging to decipher and it requires sustained focus and attention to detail. Nicole’s painstaking work has made these documents accessible to a much bigger audience.”

The first edition included entries with the initials of most of the women, while the second now includes full names, an effort that took close to two years to complete. O’Connell used spreadsheets to match names of the women to initials in the entries and spent time during her spring break finishing the first edition, and then summer after graduating working on the second edition. Redesigning the cover for the second edition was one of the last steps in the process.

Transcribing the diaries allowed O’Connell to learn about the women featured in the diaries, the Worcester Normal School, and how Worcester was as a whole. “The majority of the student diarists were young white women in their teens and early twenties who were from the New England area,” O’Connell said. “A few Black women and white men did attend as well. Most of the women were unmarried, as married women were not often allowed to be teachers at this time.”

Students at Worcester Normal School wrote about their classes and class discussions, the weather, visitors, school day activities and in some cases, they shared poems and passages by authors like Longfellow and Thoreau.

In one passage Bertha E. Phelps describes her day in rhyme:

This eighteenth of May, Seventy-six
My birthday too finds me in a fix,
I want to write verses and make them rhyme,
And tell some news in every line

Athough that is easier said than done
Yet feeling in the spirit of fun,
Though it should go from bad to worse,
I’ll finish as I began in verse.

Of course with the weather, I must begin; –
Sunshine, rain and chilly like Spring
Then of the school a word I’ll say
All of the boys were present today.

Mr. Russell came home today;
He’s been to other schools they say.
He will tell us much that’s new –
Much better than this, now I am through.

For the first edition, O’Connell did not know much about the women featured in the diaries. Yet, “being able to match their initials to names in the second edition allowed me to learn a little more about them. The WSU Archives also has records from the Graduates’ Association, and there’s a book that provides information on the early graduates of the school. From this record, I was able to see if a diarist kept teaching in local schools, taught somewhere farther away, married and stopped teaching, or went down another path.”

Most of the written diary entries are featured in the book, but O’Connell left out some that were repetitive, only discussing the weather, or talking about being at a certain class.

“It was interesting to see and peek into another time and multiple perspectives of what was happening at the school,” she said.

O’Connell is currently studying at UMass Amherst on her Ph.D. in English, concentrating in Composition and Rhetoric and has interests in either teaching writing in higher education or going into the technical communication field. 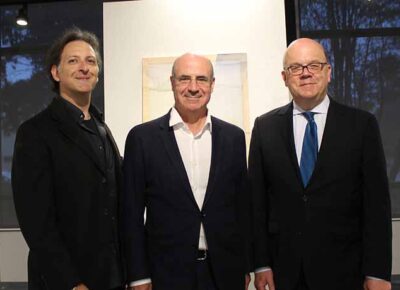 Bill Browder, an author, financier, and a man who is said to be among people Russian President Vladimir Putin most dislikes in the world, spoke recently at Worcester State  about politics, . . .