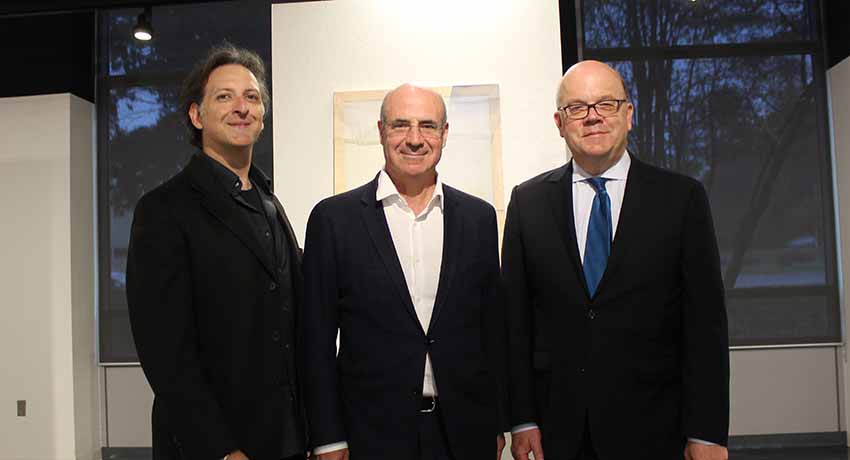 Bill Browder, an author, financier, and a man who is said to be among people Russian President Vladimir Putin most dislikes in the world, spoke recently at Worcester State  about politics, corruption, and continuing human rights violations at the hands of the much-reviled Russian politician. 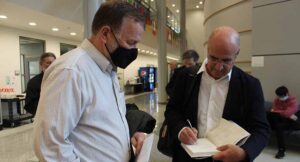 Bill Browder signing one of his books at the WSU event

Browder has been targeted by Putin because he helped expose one of the largest corruption cases in Russia’s history—a $230 million fraudulent tax refund, orchestrated by Putin’s inner circle, to enrich themselves at the expense of the Russian people. Putin jailed the accountant who blew the whistle, Sergei Magnitsky—who ultimately died in custody after being severely beaten. Magnitsky had been working as an advisor to Browder’s hedge fund firm, Hermitage Capital Management, at the time of his arrest.

Despite Putin’s ongoing threats, Browder continues to tell his story, and his bestselling books have received acclaim for their gripping details of Putin’s reign of terror.

Browder came to Worcester for the WSU forum at the request of U.S. Rep. Jim McGovern, who joined him for the discussion. Over 200 people attended the event, which was moderated by Dr. Tony Dell’Aera, associate professor of political science. Browder said he gets as many as 10 interview requests a day, but time constraints mean he cannot honor most of them. However, he accepts the invitation whenever Rep. McGovern asks because the congressman worked with Browder and others to demand consequences for the corrupt Kremlin officials who killed Magnitsky.

After compelling testimony from Browder in a congressional hearing, Rep. McGovern introduced the Sergei Magnitsky Rule of Law Accountability Act which President Obama signed into law in 2012—sanctioning 58 individuals and two entities from Russia for Magnitsky’s death and other human rights abuses.

In 2016, the act was expanded to become global in reach. Now, 35 countries have implemented Magnitsky legislation, and the act has served as a template for sanctions being levied against Russian criminals and oligarchs in the Ukraine war. 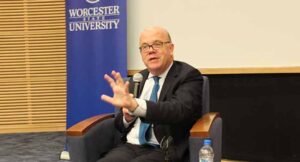 “It’s a consequence for people who do terrible things,” Rep. McGovern said. “I really believe if the United States of America stands for anything, it ought to stand foursquare and out loud for human rights. We need to uphold a high standard of human rights here at home and in our behavior abroad, but we also must be a voice for those who are persecuted anywhere, because if we’re not, nobody will be.”

The Magnitsky Act has been an important tool toward that goal, according to Browder. “It all started in his hearing room,” he said of Rep. McGovern. “He took my testimony and said, ‘We should make a law’ and he made a law called the Magnitsky Act and it’s very rare that someone can massively change the world and very rarely one politician can, but this man has.”

While human rights activists were thrilled when the act was passed, Putin was not because it threatened the kleptocracy that had made him and his oligarchs among the richest men in the world.

“After the Magnitsky Act was passed, Putin got really, really mad,” Browder said. “He got so mad that he made it his single largest foreign policy priority to repeal the Magnitsky Act and go after me and various people who helped me with it.” One of those people, Boris Nemtsov, was a former high-level Russian opposition politician was murdered outside the Kremlin. In Browder’s case, Putin chased him around the world with Interpol warrants, extradition requests, death threats, “all sorts of nastiness.”

These experiences compelled Browder to write a second book, which he started in July 2018. Taking a break from writing one morning he noticed his phone had 176 new messages since he last checked it just one hour earlier.

“The first one says, ‘Bill, are you watching Helsinki?’ The second message had a bunch of swear words which I won’t repeat. The third message was ‘If you need a place to hide out, I’ve got a cabin in the mountains.’”

What was going on at the time was that former president Trump was meeting with Putin in Helsinki, Finland, in the first summit between the two leaders. The summit was taking place on Monday. The previous Friday, Robert Mueller, special counsel for the Department of Justice who was investigating Russian interference in the 2016 election, had indicted 12 Russian military intelligence officers.

In Helsinki, the two presidents held their infamous secret meeting – no national security adviser, no secretary of state, no aides, no notetakers, no translators – just Trump, Putin, and one of Putin’s assistants.

“They go into this meeting for four and a half hours and nobody knows what was said,” Browder recalled. “Then they emerge into this press conference and a guy from Reuters raises his hand and he says to Putin, ‘Mr. President, are you planning on handing over the 12 military intelligence officers?

“Putin smiles. He’s been expecting this question all weekend and preparing for it, and he says ‘It’s possible that I would. But I would expect some reciprocity from our American friends if I did so. Specifically, I would expect them to hand over Bill Browder.’”

Browder, understandably, found the comment unsettling. “Of the seven billion people in the world I was the one being discussed at this press conference,” he said. “It wasn’t really a surprise, though, because Putin has hated my guts since the Magnitsky Act was passed.

“What was a surprise, however, was the obvious question to Trump when another journalist asked, ‘Mr. President, what do you think of Mr. Putin’s offer?’ And without skipping a beat Trumps says, ‘I think it was an incredible offer.’ That really did surprise me. The most powerful man in the free world is ready to hand me over to a dictator who wants to kill me.”

After the summit, Browder said he was expecting at any moment someone from the Trump administration would walk back Trump’s remarks and say there had been a mistake and that Trump had meant to say it was an incredibly bad offer or something like that. But there was no word.

By the next morning, Putin, who often is called a master negotiator, realized he had made a bad deal and increased his ask to 12 of his perceived enemies. They included former U.S. ambassador to Russia Michael McFaul and three agents from the Department of Homeland Security who were investigating Russians for possible sanctioning under the Magnitsky Act.

So, Browder was expecting that at any moment the U.S. government would very robustly reject Putin’s horrible proposal and the ordeal would be over. “But there was silence for one day, and two days, and three days,” he said. “And I’m doing media interviews the whole time. Everyone wants to know who’s this Bill Browder?”

During one TV appearance, Browder’s interview was cut short so the network could cover a White House press conference. “I’m sitting in the studio. I still have the earpiece in and I’m listening to this press conference with Sarah Huckabee Sanders, and Maggie Haberman from the New York Times raises her hand and says, ‘Is the president planning to hand over Bill Browder, Mike McFaul and the 10 others?’ And this was her moment to say ‘Of course not. That’s ridiculous.’ But she didn’t. She said ‘The president is still considering it. He’s consulting his advisors.’”

At that point, an outraged Congress stepped into the fray and took up the matter. “There was no difference between Democrats and Republicans. Everyone was equally outraged,” Browder said. “Public statements were coming out across the board from all different members of Congress. The Senate then decides they’re going to have a vote the next day about whether to hand us over or not.

“The vote was supposed to take place at 4 p.m. on that day and I think the White House was looking at this potentially huge embarrassment and so about 3:10 they issued a very meek statement saying, ‘While the president understood that Mr. Putin’s request was sincere, he’s unable to honor it at this time.’”

An hour later, the Senate voted 98 to 0 not to hand the Americans over to Putin. “So, when I say I’m happy to be here today, I really mean it,” Browder said.

Browder has written two bestselling books about his experiences jousting with the Russian government’s kleptocracy, “Freezing Order: A True Story of Russian Money Laundering, Murder and Surviving Vladimir Putin’s Wrath” and “Red Notice: A True Story of High Finance, Murder and One Man’s Fight for Justice.” 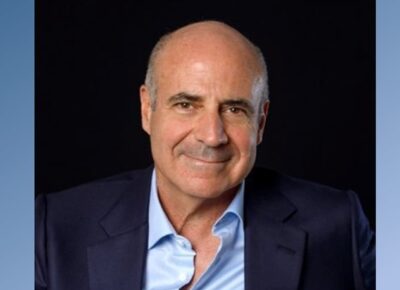 Editor's note: This story was updated 8 a.m. Oct. 13 to reflect a change in venue for the lecture. It will be held in the Science & Technology Building, Room 102 New York Times bestseller Bill . . .