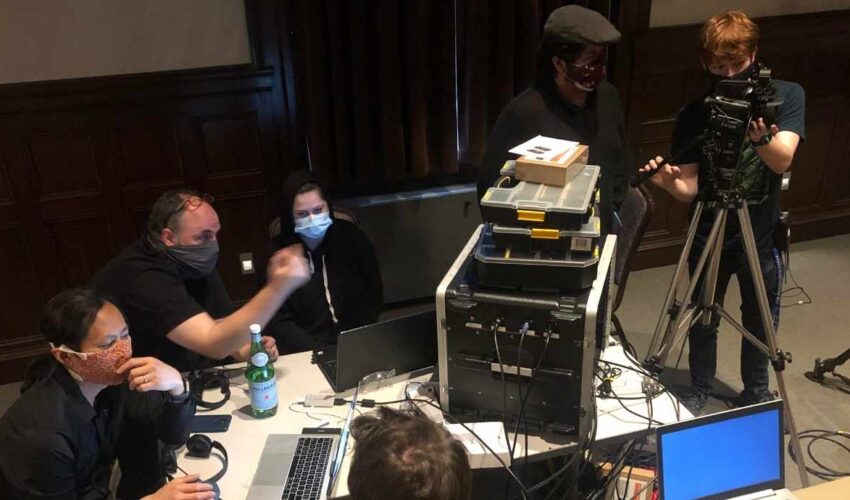 Collin Turner ‘22 is putting the experiential learning gained during his time at Worcester State University to work in exciting ways in the cities of Boston and Worcester.

Turner learned about sound design through working on several Worcester State theater productions with Visual and Performing Arts professor Adam Zahler, a mentor who recently connected Turner with renowned magician Paul Gertner for work in “Miracles and Other Deceptions.” This deep understanding of the important roles of sound guided Turner as he went on to underscore music and sound effects for Gertner’s show, all while working to maintain a lighthearted and fun vibe for audience members who represent a wide range of ages. Gertner’s show offers audiences an up-close-and-personal magic experience at Boston’s Omni Parker House through December 10.

“After working on several theatrical productions in my time at Worcester State, I’ve learned that the most important elements to consider (when adding music to a show) are the setting and the overall feel of the production,” said Turner, who added that his Communications studies served as an especially impactful parallel to his real-world experiences with VPA on campus. “If it’s a modern-day drama, there’s a whole range of musical styles to choose from to match that feel. If it’s a comedy set 50 or 60 years ago, you’d want to make sure to find upbeat music from the era to underscore or highlight part of the show.

“With that audience in mind, I remembered the works of the NYC-based Postmodern Jukebox, a rotating jazz group who specializes in covering modern day music in the styles of early 20th century R&B and Jazz, among other genres,” Turner said.

As part of his work, Turner said he searched for moments throughout the show that could benefit from an accent, with opportunities ranging from the buildups to tricks while Gertner entertained audiences with stories that often related to his childhood in Pittsburgh to the conclusions of tricks. In addition, the Worcester State alum helped choose pre-show music for guests to enjoy as they arrived.

“Essentially what we have is a very small, intimate closeup magic show going at the Omni Parker House hotel for four years – with one and a half off for COVID – and the show is designed for 32 people with cards and coins and dice and the audience is literally right beside you,” Gertner said. “So in a show like that, the use of sound, audio, and other elements is usually not done, but that’s why we brought Collin into the mix for and he has been great to work with. Different magic tricks have different moods and different feelings, and he’s pretty perceptive in adding a nice feeling to a magic piece or illusion.”

The experience left an impression for Turner.

“I’m so glad that going to Worcester State has led me to opportunities like this,” said Turner, who also landed work recently as a video editor for “Unsolved Worcester,” a new podcast set to launch on October 18. “I can honestly say I never thought I’d be able to do these things when I started college four years ago, but I’m really excited that they have come my way. You really never know where your career path might take you, and for me that makes the future exciting.”

Turner pointed to Zahler’s instrumental role in connecting him to the path of the accomplished Boston magician who has appeared on national television programs over the years ranging from “The Tonight Show with Johnny Carson” to “Mister Rogers’ Neighborhood,” and Zahler shared his own fascinating – and almost magical – story of how he met Gertner.

The professor said he first watched Gertner on Penn & Teller’s popular show “Fool Us,” a competition featuring some of the nation’s most talented magicians as they attempt to stump the famous duo with their tricks – an accomplishment Gertner has achieved two out of five record appearances on a show that has enamored television audiences for nine seasons.

“I saw Paul on Penn & Teller’s show, and in one of the clips, he mentioned how he lived in Boston and had a show in the city,” said Zahler, who is also serving as Director of Worcester State Visual and Performing Arts’ upcoming theatre production, “Psycho Beach Party” by Charles Busch.

While the first wave of the COVID-19 pandemic delayed Zahler’s trip to see Gertner’s “Miracles and Other Deceptions” in Boston, Zahler said that he and his wife Amy never forgot about their desire to see the show. When they eventually made it, Zahler said they were amazed by Gertner’s talent, including his ability to spin classic tricks in unprecedented ways. On “Fool Us,” Penn & Teller commended Gertner for adding the unexpected element of sound to the standard cups and balls trick that has long been adopted by magicians from an old gambling scam involving three shells. Gertner’s approach is different in that he uses steel cups and balls that seem to signal their location by dinging the sides of the overturned cup, for example.

Following Zahler’s in-person viewing of Gertner’s Boston show, Zahler said that Gertner reached out to audience members via email, a communication that prompted the theatre professor to not only post a favorable and public review of the show, but also reply personally to the magician with a note about how much he and Amy enjoyed it. Gertner noticed the title of director in Zahler’s electronic signature, and proceeded to ask about his interest in collaborating.

As a result, Zahler ultimately went from admiring Gertner’s magic on television to working directly with him behind-the-scenes as a directing consultant. Zahler provided feedback that helped shape the Boston show and assisted the performer with the deliveries of certain lines – all in addition to connecting him with his former student for sound work, which marked an especially meaningful moment.

“Collin designed sound for four years worth of shows at Worcester State, and he worked well right from the beginning,” Zahler said. “He is really good at finding music that fits the emotional tone of the moment, and he’s really good at finding royalty music and stuff in the public domain – for almost any style, really – and he’s great at editing and engineering it.”

“The show is basically about 90 percent original material,” Gertner said. “I’m an inventor and a creator of magic as well as a performer, so the show is not what you’ve ever seen before. I specialize in very visual magic where things are happening literally in front of your eyes. All of the magic in the show (was also performed by Gertner) on Penn and Teller’s ‘Fool Us,’ so it’s kind of fun and they recognize some of the routines. I would say the main thing about the show is that there is a little bit of storytelling about how I became interested in magic and what it’s like to be a father who is a magician and now a grandfather is a magician. I also relate it back to the idea of someone finding a passion. My father had a passion for movies. He was a steel worker with Steven Spielberg dreams who never got to follow his passion, but thanks to his passion, I followed mine.” 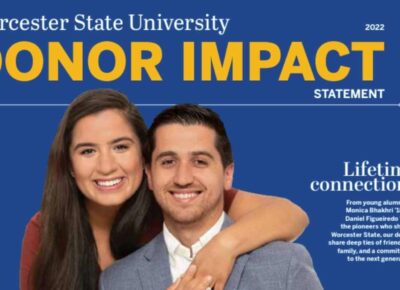