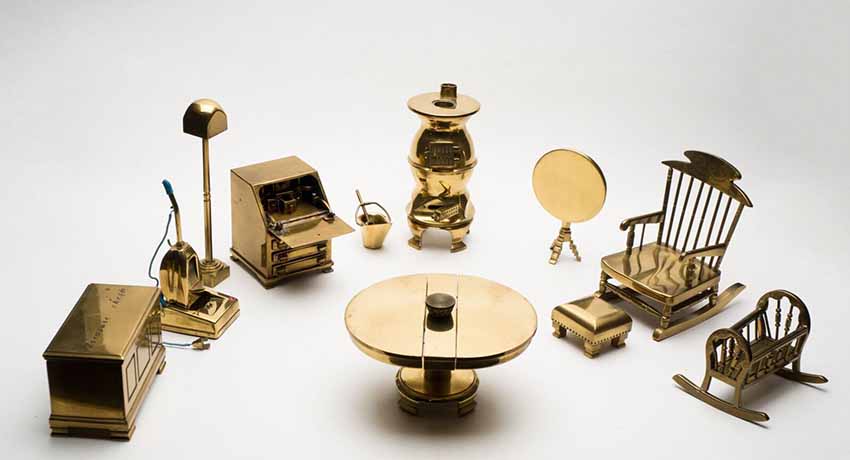 At an age when most people look forward to retiring, Robert Megerdichian MS ’22 has found a new mission in life: to see his father’s metal art in a major museum. He even returned to college with that goal in mind, graduating at age 69 in May with a Master of Science degree in nonprofit management from Worcester State.

He has degrees in civil engineering and in fine art history from Tufts University, and also studied architecture before opening an architectural consulting business in 1990 and a second business in 2010 of restoring old baseball gloves. The Boston Globe once called him “The Glove Whisperer.” 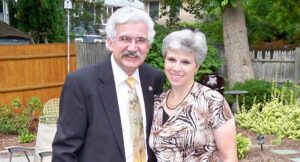 His Worcester State degree, he said, has positioned him for a late career reorientation to the museum world. “I went back to school because of my father’s collection,” Megerdichian said. “I may be able to parlay my degree into a part-time job in a museum, which is what I would like to do, as everything I do now is related to this collection. I don’t know if the word is obsession, but it’s certainly beyond being an avocation.”

The collection is made up of meticulously crafted pieces made of various metals that Megerdichian’s late father, Abraham, a machinist, created as unique gifts for family and friends. Objects range from fanciful miniatures to functional full-size items, such as a usable solid aluminum rolling pin he made for Megerdichian’s wife, Becky, in recognition of her considerable baking skills. Most, however, are miniatures, measuring somewhere in the four-to-six-inch range, depending on the piece. There’s a shoebox size toolbox complete with miniature tools, a step ladder that a Lilliputian could use, and an entire set of living room furniture complete with a miniscule potbelly stove and a Hoover vacuum, among hundreds of other items.

So far, Megerdichian has succeeded in getting his father’s art displayed at nearly 20 venues, including the Boston and Providence Children’s Museums and the Museum of Science in Boston. A grant from the Worcester State Foundation helped Megerdichian finance a recent exhibit of some of the objects at the Mini Time Machine Museum of Miniatures in Tucson, Arizona.

Other exhibits are planned locally. Megerdichian has had articles published and has appeared on television and radio broadcasts in his quest to promote the collection. He also has given many talks about his father and how his artwork came to be.

“My goal is to get my father recognized as a bona fide artist and to establish a museum dedicated to his art,” he said. Short of establishing an entirely new museum, Megerdichian said he would consider his quest complete if he were able to land an exhibition at a top-tier museum, such as the Museum of Fine Arts in Boston.

High-level museum shows would help Megerdichian reach more people with the story of his father, who was born in Massachusetts in 1923 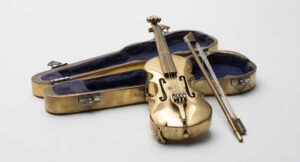 Shoebox-size violin with bow and case

to Armenian immigrants. After serving in the Navy as a ship’s cook in the Pacific during World War II, he returned home and worked his entire forty-year career as a machinist at General Electric, making aircraft engine parts.

Beginning in the early 1950s, he scavenged through the scrap metal dumpster at his factory, looking for odd pieces to refashion into new objects. Among his earliest pieces was a pair of adjustable-height candle holders for his wife. Abe machined a toy truck set for Megerdichian when he was only four months old: a solid aluminum tractor to pull three different trailers – a box truck, a car hauler, and a log carrier. He continued making his art right up until he died in 1983. By then, he had created several hundred objets d’art.

During Megerdichian’s engagement to Becky, Abe made several presents for her. Knowing she was a tennis player, he crafted a paperweight that was a duffel bag with a tennis racquet attached. He also made her a carving knife inscribed with her soon-to-be married name and wedding date.

After Abe’s death, his artwork remained many years in Megerdichian’s basement, locked in what Abraham called a ‘soondoog,’ the Armenian word for ‘trunk.’ One day, after Megerdichian discovered the long-lost key to the soondoog, he and Becky pulled the pieces out one by one, and the memories came flooding back.
“We used to display the presents he made for us on wooden shelves that he designed and built for our living room,” Megerdichian said. “As time went by, older gifts were retired to the soondoog to make room for newer ones.”

The memories and the polished beauty of the pieces inspired Megerdichian to take on the challenge of promoting his father’s art. “I cherished 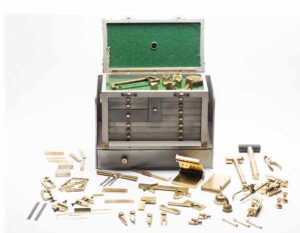 my family life,” he said. “I owe a lot to my parents, and this is my way of giving back. And if you get to hear one of my talks about my father, it’s like a chat with him. Afterwards people come up to me and say, ‘You know, you make your father come alive.’”

Megerdichian’s search for a venue for his father’s art began eight years ago when he visited the Charles River Museum of Industry in Waltham on open-house day. “Into my parka pocket, I put Dad’s masterpiece, his brass violin with horsehair bow and case, and wrapped them in the plastic bag my daily newspaper was delivered,” Megerdichian wrote, in one of the many articles about the collection he has published. “I asked the director to allow me 30 seconds to show her one piece of artwork for a possible display.

“Amazed at Dad’s stunningly accurate creation, she offered to view the collection. Overwhelmed by the large number of pieces and the expert skill with which Dad had produced them, the director committed to host an exhibit.”

Megerdichian is firm in his belief that his father’s work deserves to be displayed in first-class institutions and plans to continue pursuing that goal.s.

“I’ve spent the last eight years getting him into institutions and improving the quality of the exhibits each time,” he said. “I think it’s going to be the direction that my life takes from here on out. It might take me the rest of my life to pull this off. So, what exactly am I trying to pull off? As much as I possibly can. I’m working hard to get him recognized and if I can get him into a top-notch museum or have more stories published about him, I can then say I’ve done my job.” 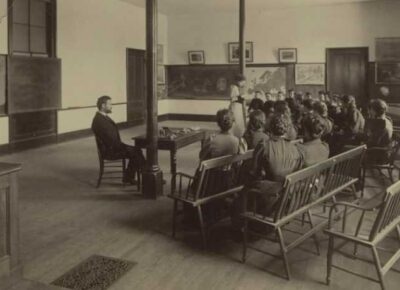 On Nov. 4 alumni, faculty, and students are invited to the Sheehan Multipurpose Room at 11 a.m. to celebrate the release of the second edition of Much and Nothing, Voices from Worcester Normal School . . .