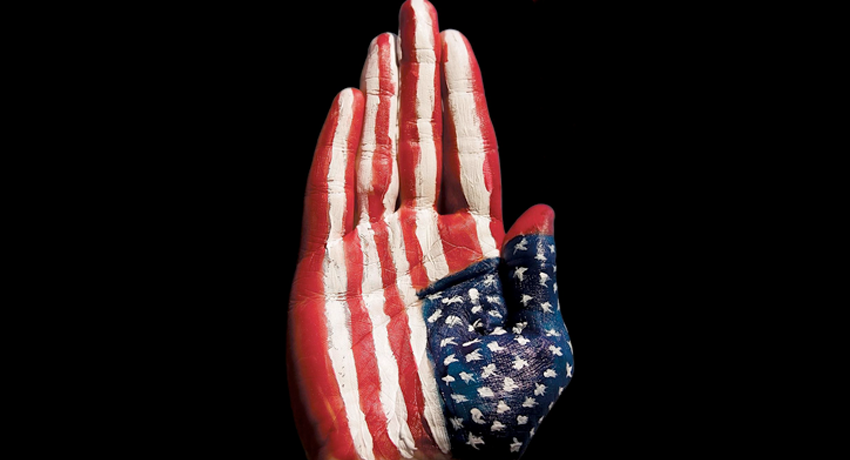 Anand Giridharadas, New York Times columnist and author of The True American: Murder and Mercy in Texas, challenged an overflow audience at Worcester State University on Wednesday, Feb. 25 to do its part to keep the American Dream alive for everyone in this country.

The event was  part of the first in WSU’s new University Keynote Series, which aims to have as many people as possible involved with a chosen book and engaging with each other and the author. The True American has been the focus of student and faculty discussions, research topic suggestions, and class assignments.

Giridharadas’ evening lecture was attended by many members of the public as well as the University community and capped a day-long visit in which the author met with groups of students to explore themes ranging from poverty to immigration to what it’s like to be a journalist.

“He met, for example, with students who are English majors, and they got to see a potential career path as journalists,” said Patricia Marshall, associate vice president of academic affairs, who was instrumental in getting the keynote series started on campus. “I think it shows a sense of purpose beyond the University to our students and it gets our intellectual community really excited. There was a lot of faculty involvement is all of this.”

The True American is a gripping non-fiction account about a Muslim immigrant’s campaign to spare from Texas’s Death Row the white supremacist who tried to kill him. It is the true story of Raisuddin Bhuiyan, a former Bangladesh Air Force officer who had come to America with dreams of working in the field of technology. His American ambitions stalled, and then turned into a nightmare shortly after 9/11 in 2001 when Bhuiyan was shot and nearly killed while working at a Dallas mini-mart. The assailant was an impoverished white supremacist named Mark Stroman, who went on a shooting spree as in misguided revenge for the World Trade Center attacks.

Bhuiyan easily could have felt revenge in return, but after deep reflection he found forgiveness instead and began a campaign to have Stroman saved from the death penalty. Giridharadas also could easily have simply condemned Stroman’s violent act, but reserved judgment as he dug into the reasons behind it. He discovered Stroman was the son of parents as abusive as they were poor, someone whose character was molded by the hope-quashing triumvirate of bad parents, bad schools, and bad prisons.

If it were just the story of one man’s violent crime, then there wouldn’t have been a book, he said. But Stroman belongs to a growing group of abjectly poor Americans who have virtually no chance of ever catching even the coattails of the American Dream, and so have, perhaps, given up trying. The other America—the educated, striving, achieving America, a societal segment for whom a violent choice like Stroman’s is utterly unthinkable—can scarcely imagine the dire lack of resources and desperation of their have-not counterparts, according to Giridharadas. They simply live in two completely different worlds, which Giridharadas termed first world and third world America.

“I started out as I began to write this book hearing so many people either say the American Dream is dead or America’s the best country in the world. The American Dream is not dead. What are you talking about? I heard nobody saying what I was seeing in this story, which is that both are profoundly true. It just depends on who you are,” he said.

A question-and-answer period, which followed the lecture, was hosted by Samuel O’Connell, assistant professor of visual and performing arts and director of WSU’s Theme Semester. Discussions about the book have been ongoing throughout the semester and have touched on important topics such as immigration, American culture and inequality, ideas that were reflected in Giridharadas’ talk Wednesday night.

“It’s was a wonderful discussion that is directly connected to our Theme Semester,” WSU President Barry Maloney said after the lecture. “I think the author has touched on several provocative points that, also as a member of the Worcester community, one should think about very closely.”

Giridharadas said he wrote The True American for two reasons: because of the power of the story and also “because I think these two men form a parable for us about the whole of our society and about choices we have about what kind of America we want to live in.”

That sentiment struck a chord with Karen Woods Weierman, keynote series organizer, director of WSU’s Honors Program, and a professor of English.

“I was most moved by the challenge he gave to the audience where he talked about the parable of two Americas and where do we go from here,” she said. “And I liked how he talked about how the book wasn’t just a dramatic story, but about the larger story of where our country is going.”

It is a complicated and difficult challenge, but not an impossible one, according to Weierman.

“I think ultimately it was a warning, but it was also an optimistic conclusion that it doesn’t have to be this way,” she said. 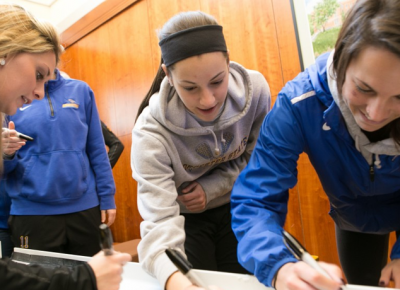 Members of the Worcester State University community gathered to mark a milestone in the construction of the Wellness Center on Wednesday, Feb. 11, signing a ceremonial beam that will soon be hoisted to the highest spot on the building. A tradition in major construction projects, the Topping Off Ceremony is an important sign of progress, and another opportunity for the WSU community to celebrate a . . .