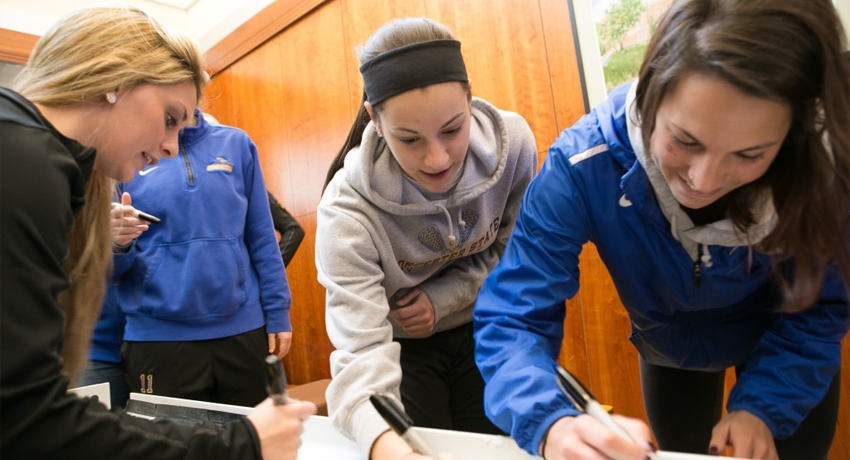 Members of the Worcester State University community gathered to mark a milestone in the construction of the Wellness Center on Wednesday, Feb. 11, signing a ceremonial beam that will soon be hoisted to the highest spot on the building. A tradition in major construction projects, the Topping Off Ceremony is an important sign of progress, and another opportunity for the WSU community to celebrate a building that will transform both the physical look of the campus, and the quality of student life.

Before signing the beam, President Barry M.  Maloney thanked all who were instrumental in getting the building to this milestone, including the construction workers who have continued to work even through the recent snowstorms, and the many alumni and donors who have offered financial support for the project. He noted the endurance of current student-athletes who are leading temporary nomadic lives while their new home court is under construction.

The $52 million, 100,000-square-foot Wellness Center will provide modern athletic and wellness facilities and resources for varsity athletics as well as the entire student body and campus community. The building will feature athletic space, three exercise rooms, a multipurpose gym and a competition gym, batting cages, instructional space, community space and a lounge, among other amenities. Scheduled to be completed in the summer of 2016, the building’s next major milestone will be when it becomes weather tight. 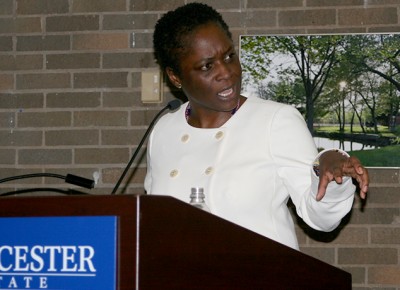 Who is black, who is not, and who cares? When it comes to answering these questions in the realm of American racial politics, says Dr. Yaba Blay, the task is not so simple. "Somehow we seem to be . . .