Arkansas, Texas, and Martha’s Vineyard Arrive at the Dolphin Gallery

The Mary Cosgrove Dolphin Art Gallery shifted from full color to black and white on November 6, the opening date of the Armstrong-DiRado exhibit, which runs through December 11, 2014.

With the exhibit “Regarding Landscapes,” Clark University photography professors Frank Armstrong and Stephen DiRado are showcasing more than 20 photographs, in both digital formats and in the original 8X10 size of their negatives.

The collection encompasses years of work for the two photographers, and the images reflect each of their styles. DiRado’s work included shots of people in landscapes he prefers, many of them from Aquinnah’s nudist beaches on Martha’s Vineyard. Armstrong’s pieces, on the other hand, do not include people, and feature landscapes from as far away as Texas and Arkansas.

Gallery hours are Tuesday through Friday 11 a.m to 5 p.m., and Saturdays 1 to 5 p.m. The exhibit is the first sponsored by Worcester State University’s Visual and Performing Arts Department focused exclusively on black and white photography. It is also the first joint exhibit by the two Clark University professors. 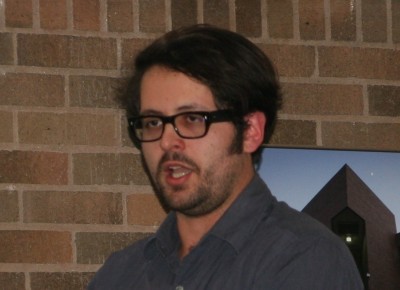 When one thinks of the word of “propaganda,” you are likely to think of the Nazi, Soviet Russia, and North Korean films and newsreels that feature marching armies and adoring citizens saluting . . .