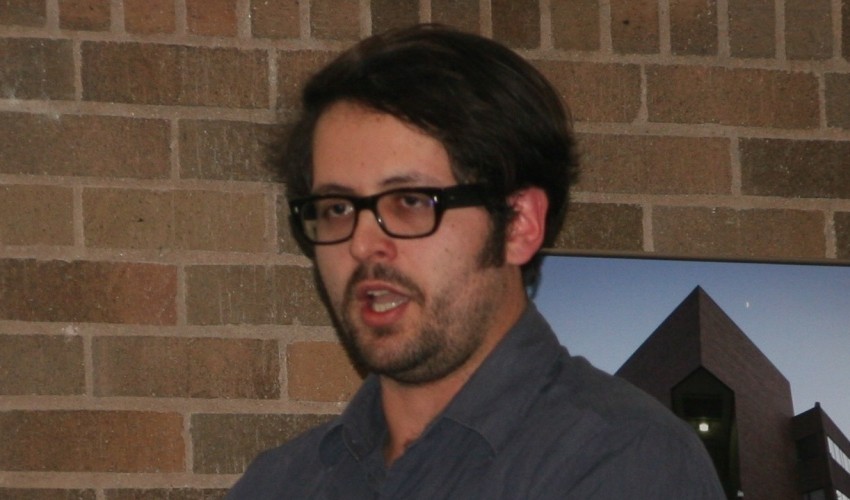 When one thinks of the word of “propaganda,” you are likely to think of the Nazi, Soviet Russia, and North Korean films and newsreels that feature marching armies and adoring citizens saluting their leader—not documentaries. Yet Maxim Pozdorovkin believes that propaganda and documentary films are far more similar than it would appear.

“The notion of propaganda is understood as presenting a more nuanced and multi-faceted argument for why one should have a certain belief,” he explained, “and when you think about it, that sounds a lot like what a documentary film does.”

The award-winning and critically acclaimed filmmaker recently visited Worcester State University to  take part in the 2014 Diversity Lecture Series, where he gave a short presentation entitled “Documentary Film & Journalism: Bed Fellows or Foes?” In addition to discussing his work, Pozdorovkin talked about the medium of documentary films, how they were similar and different from propaganda, and how they enabled self-expression and projected new ideas.

“I’ve always actually wanted to give this talk, specifically about documentary film today and its relationship with journalism,” said Pozdorovkin.

Pozdorovkin is best known for his HBO documentary Pussy Riot: A Punk Prayer, which features the title-name Russian performance art and activist group that became the center of international attention due to arrest and imprisonment of three of its members for performing at Moscow’s Cathedral of Christ the Savior. The film focuses on the three accused Pussy Riot members – Nadezhda Tolokonnikova, Maria Alyokhina, and Yekaterina Samutsevich – and their trial, as well as the group’s history and the mixed reaction from their supporters and critics.

By using clips and quotes from early propaganda films, including those from Soviet Russia and Nazi Germany, Pozdorovkin showed how documentaries that focus on social issues could be considered indoctrination. As he pointed out, many of the first documentaries were actually military compilation films, which transformed news and propaganda reports into longer narrative structures for general audiences.

Pozdorovkin also said that the main struggle of today’s “golden age” of documentaries was resisting the requirement to propagandize subject material, and feeling forced to provide the viewers with a clear interpretation of what they should get out of the film. When asked during the following Q&A session if he began his projects with a clear point of view on the subject, Pozdorovkin said that it varied from project to project.

“Sometimes I don’t have any opinion on a subject,” he admitted, “and I think that can be really exciting.”

The filmmaker used Pussy Riot: A Punk Prayer as an example of this tug of war, where he felt that it was easy to fall into the trap of showing only one point of view on the subject, or as Pozdorovkin called it, “pre-existing narratives.” Such propagandist documentaries, he argued, inevitably make their audiences more susceptible to propaganda elsewhere. However, Pozdorovkin stressed that he was not arguing for an absence of interpretation in documentary films, saying that purely observational filmmaking does not necessarily provide greater truth. “There are no rules in filmmaking,” he declared, “only specific solutions to problems.”

“What I would like to see documentary films embrace is the unpredictability of reality, and use those moments to challenge us and make us aware of the tendencies we that we accrue as viewers of television and mainstream media.”

Remember, this will live on the Web nearly forever! 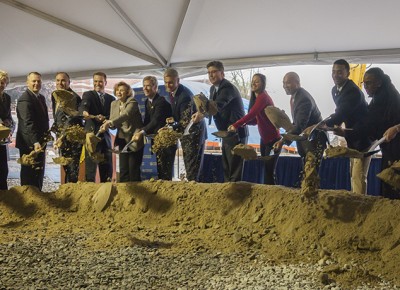 Although the wind and rain may not have been the ideal conditions for the groundbreaking ceremony of the new Wellness Center, it was countered by the glowing praise from state and university . . .