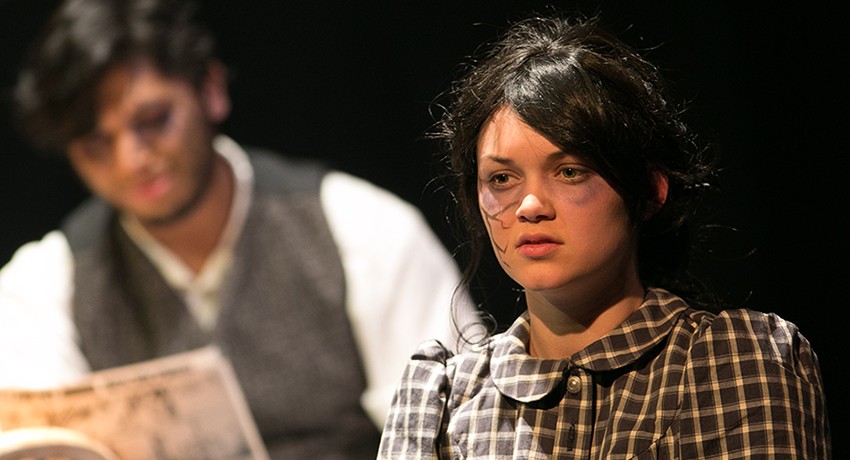 Armenian Genocide Survivors Are the Subjects of ‘Beast on the Moon’

From struggle to survival, from loss to love, the most recent production by the Visual and Peforming Arts Department and Worcester State Theatre tells the story of two survivors of the Armenian Genocide.  “Beast on the Moon” by Richard Kalinoski opened in Fuller Theater April 16-19, in recognition of the 100th anniversary of the beginning of the Armenian Genocide in the Ottoman Empire during World War I.

While one of the first genocides to occur in modern history (indeed, the word genocide was first used to describe the destruction of the Armenians) the Armenian Genocide is not as well known to Americans as the genocides of Rwanda or Hitler’s Holocaust. This, perhaps, is because the American government has yet to recognize the Armenian Genocide as a genocide, due to fear of worsening relations with Turkey (who denies the genocide took place), a key ally in the War on Terror in the Middle East.

Tickets for the play are available through VPABoxOffice@worcester.edu 508-929-8843, at the Student Center, or at the door. The tickets are $14 general public, $10 senior citizens, and $7 students. WOO card holders receive a discount.

Flordelino Lagundino, the director of the play, wants the play and the emotional distress of the characters to raise further awareness of the struggle of the Armenians with an American audience.  “My goal is to tell stories that have gone unheard,” said Lagundino. “With Beast on the Moon, I want to make sure that the story of the Armenians is taken care of, heard, and witnessed.”

Set in Milwaukee during the 1920s, Beast on the Moon tells the story of Aram, who has lost his entire family in the genocide, who orders an Armenian mail-order bride so that he may start a new family. However, complications arise when his bride, the young Seta, proves unable to have children.

Angela Georger, who plays the role of Seta, spoke about the opportunity she had to play the character.  “As a junior in the Worcester State VPA Department, I’ve played my fair share of interesting characters. However, there is just something about Seta that made me fall head over heels in love with her,” she said. “It might be her wit, her kindness, or her sheer will. She has the most incredible story of hope and survival; the audience will have to decide for themselves whether I do justice to such an incredible character and heartbreaking play.”

The premiere of Beast on the Moon also kicks off the Visual and Performing Arts Department’s “Extreme ART-ery,” where the campus comes alive with a wide array of artistic events. Following Beast on the Moon are the opening of the Student Thesis Art Show, where VPA Majors exhibit the culmination of their work at the Mary Cosgrove Dolphin Gallery, located on the first floor of the Science & Tech building, and the Bon Voyage Concert performed by the WSU Chorus and Choral groups, as they prepare for their tour of Scotland.

This story was written by Alex MacDougall, VPA Department intern, and Lyn Branscomb. 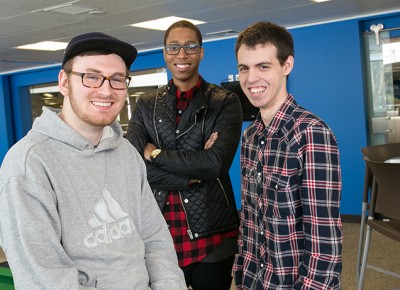 The gaming world operates in its own dimension using its own rules, one where influential YouTube reviewers can make or break aspiring game developers’ dreams, and success means attracting the . . .