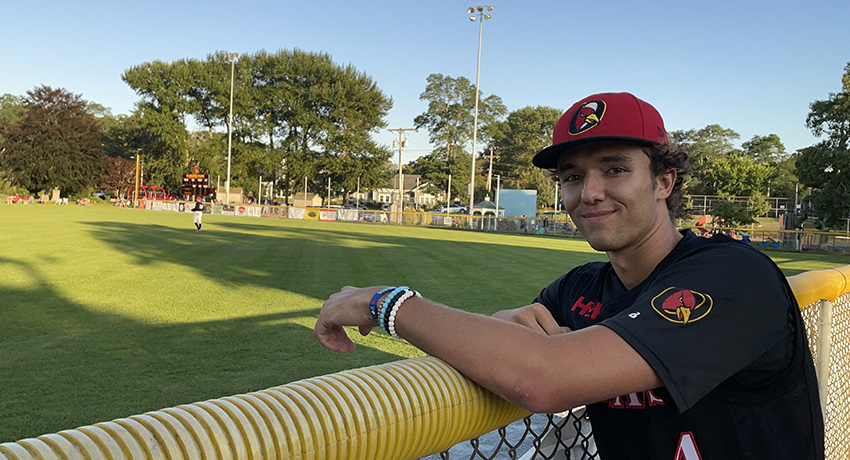 As with most student-athletes playing baseball at the college level, Michael Chaves ’22 lives and breathes his sport all year round. Although the senior co-captain is looking forward to leading the Lancers to a successful season next spring, he’s also realistic about his chances for continuing to be immersed in the baseball life after college.

As a result, the psychology major and communication minor is focusing on the “student” part of be a student-athlete, with an ultimate career goal of becoming a guidance counselor.

“I would like to help kids with no clear path find a direction and make good decisions,” he says. “Every kid is different. I want to help students find their way.”

This summer, however, the “athlete” part of the student-athlete description got a special, unexpected boost while Chaves was serving as a bullpen catcher for the Orleans Firebirds in the prestigious Cape Cod Baseball League. His job all summer had been helping to warm up the pitchers before and during the games.

Then, when Orleans faced Chatham on July 28 as Chaves was readying the relievers, the team called right-hander Connor Housley from the bullpen in the eighth inning and tapped Chaves to come into the game to catch for him. The move came as a complete surprise to Chaves.

“In the moment I was nervous, excited, and just ready to go,” Chaves says. “I had been talking to my teammates about how they approach the games day-to-day and used some of their tips to help me out.”

His initial nervousness quickly subsided as he focused on the task at hand. “It was just another day in the office for me once I got in a squat behind the plate,” he says.

The streak continued Aug. 2 when Chaves was summoned from the bullpen again, this time as the starting catcher. He played five innings, calling a great game from behind the plate. “My pitcher and I were able to hold the opposing hitters to no hits,” he says.

As far as batting, Chaves had one appearance in the July 28 game and drew a walk, later scoring a run. During his start he had two plate appearances, one where he was hit by a pitch and the other a strikeout.

Tentative plans after graduation include relocating to Florida to pursue a master’s degree, so he can watch over his sister, who has autism and struggles with anxiety, but is starting college there in the fall. Because the pandemic-shortened 2020 season left him with a year of eligibility, he might also be able to play in graduate school—or at least offer his bullpen catching skills.

“The whole experience has been cool and great way to make a ton of new connections across the baseball world,” he says. “I want to continue playing while at graduate school, but have slowly shifted my

Interests from guidance counseling in a school setting to more of guidance in sports and sports psychology. Either way, I feel like I would enjoy my occupation, but would love if the sports psychology and bullpen catcher jobs lined up because I enjoy both.” 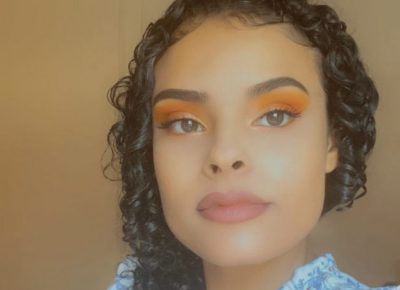 For as long as she could remember, Gina Endres ’21 had wanted to become a lawyer. “I wanted to help people who had been wrongfully convicted get out of prison, specifically people of color,” she says. Then in 2020, with the killing of George Floyd and Ahmed Aubrey, she began to wonder if working to change public policy would be a more powerful way to help. “It was the policies that . . .