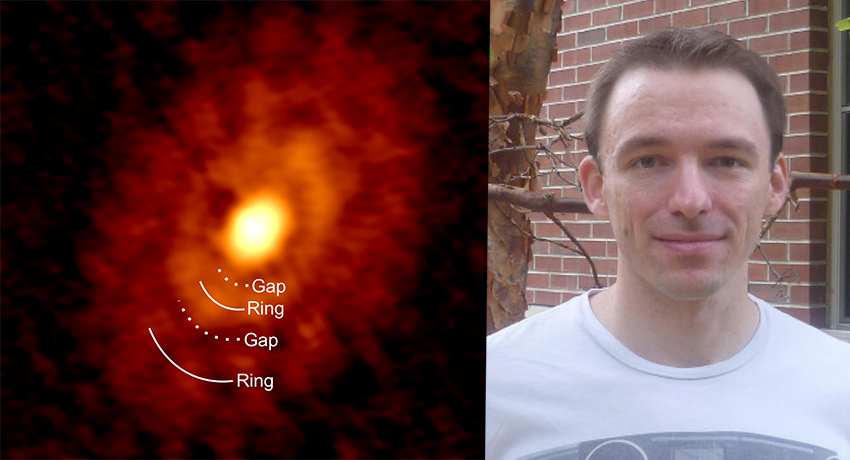 Assistant Professor Ian W. Stephens, Ph.D., can tell you when a star is born.

Stephens, who began teaching in the Department of Earth, Environment, and Physics this fall, is one of the authors of an article in the latest issue of the journal Nature theorizing that planets and the suns they will eventually revolve around start to form out of specks of dust at the same time.

“Originally we thought that the sun does most of its formation first and then the planets form later, but now it’s looking like the sun and the planets form simultaneously, so you can almost think them as siblings with the sun being the much, much bigger sibling,” Stephens says.

Stephens worked as part of an international team of scientists led by Dominique Segura-Cox at the Max Planck Institute for Extraterrestrial Physics in Germany. They used high-resolution images obtained with the Atacama Large Millimeter/submillimeter Array telescope in the Atacama Desert of Chile. The images, of a system they targeted after exhaustively researching likely sources, showed a young protostellar disk with multiple gaps and rings of dust, the youngest example of the dust rings that act as cosmic cradles where the seeds of planets form and take hold.

“This is not the first time we found gaps and rings in a disk,” Stephens says. “But this particular source is just the youngest source that we know of that has such features. We’re trying to peer into earlier and earlier times of planet formation.”

The size and nature of the protostellar disk was especially interesting for reasons beyond its young astronomical age. “What’s so fantastic about this system is the diameter of the disk is similar to the diameter of our solar system,” Stephens says. “This could be what our solar system looked like during the first half-million years of its lifetime.”

Stephens came to Worcester State from the Harvard-Smithsonian Center for Astrophysics in Cambridge, where he was a post-doctoral student and researcher.  A native of Wichita Falls, Texas, he received an undergraduate degree in electrical engineering from the Georgia Institute of Technology.

“I chose that path because I thought it was a way to get a good job for someone like me who was interested in computers,” he says. But an internship at Intel Corp. convinced him that working in industry was not right for him. “I thought it would be a dream job for an engineer, but it just seemed to me that you get such a small picture of things, and you’re just working for other people. I didn’t like it.”  He decided to go to graduate school to follow his true passion—astrophysics.

His next step was attending the University of Illinois at Urbana-Champaign, from which he graduated with a Ph.D. in astronomy. He did his first post-doctoral program at Boston University before heading across the Charles River for his second post-doc at the Harvard-Smithsonian Center for Astrophysics.

Although observations for the research that appear in the Nature article were done under the clear skies of the high-altitude Atacama Desert, Stephens never actually set foot in there. Most observations that are done these days do not involve going to an actual telescope, he says. “You basically submit a script

to observers who do the observations for you,” he says. “It’s a list of instructions that tells them what to observe and how to observe it.”

That observational method has gained popularity ever since earthbound astronomers have learned to use images the Hubble Telescope takes of the far reaches of space.

“It isn’t always the practice, but it’s being done more and more,” Stephens says. “I used to go to a lot more telescope sites, but now it’s pretty rare because it isn’t necessary. Nobody goes up into space to use the Hubble Telescope, for example. You submit a script.” 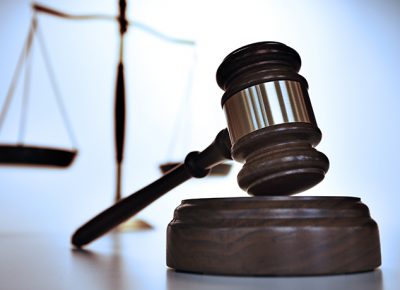 The current, explosive societal debate centered on questions of racial justice, racism, and police violence is sure to make for lively, thoughtful discussions in criminal justice classes this . . .