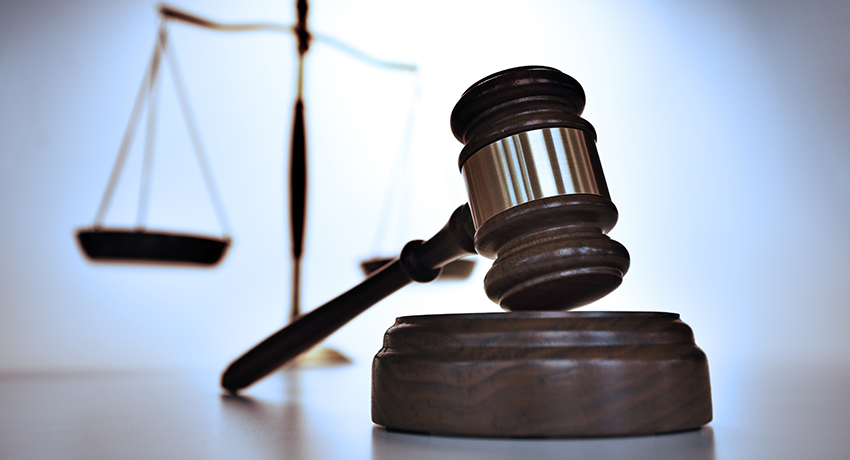 The current, explosive societal debate centered on questions of racial justice, racism, and police violence is sure to make for lively, thoughtful discussions in criminal justice classes this semester, according to faculty in the Department of Criminal Justice.

“There seems to be a larger cultural shift happening where there’s a broader acceptance of the Black Lives Matter claims,” Criminal Justice Professor Robert Brooks, J.D., Ph.D., says. “It’s certainly in the air more and we will certainly discuss it. CJ students have always been hyper-conscious of these issues.”

Classroom debate on the issues in many ways reflects society at large, with some students calling for reform and others supportive of current policing methods, he says. Students benefit from a diversity of views within the department, learning from professors who come from divergent aspects of the criminal justice system.

Criminal Justice Department Chair Stephen Morreale, D.P.A., blends both aspects. He holds advanced degrees and also has a long history in law enforcement agencies. Morreale began his career in the military police, then, after discharge, was an officer with the Dover, N.H., police department. He went on to serve 20 years as an agent with the Drug Enforcement Administration, and later five years as assistant special agent in charge with the inspector general’s office of the U.S. Department of Health and Human Services, investigating health care fraud.

“I talked to a few of my colleagues and some police chiefs I know and we all were disgusted by what happened and the actions of the police officer and the failure to act on the part of other police officers,” Morreale says, of the viral video showing the killing of George Floyd and his heart-wrenching pleas for help.

Only about a third of CJ students aim to go into policing, he says, while the rest plan on working in other areas of the system including law, corrections, juvenile justice, and the courts. As far as the ensuing protests are concerned, Morreale says participants need to know that things can escalate quickly despite their peaceful intentions.

“I have a completely different perspective because I did this for 30 years,” he says. “I was on the other side and I was getting bitten and spat at and called any number of names. I wouldn’t say to my students or my own kids ‘Don’t go to a protest.’ But if you go be aware of the potential issues. The peaceful protesters get caught up in the rage of others.”

In terms of activists and people who are speaking out, Morreale says he wants to understand more about their concerns. “I have not been subjected to what people of color may have experienced and I think what we need to do is to listen better, to open a discussion and listen to stories so we can understand and try to determine where we go from here,” he says.

Overall, students who decide to major in criminal justice often start out with a pro-police viewpoint, he says, adding “that’s not surprising given that they’re interested in entering the field. Many of our CJ students come from families that have members who work in policing and a lot of them come from smaller communities around Worcester where they might not have had direct exposure to some of the issues that are being raised in the cities,” he says. “These shooting incidents happen all over, but the highly publicized ones usually involve larger departments.”

But studies have shown time and again that racism is a persistent and too-prevalent issue in the criminal justice system. “We have a long history of independent commissions investigating police behavior, going back at least to the 1960s,” Brooks says. “They keep saying the same things over and over, and they keep not being listened to.”

Brooks says a balanced approach is necessary when discussing an emotionally charged topic such as racism.

“Our job is to not bash the police, and I make it very clear to students that that’s not my goal or intention,” he says. “But we want to help them see that maybe there are systemic issues, that it is not just a case of a few bad apples, which is what I hear a lot from students. They’ll say, ‘There are just a few officers who are bad or are making mistakes, making everybody look bad and then the media is jumping on every case that has the slightest indication of suspicion.’ “

The latter part of that assumption is probably correct, Brooks says. It seems the media has established a framework along the lines of ‘bad cop shoots unarmed Black person,’ and automatically starts with the assumption that an incident was unlawful.

“That does harm to the cause because that assumption obviously isn’t always right,” he says. “But the media has framed the issue that way so, then, every instance of a shooting is going to be fit into that frame regardless of what a more careful inspection over time would tell us.”

Often the initial reaction among CJ students is that the police are being victimized, he says. Brooks tries to help students overcome their often-knee-jerk reaction to support police behavior and to minimize the suggestion that there’s a deeper problem. One way he does that is to have students read some of the recent reports by independent commissions about policing issues in Los Angeles, Chicago, Ferguson, Mo., New York, and other places.

In discussing sensitive topics like race, there are bound to be disagreements in the classroom just as there are in society at large. “I don’t think I’ve seen anything getting really heated,” Brooks says. Among related topics addressed in CJ classes is another hotly debated current issue: immigration, which often can involve people of color interacting with police.

“We talk about the relationship between immigration and crime, which is not the relationship that our president says it is, but the opposite,” Brooks says. “Immigration actually brings down crime, so I find a couple of articles about immigration and crime and we look at it from a data-driven point of view. A student might say ‘I think this,’ or ‘This is how it ought to be,’ or ‘My dad says this,’ or whatever. I’ll ask, ‘What does the data say?’ ‘What does the research say?’ ‘How can research inform and guide us?’ And that tends to un-inflame things a little bit. There’s less opportunity for things to go south and you can have a meaningful discussion.”

Brooks readily acknowledges that police have a difficult job. “I respect the individual officer for all the challenges they face,” he says. “At the same time, the way that police are set up to begin with, which is a military model, automatically creates ‘us versus them’ attitudes.”

Brooks says it’s heartening that, since the 1970s, police agencies have been shifting toward a community-policing model, albeit very slowly. “It’s something all departments say they do, but not everybody actually does what community policing ought to do, which is form a real partnership with the community.”

This is where Morreale sees much room for improvement for the future of policing.

“There’s a lot of opportunity for departments to reform their policies, to communicate better, to engage with people, to have much better training,” he says.

A university setting can be a safe space to facilitate discussion on what steps need to be taken, he says. “It’s a place where we can begin to understand how everybody’s feeling, and sort of push back against those things students might say that are off the cuff and not very well thought out, but also to listen to legitimate concerns they may have. We’re a place of learning and Worcester State has a very diverse population so if someone comes in saying ‘I hate cops,’ we can ask ‘Why? What has happened to you or your family? Was it something that happened in Worcester?‘ And we can discuss it.”

Brooks says a lack of trust between police and the communities they serve is central to the issues that have led people to take to the streets.

“Many communities of color distrust the police, and they maybe distrust them more than they should, in my view. But they have good reason, given a long history of really objectively racist ways that their communities have been policed, the way that they’ve been subjected to the third-degree and extrajudicial killings in the Jim Crow era, all the way up to illegal interrogation and forced confessions more recently.”

Brooks says an important part of his interaction with students on the topic of race and criminal justice is to help give them a sense of historical perspective.

“Many students think the 1980s were ancient history, let alone the 1960s or 1860s,” Brook says. Many think that society has changed since then and racism is no longer the issue it once was. To give some perspective, he offers a PowerPoint on the agonies of being an enslaved person and the inhuman treatment slaves received at the hands of white people. “For those that think ‘All lives matter,’ my response is that ‘White lives have always mattered,’” he says. The PowerPoint shows that Blacks have historically been treated as property, not people, and their struggle for freedom has been met with brutal resistance by whites.

The presentation concludes with seven reasons police brutality can be seen as systemic and not anecdotal:

In helping students grapple with the issues, “you try to be a facilitator,” Brooks says. “I try not to let my personal views enter, although sometimes I have told students ‘Okay, this is my orientation. I’m a critical criminologist. I question existing systems and I probe them deeply. And I’m a sociologist. So, I look at deep structural systems that maybe aren’t so visible all the time that have to be brought to the surface.’”

He says he doesn’t expect students to necessarily share his viewpoints, but he does expect them to think critically.” I tell them ‘If you say something, it needs to be based in some objective reality and not simply your opinion based on your feelings.’” That approach helps stem some of the less credible notions some students hold.

“Sometimes students come up with some really interesting statements—conspiracy theory things,” Brooks says. “They’re things that I’ve seen that have been kind of floating around the internet that are demonstrably false, so we go to Snopes.com and we look it up and ask ‘Has this been talked about on Snopes? Oh, here it is. This false thing has been going around. Here’s the objective reality.’”

Even in our polarized world overflowing with disinformation, we are at a critical time in our society where meaningful discussion inside the classroom and outside of it can lead to significant change, Brooks says.

“Police agencies are generally conservative in nature, like our students often are, so the assumption is that the status quo is good and we just need to tweak things here and there, but the current events suggest we may need to do more than that,” he says.

With a focus on developing critical thinking, the aim of CJ coursework is to help students understand the big picture, look for data and evidence, recognize fake news, gain a broader perspective, and listen to many positions before arriving at their own conclusions, Morreale says.

“Our faculty seek to help students ‘take the blinders off’ and become lifelong learners,” he says. 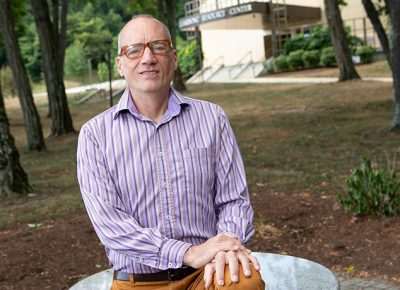 Robert Brooks, J.D., Ph.D., professor in the Criminal Justice Department at Worcester State, is an art collector, to the extent that he can afford that expensive avocation. Also, his grandmother was . . .