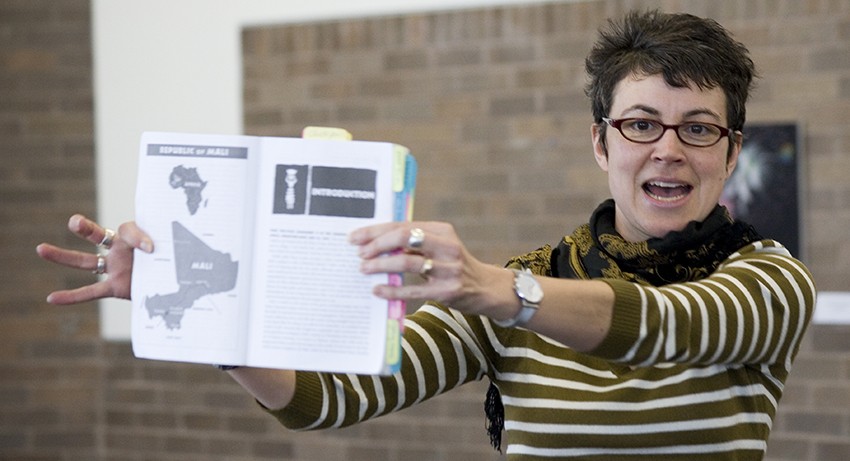 What began as service in the Peace Corps blossomed into an enduring friendship and support of a cause to improve the health of women and children a world away. Kris Holloway, the acclaimed author of Monique and the Mango Rains: Two Years with a Midwife in Mali, told of her journey and her friendship as part of the Worcester State College Diversity Lecture Series, last Tuesday.

When Holloway found herself in Mali as a 22-year-old Peace Corps volunteer in 1989, she met Monique, a 24-year-old midwife.  She quickly learned of Monique’s value to her village. Despite her 6th grade education, she obtained nine months of medical training and served as not only the villages midwife, but its only healthcare worker to over 1,400 people.  This was a daunting task in a place where women worked 16 to 17 hours in the fields every day and gave birth to six to seven children, on average. Two out of five babies die there before their fifth birthday.  After helping her at the births of hundreds of babies and working side-by-side with Monique weighing babies and watching and assisting Monique consult with village women on how to keep their children healthy despite bouts of malnutrition and malaria, they became very close.

After her Peace Corps work was completed in 1991, Holloway and Monique kept in touch.  Holloway was also successful in bringing Monique to the U.S. for a visit, where she enjoyed popcorn, pizza, wearing pants, and driving.  After their visit they kept in touch through letters and sending audio cassettes back and forth.

Holloway was sad to learn that Monique died in 1998 while giving birth to her fifth child.  Holloway returned to Mali and connected with her family, conducting hours of interviews which evolved into her book.

For more information on the clinic and Monique and the Mango Rains, visit www.moniquemangorains.com 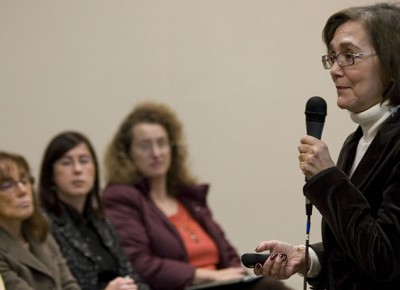 Mainstream media and film do not accurately portray the Latino community, according to Dr. Clara E. Rodriguez, professor of sociology at Fordham University's College at Lincoln Center. She addressed . . .