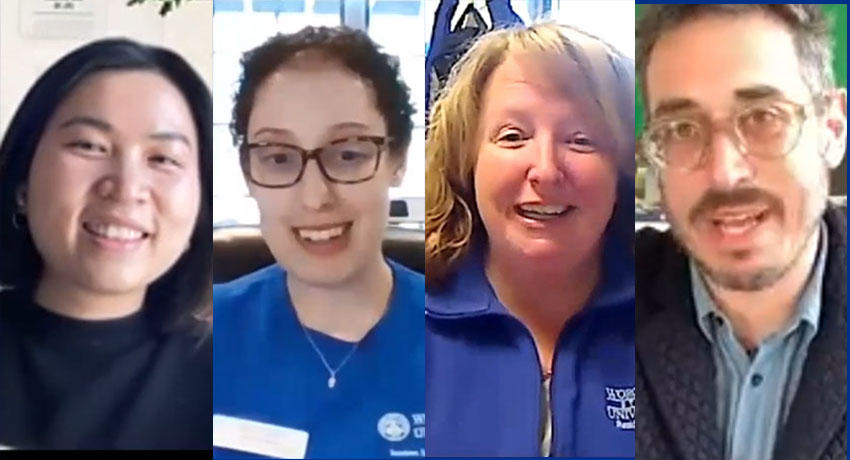 The Binienda Center for Civic Engagement held its annual ceremony honoring students and staff members of the Worcester State community for their service in the past year. Hosted by Director of the Binienda Center Mark Wagner, Ph.D., on Thursday, March 15, the virtual event honored Karen Shalev ’22, a visual & performing arts and communications double major, Quynh Doan ’21, a business administration major, and Kristen Nelson, associate director of residence life.

This year’s community member award went to Evan Falchuk, a Newton lawyer and businessman, who has mentored WSU’s student leaders over a number of years.

Shalev received the Junior Public Service Award for her extensive contributions to a multitude of student organizations. She is a Presidential Student Ambassador, Senate Parliamentarian, and the co-founder and president of Chabad on Campus, the only Jewish club on campus.

In her acceptance speech, Shalev mentioned a theme that would extend to the other honorees––the importance of listening. She said, “Until you actively sit down and listen, you have no way of understanding where that person is coming from.”

Doan was honored with the Senior Public Service Award for her continued work in the student community service group Enactus, serving as its treasurer and as a member of its executive board. Although she was accepted into the University’s 4+1 M.S. in Management program, Doan plans to take a gap year and return home to Vietnam to see her family, having been separated from them for a prolonged period of time due to the pandemic. [Read more here.]

Her trip home will not be just to see her family, though, as she plans to give back to her community there too. “I have been working with Catherine Goodwin to help facilitate my English language training while I am back home. I want to be able to take the English and help teach it to the children there,” she explained.

The Staff Public Service Award was presented to Nelson for her work as the associate director of residence life. Nelson oversees much of the behind-the-scenes dealings for on-campus living, from training and directing resident assistants to selecting new professionals for staffing. The pandemic brought about a variety of changes to residential life this year, and Nelson was aware of the challenges.

“We all had to find our way, ‘the new way’––I don’t love that,” she grimaced. “We needed to find new ways to be engaged, new ways to connect with our students, new ways to help our communities and give back even when we ourselves don’t feel completely sure of any of it.”

The event concluded with a wide-ranging discussion between the Wagner and Falchuk. Falchuk was the board chair for the Yes on 2 campaign and founding member of Lawyers Defending American Democracy. He also was at one time an insurgent, independent candidate for governor and considers himself an “artist in the civic realm” of life. While a successful business CEO, he engages in various civic pursuits, aimed at improving our democracy and broadening the avenues by which more and diverse voices might be heard.

problems by examining their root causes in the classroom while simultaneously addressing them in the community.” 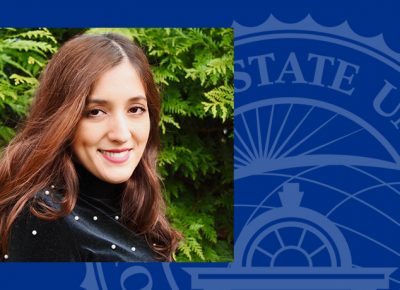