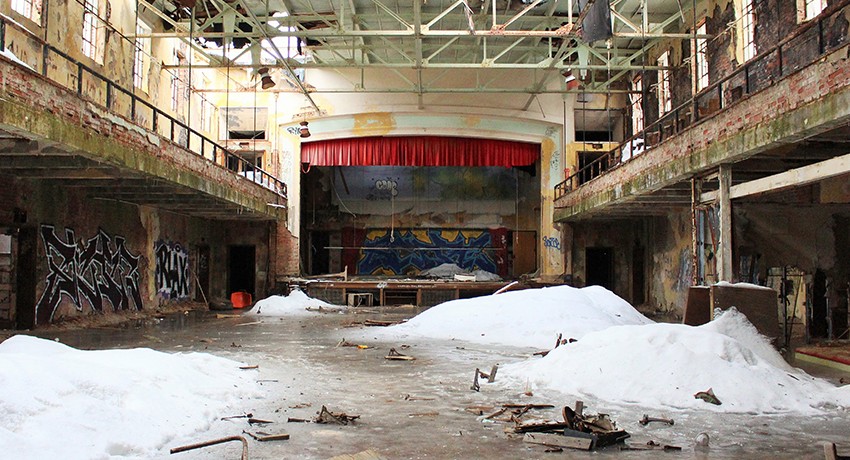 What began as a whim to take haunting pictures of an old asylum in New York has turned into two friends’ passion to document a seamy era in the care of the mentally ill and disabled. In doing so, they join the crusade for better treatment.

In 2009, Worcester State alumna Tammy Rebello ’15 and her brother struck out on a road trip to visit Letchworth Village in New York in hopes of capturing haunting photographs for her kids, who had become interested in the closed facility after learning about it from an episode of Ghost Adventures. “The doors were open, so we went in,” she says. As they walked around and she took pictures, she began to think about the stories of patient mistreatment and chaos told in the episode.

Soon, Rebello was taking pictures inside other abandoned mental hospitals and state schools. The more pictures she took, the more she wanted to tell others about the heartbreaking stories of the patients, doctors, staff, and—in rare cases—patients’ families.

“The people who went into these places didn’t go in for treatment. They went in for containment,” she says.

So Rebello, a graduate of WSU’s communication program, convinced her good friend Lynn Blanchard, who has been writing since she was very young and studying psychology, communication, and art at Worcester State, to write those stories. Together, they formed a plan to publish a series of books about long-closed asylums throughout New England. “Both of us work on it as much as we can,” Blanchard says. “We’ve been on the same page all along as far as the books go.”

The first book, Abandoned Asylums of Massachusetts (Arcadia Publishing & The History Press, 2016), offers some insight into what was happening in 12 of the mental hospitals and schools in Massachusetts for much of the 20th century. (They will publish one about Connecticut asylums next, followed by New York, and then perhaps Pennsylvania.)

“I never in a million years thought I’d be writing about history,” Blanchard says. “But I absolutely love it.”

Rebello and Blanchard are staying true to Rebello’s original intention. “We didn’t want to sensationalize these stories,” Blanchard says. “We want to educate people: why these places opened, for what purpose, what led them to close, and what happened to the property.”

“We’d like to think that this is in the past,” she adds. “But there is still a stigma associated with mental illness.”

For Rebello, it is important that “this book shows that these things happened. Now kids with mental disabilities have special services in school and adults can live in group homes. Young people coming up in the world need to know that in the not-so-distant past people were often misdiagnosed or undiagnosed and taken to live in asylums.”

If Walls Could Talk

Abandoned Asylums opens with an overview of President John F. Kennedy’s Community Mental Health Centers Act of 1963, which sought to close large state-run mental hospitals and build 1,500 community centers around the country. And while the legislation spurred the closure of many asylums over time, the failure to fully fund it left many patients in the lurch and without care and basic services.

The legislation—and similar laws passed in states like Massachusetts—also prompted new scrutiny of the deplorable treatment of patients and inhumane conditions inside the facilities. And by the end of the 20th century, they were closed and abandoned.

Blanchard, who will graduate from WSU in May, is uncovering many accounts of patient mistreatment in her research for the book series, but she uses a historical tone and voice to shed light on each facility to avoid sensationalism. “Some of the actual stories are more horrifying than anything Hollywood has put out,” she says.

The most compelling story for her is that of Dr. Solomon Fuller, the country’s first African American psychiatrist, in the chapter about Westborough State Hospital. “He spent his entire career at Westborough and documented physical ailments that were often identified as psychiatric ailments,” Blanchard says.

The Westborough hospital also is one of Rebello’s favorites from a photographic perspective. “It has nice architecture,” she says. The hospital may not have been included in the book were it not for Rebello meeting a town employee in a nearby cemetery that contains graves of hospital patients. He put her in touch with someone who could arrange to give her a tour.

She also likes Belchertown State School because some of the original furniture is still there and it was the focus of a 1972 landmark lawsuit by Dr. Ben Ricci, whose son was a patient there, that helped change how the state cares for people with mental illnesses and disabilities.

Many factors contribute to the eeriness of these abandoned facilities in addition to them being old and in disrepair, according to the two friends.

An obvious reason is knowing what went on inside their walls to patients and staff. In one striking instance, Blanchard found evidence from the 1940s that showed patients ran many facilities because staff members were either drafted to fight in World War II or opted to take jobs at factories to support the war effort.

Some reasons are less obvious. Venturing inside some of these buildings reveals that they were abruptly closed and equipment, furniture, and paperwork were left behind—as if frozen in time, according to Rebello.

Working on this book series also is cathartic on a personal level for both women. “It is very big for me because I suffer from depression,” Blanchard says. “I tell everyone about it. If I hadn’t gone to people to ask for help, I wouldn’t be here.”

Rebello, on the other hand, is more reserved about talking about her anxiety and depression. “It’s really helping me with the books,” she says. “I use photography to ease my anxiety. I use it as my escape to go and be creative. It’s my outlet.”

“The way I wrote it, it’s not just one story, it’s a progression,” Blanchard says. “It’s about what ignited the movement to get better resources for mental health.” 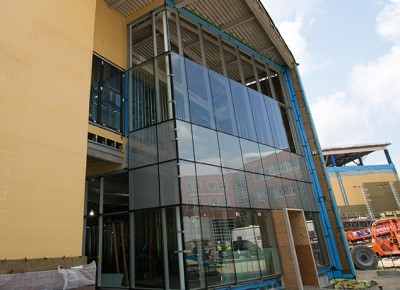 Thanks to longstanding Worcester State supporter Gene J. DeFeudis and other generous donors, more than a half million dollars were raised for WSU’s Change Lives capital campaign. More than 700 . . .