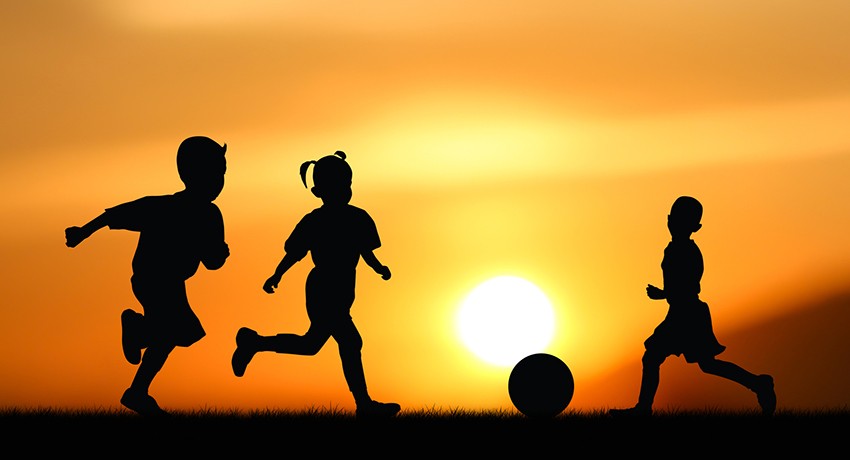 Ball games are about much more than just winning or losing, researchers have found.

The simple act of playing with a ball and the games children devise around that universal toy help them develop social skills such as empathy, compromise, and the creativity needed to solve the problems facing society today.

Anthropologist John Fox shed light on how play can be important work at a screening of the 2015 film “BOUNCE: How the Ball Taught the World to Play” in Worcester State University’s Sheehan Hall on Monday, February 27. The film, which Fox co-wrote, traces the origins of our favorite sports from ancient times and across several continents, highlighting the evolution of the ball itself from rounded stones and sand-filled animal bladders to the vulcanized rubber spheres devised by the Mayan civilization, which gave the world the first balls that bounced.

The film, inspired by Fox’s book “The Ball: Discovering the Object of the Game,” connects the simple act of kicking a ball around someone’s backyard with the sweeping societal forces that shape our Super-Bowl size fixation on professional sports, the all-consuming extravaganzas that nevertheless are still centered on one relatively small ball.

“This work is really important because it makes the connections, the hard links between the mundane, the everyday, and what (sociologist) C. Wright Mills called biography in connection to history—the large social processes,” said Assistant Professor of Sociology Francisco Vivoni, Ph.D. “What we’ll be learning today is how, by focusing on the small objects such as balls, we can talk of broader social processes.”

Fox said a game of catch with his then very young son started him on the path to the book, which in turn led to filming in 10 countries to find out why, across every culture and across thousands of years, so many sports have developed with a ball at the center of them. His aim was to link his background in anthropology with his life at the time, which was largely focused on being a dad.

“My seven-year-old son was completely obsessed with balls and wanted to play all the time,” Fox said. “So it was telling the story of the ball through the lens of my seven-year-old that gave me the idea for the book and this whole journey.”

Fox’s son is 17 now. “He’s still obsessed with the ball, but he’s a little better at handling it than he was when he was seven,” he said.

At one point in the film, a child in a rural third-world country can be seen making his own ball by tying cloths and other scraps together with string into an imperfectly round shape. He is then joined in a dusty soccer-like game by a joyful gaggle of kids on the village’s unpaved streets. The endearing scene struck a special chord with Nathalie Abingabiye, a WSU senior.

Part of the film’s message is that is there is a difference between structured play—especially once it becomes dominated by adults, overly structured and commercialized—and the kind of free play which kids, primates, and others just naturally do.

Children’s natural play, although seemingly aimless fun, actually helps develop the brain’s frontal cortex, an important step in developing imagination and other creative problems solving skills. Because they have to come up with the rules themselves and work out disputes, it also introduces kids to important characteristics such as learning to compromise and the empathy of knowing what it’s like being on a losing team or the painful receiving end of a wayward ball.

“As I was watching, I was wondering how important is it for parents to just let their kids play instead of trying to structure everything,” Abingabiye said. “Nowadays kids play with a set goal—to win. But we just played for fun, and then if you lost, you lost, and if you won, you got your bragging rights, but tomorrow was another day to play.”

In addition to the Sociology Department, the event was co-sponsored by the Urban Studies, Philosophy, and History Departments. 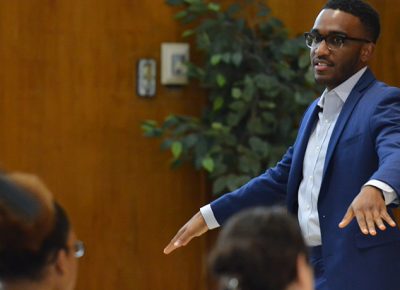 Activist and author Nyle Fort visited Worcester State University on Wednesday, February 21 to talk with students, faculty, and staff, and to initiate what seems impossible in these days of a hostile . . .