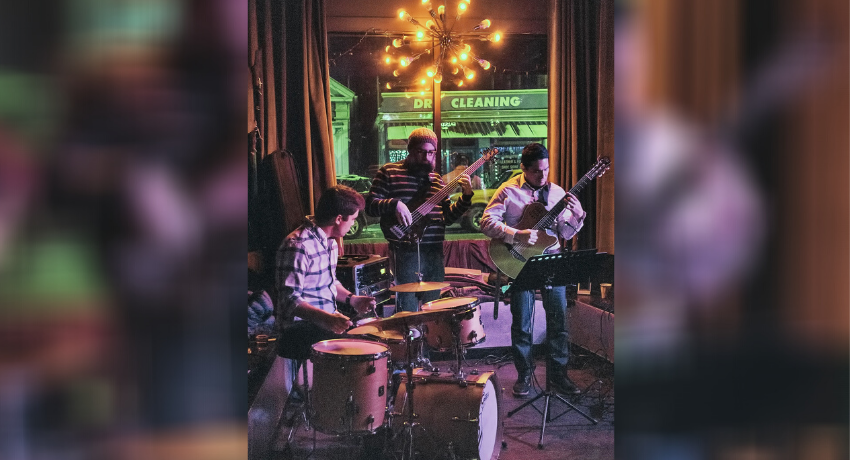 The Boston Music Awards has nominated Carlos Odria, Ph.D., a visiting assistant professor of music in the Visual and Performing Arts Department at Worcester State University, for the International Artist of the Year recognition with his band, The Carlos Odria Trio.

The annual awards “showcase the exceptional musical talent in the Massachusetts area” and are “an homage to the past year, as well as an insight into the future direction of music in Boston,” according to the organization, which was founded in 1987.

Worcester State students, faculty and staff can cast their votes for Odria and others by visiting https://bostonmusicawards.com/vote/. The 2020 winners of a variety of categories will be announced on Friday, Dec. 11.

“Thanks to the BMA for the nomination, and thanks to all my Worcester friends and to the folks who have been supporting COT since 2016,” says Odria. “When I began performing with my trio in the area, I decided to focus on developing an organic sound. This is why COT developed a distinctive sound that reflected not only my own musical influences, as a Peruvian and Latin American musician in love with Jazz, but also the ideas, sensibility, and imagination of the fantastic musicians I met in the Worcester area.”

He also noted the nomination will help grow his audience to other parts of the state.

“It truly has been a life changing experience for me to become part of the Central Massachusetts music scene,” he says. “Just being nominated for this award is already a great recognition because it shows that there is an audience for our sound. Since I moved to Mass in 2016, my musical life has become much more active and fulfilling. There is so much cultural diversity, talent, professionalism, and good vibes in the local music scene. I hope this recognition helps me to keep spreading the good message of music to other new audiences in the state.”

The professor’s Boston Music Awards nomination follows several honorable recognitions. In 2014, the debut album of Omnimusica, an ensemble in which Odria was the lead guitarist, was included on the official ballot for the 57th Grammy Awards in the World Music category. In 2019, his album “El Rio” was showcased in Worcester Magazine’s top 10 album in New England. In the same year, Odria’s music compositions were featured in the soundtrack for the documentary “El Rio,” a film directed by Juan Carlos Galeano. Also in 2019, he was invited to perform a concert in Worcester’s Mechanics Hall. 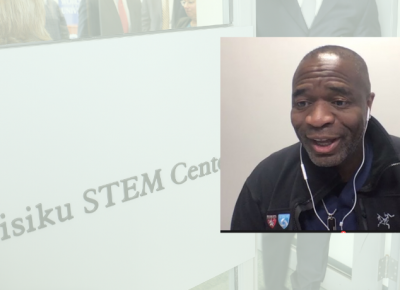 Imoigele P. Aisiku ’92, M.D., was honored with the 2020 I. Robert Freelander Award for his generous support of students interested in studying science and technology at Worcester State. “He . . .