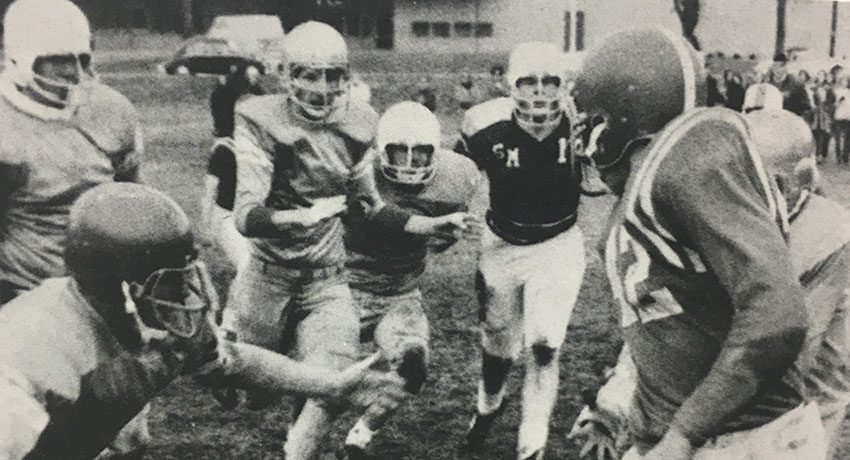 The lawn of what is now the Sullivan Academic Center was the site of a long-standing Worcester State tradition. Every year on the Wednesday before Thanksgiving, the freshman class played the sophomore class, and the junior class played the senior class in “touch” football.

The 1968 Toilet Bowl saw a major break in the tradition however. Historically, the games were dominated by the sophomore and senior classes, but in 1968, the juniors prevailed over their rivals, the seniors.

“Beating them kind of got us thinking about the possibility of starting a club—tackle—team,” said then-junior Paul Joseph ’70. Joseph and classmates John “Buddy” Sullivan ’72 and George Martin ’70 approached physical education faculty member Jim Girouard about becoming their coach. He happily obliged.

With a coach in place, the trio started building their team. Primarily through word of mouth, they were able to come up with a roster of approximately 20 players. “They pretty much just went up to guys and asked if they wanted to play,” says Deeney. “That first team was mostly all Worcester kids.” St. Peter Central Catholic (which has since merged to become St. Peter-Marian) and Worcester North were among the local high schools represented on the first Worcester State football roster.

The team still lacked a field, so they practiced all over the city. When no fields were available, they practiced in the parking lot under street lights. “At that time, you had to want to play football,” says Deeney.

Worcester State played just one game in its inaugural season, a contest against Assumption College, also a club team at the time, on Nov. 1, 1969, and was played at Assumption Preparatory School, now the site of Quinsigamond Community College.

“We were short in every position, and the guys who played were all playing multiple positions,” recalls Joseph. “If anyone was subbing out, it was just for a quick water break, then right back on the field.”

Calling where they played a “field” was a liberal usage of the term, recalls Joseph. “The only grass was in the end zones. Besides that, it was all dirt. Our first (offensive) play, a sweep right, just created a giant dust bowl.”

Deeney, just a freshman at the time, admits to having a limited recollection from the game, but distinctly remembers hauling in a touchdown reception. Unfortunately, Deeney’s catch was also the first touchdown in Worcester State history to be overturned, as the Lancers had an offensive lineman offside.

Worcester State fell short in the game by a final score of 22-6, but the Lancers certainly did not hang their heads. “It was a moral victory to play so well and put up a fight,” says Joseph. Worcester State got its revenge a season later by defeating Assumption 20-7. Although unconfirmed, it is believed to be the first win in the program’s history.

Worcester State football has flourished in the 50 years since the program’s first game in 1969. Brien Cullen ’77 took over as head coach in 1983, and led the team to a club national championship in 1984. A year later, the team made the jump to varsity status. “It was time for the next step,” he says. “We had done everything we could as a club team.”

In the first varsity year, the Lancers went a perfect 5-0. “That answered a lot of questions about our readiness (to go varsity),” Cullen jokes.

The Worcester State University Athletic Department will celebrate the football program’s 50th anniversary and honor the members of the 1969 team at halftime of the Lancers’ Homecoming game on Saturday, Sept. 28. Kick-off between Worcester State and Western Connecticut State is scheduled for 2:30 p.m. 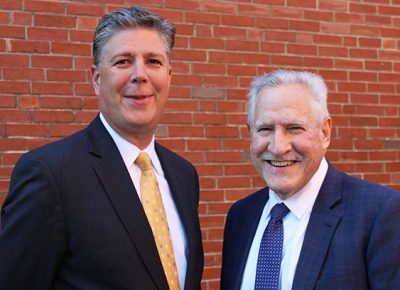 Massachusetts tops the nation in many key education indicators, such as the best high-school graduation rate and highest number of students who go on to college. But a closer look at these indicators . . .