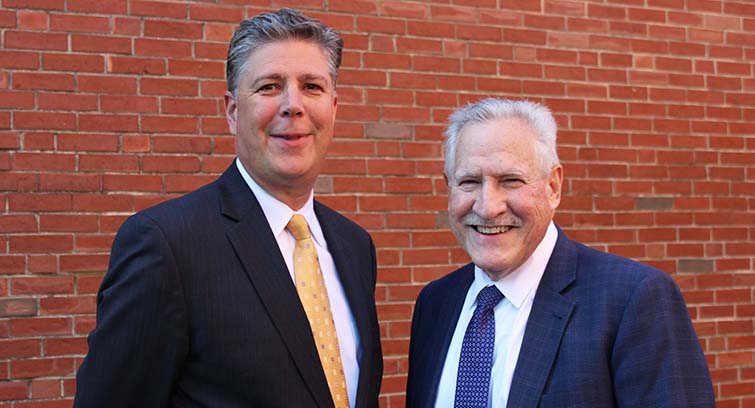 Massachusetts tops the nation in many key education indicators, such as the best high-school graduation rate and highest number of students who go on to college. But a closer look at these indicators by race/ethnicity and gender tells a different story, according to Carlos Santiago, commissioner of the Massachusetts Department of Higher Education.

In 2018, Latino males lagged far behind white females statewide in overall college attainment by a difference of 43 percentage points. Other students of color also fall behind white students in all indicators, creating an equity gap that urgently needs to be addressed, according to the commissioner.

“We are not opening the doors to education, public and private, to these students who are concentrated in our gateway cities, and these gaps are not closing,” Santiago said during Worcester State University’s annual Academic Kick Off Day. The commissioner was the keynote speaker at the meeting that marked the start of academic year for faculty and staff.

Addressing equity issues is critical for public higher education, as well for a strong economy, because the demographics of Massachusetts are swiftly changing, he said. The white population of students that are graduating high school currently stands at of 81 percent, but by 2032 it will be 56 percent, he said. He also noted that falling birth rates mean a smaller pool of students in the future.

“Are our institutions prepared for the changing demography and for the declining enrollment?” Santiago asked. “Are we prepared as a state for the needs of our innovation economy which, rather than fewer students and less educated students, will desperately need more?”

In his remarks, President Barry M. Maloney noted that Worcester State has made progress with equity issues in recent years but agreed that more remains to be done in that area. “I am in lockstep with Commissioner Santiago and the Department of Higher Education in pursuing the 29-campus system’s singular goal of ‘Significantly raising the enrollment, attainment and long-term success outcomes among under-represented student populations,’” he said.

Equity initiatives are especially important in public higher education because state universities can be laboratories for upward social mobility in a way that no private university can, Maloney said.

That kind of social mobility was most in evidence in what Santiago said were the “golden years” of public higher education in the United States during the period of 1943 to 1979. It began when the Servicemen’s Readjustment Act, commonly known as the G.I. Bill, unlocked the higher-ed door for thousands who would not have had the chance to earn a college degree otherwise.

“Those were the years of greatest social mobility in this country and they have not returned,” Santiago said. “Those were the years when inequality in this country declined dramatically to its lowest levels and since then they’ve gone up.” After 1979, shifts in social attitudes led to more emphasis on educational loans instead of outright grants, he said, effectively slowing momentum so that education was no longer the great equalizer it had been.

Though it will hardly be enough to bring back the golden years, several important new initiatives for the long-term success of students, especially those from underrepresented groups, have been implemented on the state level, or are under consideration, he said.  The state this year authorized a $7.1 million for the MassGrant program for community colleges, the largest increase in scholarship assistance in over a decade. Santiago said the DHE is aiming for a similarly significant jump in grant money for state universities next year.

“We’re covering their fees, their tuition and books and supplies at the community college level,” he said. “We need to do that for the state universities as well, so there are a whole series of different areas that we need to work on. “

Another new policy initiative is that DHE is looking beyond the traditional costs of attending college—tuition, books and fees—to things such as hunger and homelessness. “We’re looking at all those things – at childcare, at transportation, housing, food, homelessness,” Santiago said. “These are things we have to address as an institution because our students, the ones that are coming to our doors and will continue to be at our doors for the next 10 to 15 years, need those kinds of supports if they are going to succeed.”

New DHE equity initiatives likely will involve Worcester State and other institutions located in cities with large populations of underrepresented groups.  “We need to have conversations about the geography of where our students are coming from, so we’re going to focus our efforts on gateway cities,” he said. 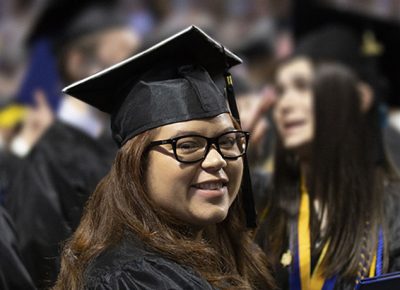 Almost all graduates of the Class of 2018 who responded to a recent survey either have a full-time job, are pursuing graduate school, or both. According to the 2018 Postgraduate Outcomes Survey, . . .