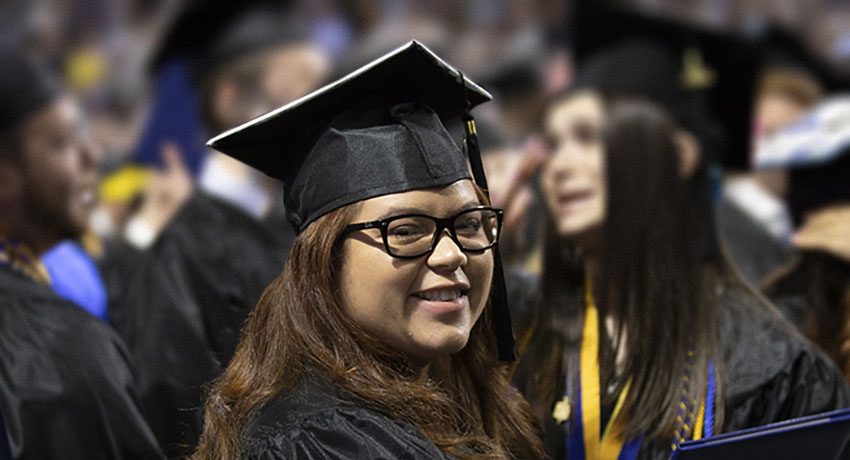 Almost all graduates of the Class of 2018 who responded to a recent survey either have a full-time job, are pursuing graduate school, or both.

According to the 2018 Postgraduate Outcomes Survey, which was conducted between April 2018 and March 2019 by the WSU Career Services Office, 94 percent of 2018 graduates are employed, seeking further education, or both, with 54 percent employed, 30 percent employed and in school, and 10 percent pursuing a graduate degree full time.

Among the respondents, 32 percent are working in healthcare, 17 percent in business and finance, and 11 percent in education. Other reported industries include science, human services, hospitality, government, and criminal justice/law. Worcester State graduates are also contributing to the local economy, with upwards of 90 percent gaining employment in the Commonwealth of Massachusetts.

In their first year of employment, 2018 graduates report earning an average starting salary of $43,367, with higher starting income in healthcare, business, government, and criminal justice.

Daniel Triana ‘18 took his experience working in the Latino Education Institute as a student and combined it with his desire to give back to the community to build a career in the Southbridge Public Schools. As a family liaison for the district, Triana connects with families on a personal level to ensure that they can become strong allies in raising the educational sights of their children.

“I always wanted to have a job where I can make an impact, and this is definitely one of those jobs,” says Triana. In addition to his full-time position, he coordinates a free summer program for children who live in Southbridge.

After going from intern to assistant financial planner at Carl P. Sherr & Co., Jonathan Brown ‘18 can make a direct connection between his experience at Worcester State and his burgeoning finance career. “All the theoretical information we learned in class made sense in the real world,” he says. “Having that background knowledge helped me to understand and contribute to the team.” 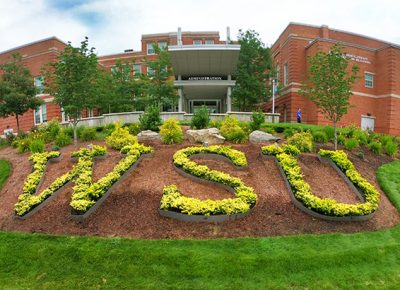 All parking lots and internal campus roadways were officially open as of Tuesday, Aug. 20, after a summer of infrastructure projects that were completed in time for the start of the fall semester. . . .