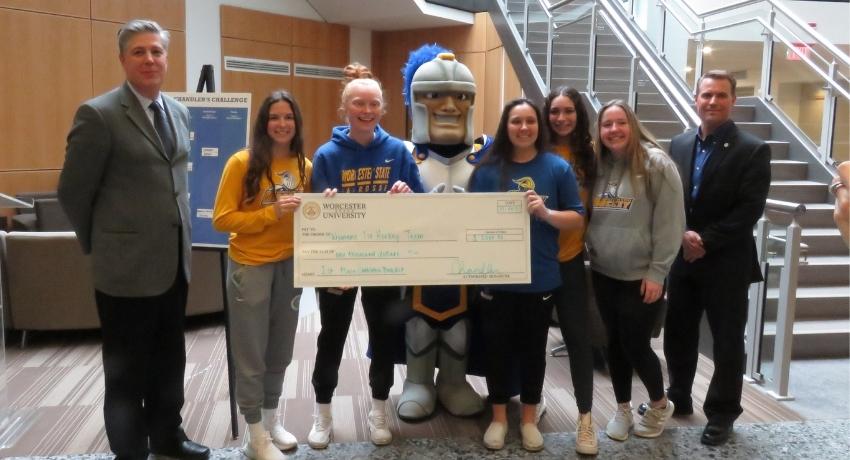 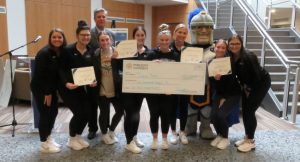 The Dance Team won first place in the Campus bracket of Chandler’s Challenge.

In the Campus bracket, first place went to the Dance Team, while the Office of Multicultural Affairs raised the most dollars in its first-ever participation in the challenge.

In all, more than $28,000 was raised for athletics and $22,000 for campus and student organizations. More than 1100 donors – including family, friends, staff and alumni – donated to Chandler’s Challenge this year. There were several matching donations this year as well: $500 to Thea’s Pantry from Dr. Lisa Wark and her husband Stephen, $500 to the Class of 1970 Scholarship from Hugh Donahue, and a donation for the power hour by Tom Cieszynski ’07 in honor of his grandfather.

“It’s great to see that the Worcester state pride showed up in a huge way in supporting our Chandlers Challenge,” said President Barry Maloney at the April 7 awards ceremony. “These dollars are critical, 100 percent of dollars raised go to supporting our students. Job well done!”

Here are this year’s winners: 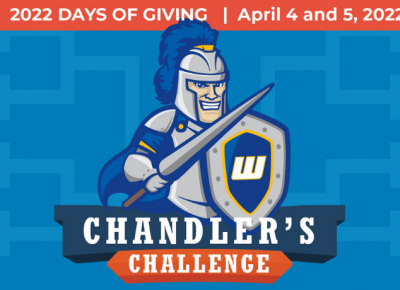 Thirty one student teams from across the university will compete next week in Worcester State’s annual Chandler’s Challenge to raise money for athletics, student clubs and community . . .