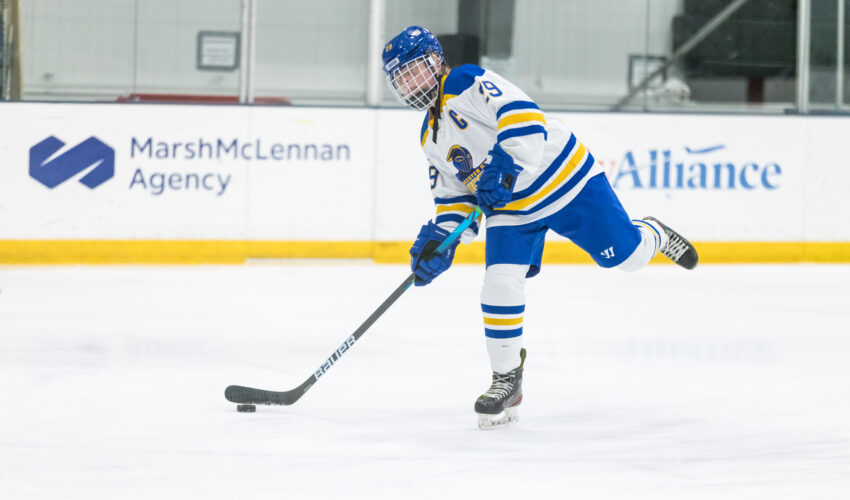 “I’m extremely grateful and excited for the opportunity,” says graduate student Clare Conway (Billerica, MA). “I grew up pretending to play for Team USA in street hockey or video games. So, to finally be able to do that is a surreal dream come true. It’s an honor to represent Team USA and Worcester State and thank you to my coaches and teammates for helping me get here. I do not get to have these opportunities without the people around me so thank you.”

The Women’s Ice Hockey Tournament is scheduled to include the nations of Canada, Great Britain, Czech Republic, Slovakia, and Japan in the Women’s Ice Hockey competition. The Women’s competition will take place at SUNY Potsdam, with the semi-finals and finals to be held in Lake Placid. Conway will be participating in the university age group, which is made up of those currently enrolled or one year removed. The 11-day program includes nine compulsory sports that appear at every winter edition of the FISU World University Games, combined with educational and cultural events, all taking place in and around Lake Placid. The tournament, aiming to create an Olympic feel, will host an opening ceremony, 86 medal events and coverage through ESPN and their affiliates.

“This honor is so well deserved for Conway,” says Women’s Ice Hockey Head Coach Eliza Kelley. “She has turned some heads in NCAA hockey, for sure. It’s exciting for her and for our program that she’s earning opportunities like this. She’s coming off a productive year last year and having another great start to this one. Obviously, she’s a great player and a big energy producer for us. I know she will take that passion and drive with her to Lake Placid. We will miss her in a Lancer jersey in January, but we know she will represent the university and our program well while wearing the red, white, and blue.”

Conway, one of just four Division III representatives currently selected, is one of 23 comprising the 2023 roster, which includes 20 skaters and three goaltenders. Additional members of the squad represent Division I, including the Hockey East, and Division II. The final roster for the tournament will be finalized by December 6 with the first game for team USA set for at 3:15 p.m. on January 12 versus Japan. The opening ceremonies kick-off that night and will be televised live on ESPN at 7 p.m.

“We are so proud of Clare’s accomplishments as a Lancer! Since she arrived on our campus in the fall of 2021, she has been incredibly important to our inaugural Women’s Ice Hockey program, and an asset in quickly becoming a noted hockey team in the Northeast,” states Worcester State Athletic Director Mike Mudd. “Whether scoring a timely goal, setting up a teammate, or blocking a shot, she has been a terrific representative of our program. To be able to represent our school and country in such a prestigious event, is a tribute to her hard work and accomplishments as a student athlete.” 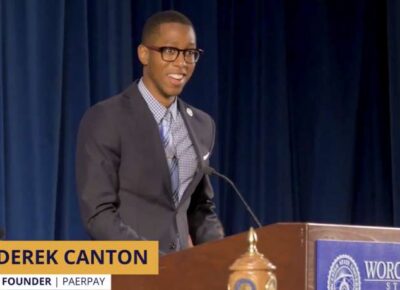 Worcester State alumnus Derek Canton ’15, founder and CEO of Paerpay, has been named one of Forbes’s 30 under 30 for 2023 in the Food and Drink category, a list of inspiring and innovative young . . .