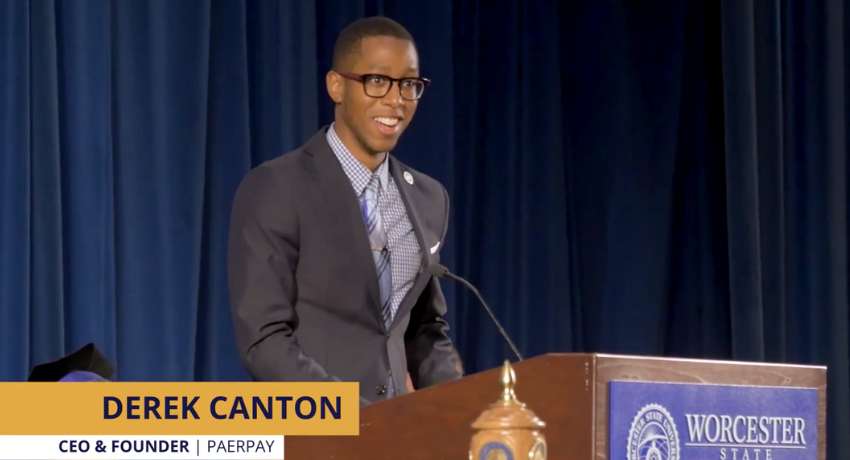 Worcester State alumnus Derek Canton ’15, founder and CEO of Paerpay, has been named one of Forbes’s 30 under 30 for 2023 in the Food and Drink category, a list of inspiring and innovative young leaders and entrepreneurs. This is the second time he has been recognized by the publication, as he was one of Forbes’s The Next 1000 in 2021.

The 2023 Forbes list was compiled from among 12,000 candidates across sectors. The issue is a historic one with megastar Megan Thee Stallion as the first Black woman to grace the cover of the Forbes 30 under 30 issue.

The recognition for Canton follows a lot of hard work—and commendation—that started during Canton’s time at Worcester State. As a sophomore, he won the first Robert K. O’Brien ’58 Next Big Idea Contest, a 10-week program that helps Worcester State students develop an idea for a business or social venture. The experience “absolutely changed my life,” Canton said, in 2018 when he was the keynote speaker for Worcester State Convocation, and stoked his passion for entrepreneurship. “As a result, I’ve fallen in love with the process of solving problems. That’s the value of education. It’s not what you know but it’s the specific ability to apply your knowledge and solve the problems of tomorrow.”

In 2017, Canton led a team that won the Money20/20 Hackathon, in which people compete to develop an idea in 24 hours, setting the stage for Paerpay. The company was also one of 128 early-stage startups selected from 1,600 applicants for the 2018 MassChallenge Boston cohort. In the same year, Canton was named one of the Worcester Business Journal’s 40 Under Forty.

Canton founded Paerpay in 2017 and revamped the company’s business model in May 2020 to meet the changing needs of the restaurant industry in the wake of Covid-19. Paerpay allows guests to scan a QR code in a drive-thru or inside a restaurant to quickly pay for their order using their phone without having to download an app. The platform integrates with a restaurant’s payment systems and allows guests to view, split, and pay a bill without needing to wait for a server. Paerpay is already integrated in hundreds of restaurant chains.

In his convocation address, Canton encouraged current Worcester State students to be bold enough “to think you can change the world.” He urged students who didn’t know what they wanted to do with their lives to “take the time to try new things until you figure out what you are passionate about. Get connected with your professors, sign up, volunteer, show up to classes early, and just try new things. You are part of a community at Worcester State that will challenge you to be great if you let it.” 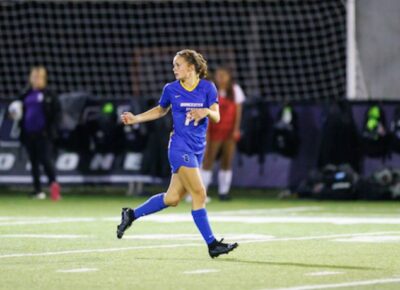