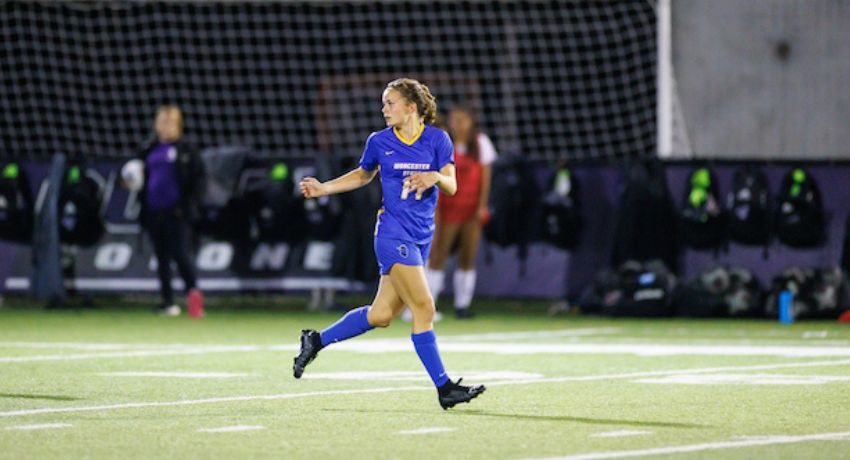 The Massachusetts State Collegiate Athletic Conference named Worcester State freshman soccer player Erin Condon Rookie of the Year and senior volleyball player Camryn Burgio Defensive Player of the Year. The two students – both nursing majors – worked hard during their seasons on top of having demanding academic work, and say they were honored to receive their athletic award.

Condon was named Rookie of the Week by the conference twice this season and capped the season with the Rookie of the Year, which is selected by the MASCAC Women’s Soccer coaches. She made the game-winning goal in a 3-0 win against Salem State in a Oct. 15 matchup at Worcester State, and by the end of the soccer season, the freshman made seven goals while assisting on four more for a total of 18 points. “It felt really good to be recognized during my first year, and I couldn’t have done it without my coaches and teammates,” said Condon.  Throughout the season,  the team improved with each conference game making it to the semi-finals. 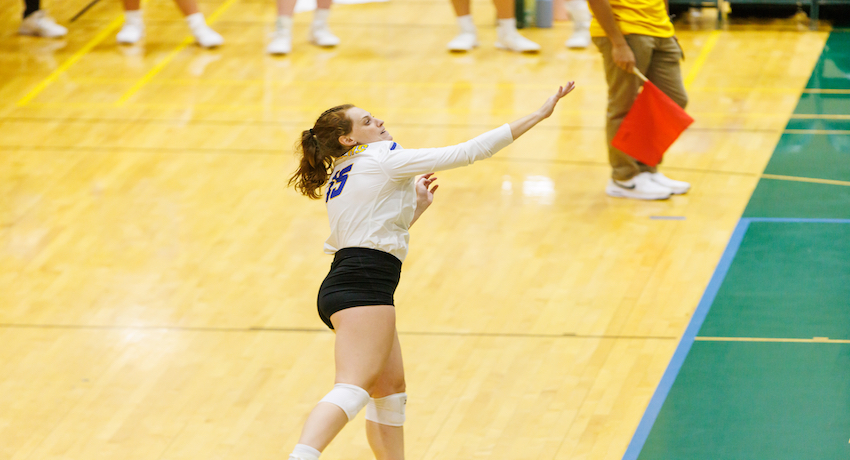 Burgio led the MASCAC in total digs with 476 while finishing second in the league in digs per set at 4.29. She also tallied 167 kills, 44 assists, 41 aces and 23 blocks this season. During the Oct. 19 away match against Salem State, she had a season-best 34 digs along with two kills and two assists.

The senior said it feels “awesome” being awarded Defensive Player of the Year, and that she would not have been able to do a lot of the plays without the help of her teammates. “The volleyball season started off a bit slow, but with time we gelled together as a team and ended better than anyone expected us to.” said Burgio.

The two student-athletes say playing a sport in college has helped them with managing their time. “I have to plan a lot ahead of time, keep track of when games are, and prioritize working on assignments before practices,” said Condon.

Burgio said, “Having an athletic schedule helped me structure my days. A lot of the volleyball team are nursing and occupational therapy majors, and we all bounce off each other and have each other as a support system.” 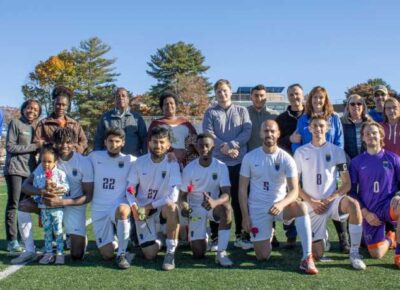 https://youtu.be/fu08BADnBxI   The Worcester State Men's Soccer season wrapped up their 2022 season Saturday with a loss in the Division III NCAA first round to #4 ranked Stevens Institute . . .