“They talk about two Worcesters.” Dr. Matt Johnsen, chair of the Sociology Department, is a firm believer that it’s both the best of times and the worst of times for our city. In a lecture sponsored by the Center for Service Learning and Civic Engagement, Johnsen elaborated on his view that there are growing divides in Worcester that we must act to stop. Rich and poor, government and citizen, professor and student – these are a few pairings which Johnsen said would do well to be unified.

His presentation was titled “Planting Olive Trees,” invoking both figurative and literal language in our responsibility as Worcesterites. The name was a reference to a poignant short story, which Johnsen read, with a moral that shows the living as caretakers of the future.

Sounding almost utopian in his outlook, Johnsen laid out a 10-point plan for Worcester inspired by the modernization efforts in Europe. He considered a new Worcester, one with more bikes, more trees, less waste, and a smaller carbon footprint. He highlighted the work of the Colleges of Worcester Consortium as a nationwide leader in education. Amidst all this, he peppered his speech with facts about Worcester’s history that are often overlooked – our role in the Revolutionary War; as inventors of flush toilets, space suits, and the smiley face; and as the old industrial capital of the U.S. with our barbed wire production.

Moreover, Johnsen’s plan was rooted in higher education. He claimed that with about 25 percent of Worcester’s population involved in higher ed – either as student, staff, or faculty – more should be done to harness the great unused potential of schools as a catalyst for change. Local food drives, health walks, even architectural design have been spearheaded by students more and more.

Armed with pen and theory, Johnsen wondered if we could take advantage of college students playing a greater role as tutors for K-12 schools. With around 32,000 enrolled in college and another 30,000 in K-12, “it is theoretically possible for there to be a 1:1 ratio,” he claimed.

“What keeps us from thinking about the future?” asked CLSCE Director Mark Wagner. “Matt, you’re kind of sageful and wise.”

“Well, we are currently number one in potholes,” joked Johnsen.

He then left the audience with a question. “Why would we plant olive trees if we’ll be dead before they bear fruit?”

According to Johnsen, someone needs to step up sometime to sow the seeds of the future. And that time is the present. 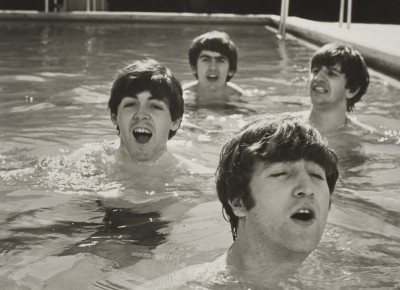 On Tuesday, October 9, 24 WSU students attended a lecture by Assistant Curator Nancy Burns at the Worcester Art Museum.  The students were drawn from the Community Leadership Experience at Worcester . . .