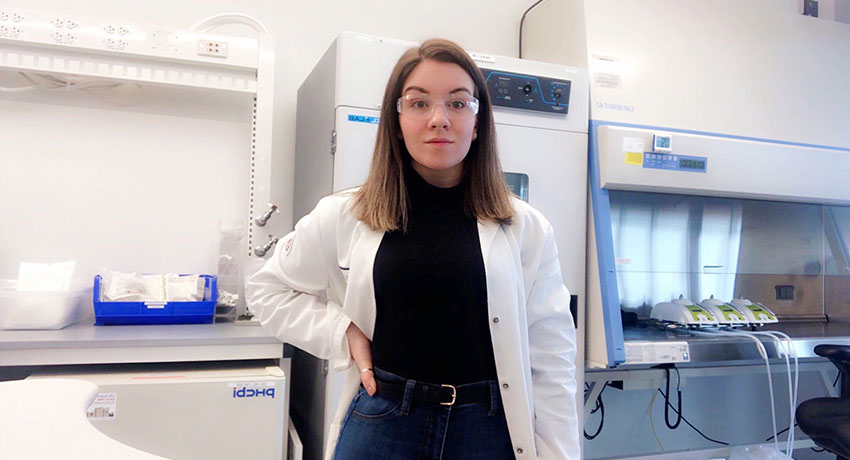 For Madeleine Specht ’20, science and magic are not quite the opposites most people consider them to be.

“There’s a Kurt Vonnegut quote where he says, ‘Science is magic that works,’ and I think about that a lot,” says Specht, a biotechnology major. “It’s true, and with all the things scientists have discovered and come up with through the years, I find it’s just very fascinating.”

Specht got the chance to apply what she has learned in lectures, labs, assignments, and projects at Worcester State for her co-op experience this semester at Bristol-Myers Squibb (BMS), the global pharmaceutical company.

She has been assigned to the BMS’s facility in Devens, Mass., where she will work through the end of June. Specht can only speak in general terms about her work there because some procedures have been classified by the company, but she is involved with determining how well bacteria and other microbes are able to grow in various chemical solutions.

“I’ve learned a lot of things that I wouldn’t have been able to learn just from academics,” she says. “I’ve seen pictures of things in textbooks, but then I actually get to use what I’ve learned at BMS, so it’s been really great.”

Specht says science to her is all the things you might expect—interesting, challenging, rewarding. But, for her, it’s also a lot of fun.

“That might sound dumb, but it really is just fun,” she says. “It’s a genuinely interesting, fun thing to do. I feel like I get to learn a lot about the world, in a way that I never would have been able to if it weren’t for science. It’s nice, too, to work with the people at BMS because we all have the same kind of interest. We’re all people who think it’s really fun to look at bacteria through a microscope all day.”

Specht says she enjoys contributing to science through her co-op work. “In science, everything that everybody does contributes in some way,” she says. “It results in information that can be helpful to someone, which makes me feel really good, like I’m doing something of value.”

While most companies have been closed to help stop the spread of the virus, BMS has stayed open because of the essential nature of its business. “We make a lot of medicines,” Specht says. “We specialize in cancer drugs and we have a manufacturing plant on-site that makes medicines. People still need that, so they’re allowed to be operational.”

But concessions to the crisis have been made at BMS, and Specht is among those who now work remotely from home as much as possible. When lab work is required, she makes the 30-minute commute from her home in Princeton, Mass., to Devens.

“I get to go in a few days a week to do my lab work, but then, other than that, I work from home,” she says. “It’s driving me crazy that I can’t go back to my lab every day. I really love lab work and getting to practice all those skills I’ve been learning at school. As a co-op, you’re only hired for a six-month contract, and I want to get the most out of it.”

In addition to altering her work schedule, the virus has disrupted her social life at a time in her life when graduation ceremonies and parties are standard rites of passage in more normal times.

“It’s definitely been tough, like it has for everyone, and it’s scary,” she says. “I’m younger, so I’m not as much at risk, but I do have grandparents who are elderly, and I worry about them. Even when you go to a grocery store, you can feel the tension from everybody. It’s very nerve wracking, but I’ve been FaceTiming my friends for hours a day. It’s ridiculous. We’re all so bored.”

Specht says her co-op through Worcester State is an especially good opportunity because she can count her work experience toward class credit. “So, I can work and take just a couple classes at the same time, because my BMS job is also providing credit at Worcester State,” she says. “I have a friend who’s a co-op who doesn’t have that, so he had to take a whole semester off to work there.”

What are her future plans?

“I’d really like to go into cell culture, or just anything with lab work, really,” she says. Her co-op experience at BMS has only strengthened her commitment to science. “The number one thing I’ve said throughout this whole coronavirus crisis is that at least I know now that I’m in the right career because I would rather be at the lab than at home.” 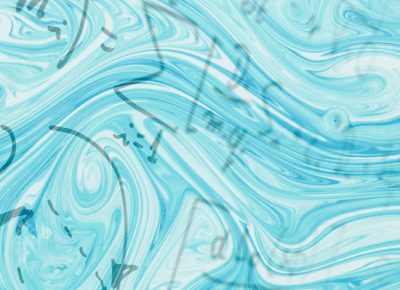 A unique experiment used in a course called Physics in Art teaches students how the intensity of a beam of light changes as it passes through different types and colors of liquid. Associate . . .