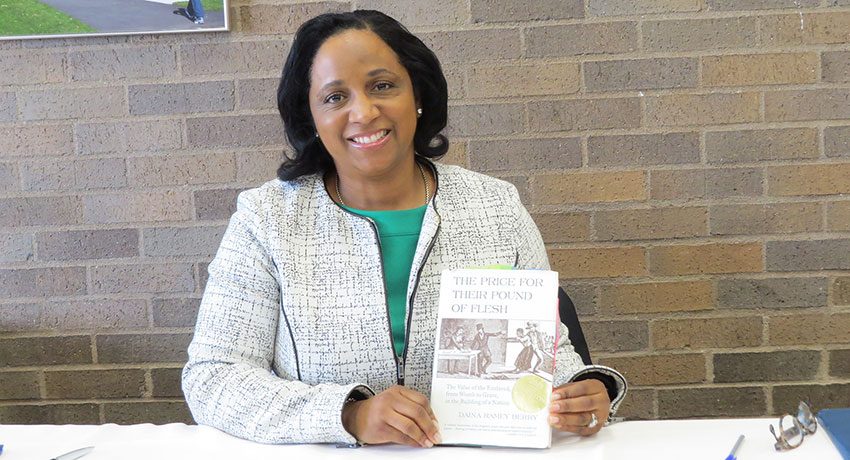 Daina Ramey Berry and “The Price for their Pound of Flesh”

On April 11 Dr. Daina Ramey Berry spoke on “Slavery and the Valuation of Souls” at Worcester State University. Her talk was part of the Honors Author Series and the Sarah Ellen Sharbach Memorial Lecture.

Berry, a history professor at the University of Texas at Austin, discussed the costs associated with slavery and other topics covered in her 2017 book, The Price for their Pound of Flesh.

It took her 10 years to write the book and seven to find the data. In total, she discovered around 80,000 individual slave prices. In today’s money, an average enslaved person would sell for $30,000 to $300,000, depending on the calculations used. However, Berry did not just want to provide these numbers, she wanted to provide context for the data.

She focused on enslaved people’s voices and questioned, “How did they respond to being treated as a commodity?” Berry also spoke about “soul value,” how enslaved people made sense of and how they valued their souls.

Berry gave examples of different stories of enslaved people, such as a three-day-old baby that was for sale. On average, enslaved people changed hands four times.

Other than market value, appraisal value, and soul value, another aspect of Berry’s talk centered on ghost value, the value of a dead body.

While writing her book, the discovery of a letter on this topic inspired three more years of research about the domestic cadaver trade. “If I am writing about the commodification of black bodies, it cannot stop at death,” she said.

Berry explained how black cadavers were exhumed and stolen for use in medical schools, including Harvard University. These crimes were even encouraged by academic institutions. For instance, she shared the story of a janitor at a medical school who was sent out to find bodies.

“I know it’s a grim conversation,” she said.

Following her talk, the question of reparations was addressed. Berry believes there needs to be a conversation about reparations and restorative justice.

This talk was sponsored by the Honors Program and Women’s Studies at Worcester State University. 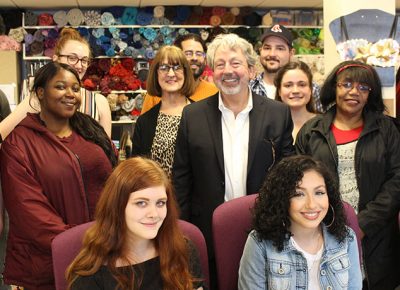