The tattooed former Skinhead and hate-metal band member Arno Michaelis and African-American musician and author Daryl Davis seem an unlikely pair.  But the two are a traveling anti-hate “band,” and recently wowed a crowd of about 125 at Worcester State University with tales of redemption, with a little boogie-woogie on the keyboard thrown in.

“Hate is a cancer. It will eat away at you until you die if you don’t cut it off at its source,” said Daryl Davis, the activist, author, and musician whose book about his friendship with the KKK’s Grand Wizard shows that even the most violent haters can turn away from violence and toward peace and harmony.

Davis and Michaelis kicked off Worcester State University’s Black History Month with a talk that focused on racism in America and how to combat intolerance. Michaelis is a team member of the Serve 2 Unite program, which educates children and teens about combating hate and bullying, and Davis is the author of “Klan-destine Relationships – A Black Man’s Odyssey in the Klu Klux Klan”, which details his experiences and friendships with members of the KKK, including former Grand Wizard Roger Kelly.

Despite their disparate backgrounds, both Michaelis and Davis have a connection with music: Michaelis was the lead singer for the screamo race-metal band Centurion – “We sold 20,000 copies of our record, which is the equivalent of going platinum in the white power world,” said Michaelis – and Davis is a jazz and rock pianist who studied music at Howard University. (It was Davis’ third visit to WSU.)

It wasn’t Davis’ music career that brought him into contact with the Klu Klux Klan. While playing with his band at the Silver Dollar Lounge in Maryland, where everyone else in the Lounge was white, Davis was approached by a self-admitted KKK member, who admired Davis’ playing – which the Worcester State crowd got to hear – and “couldn’t believe that a black man could play like Jerry Lee Lewis”, the famed white rock star of the 1950s.

Davis replied, “Well, where do you think Jerry Lee learned to play like that?”

The encounter turned into a friendship, and through it, Davis eventually made contact with a Maryland leader of the KKK, Roger Kelly, who eventually was promoted to Grand Wizard – the national head of the organization.  After many meetings with Kelly and other KKK members, as well as attending the group’s rallies, Davis developed a better understanding of how hate groups function and what they believe. He was determined to find an answer to the question he has asked since he was a child: how can you hate me when you don’t even know me?

“I couldn’t understand how someone who had never seen me before and knew nothing about me would want to hurt me for no other reason than the color of my skin,” said Davis.

For Michaelis, who founded the “largest skinhead organization on Earth,” he knew the answer to this question only too well. His previous ideology was fueled by willful anger and fear, which left little room for empathy. However, even his hate had its limit.

“It takes a lot of energy to hate,” Michaelis explained, “when deep down you know its wrong to do so. And it was even more exhausting when people I hated treated me with kindness.”

Michaelis dropped out of high school at 16 and hung around with white supremacist groups, where he drank heavily and was involved in violent altercations. Yet he had trouble defending his beliefs when confronted by those he hated, such as when a kindly black woman who worked at his local McDonald’s chided him for getting a swastika tattoo on his finger.

“When she saw it, she said, ‘I know that’s not who you are. You’re a better person than that,’” Michaelis remembered, “and though I was 6’3” and about a foot taller than she was, in that moment I felt as small as a child.”

Her words stuck with Michaelis for the rest of his life, though it took a long time for them to sink in. “It took seven years for that seed that the McDonald’s lady planted in me to come to fruition,” he said.

In 1994, after a performance with Centurion, one of Michaelis’ friends was shot and killed in a street fight. As the single father of a 2-year-old girl, he had begun to question his beliefs. The shooting prompted him to leave his lifestyle behind.

“It hit me that death or prison was going to take me from my daughter if I didn’t change my ways that night,” he said.

Today Michaelis travels the country with Davis, representing the Serve 2 Unite program, which was founded in 2012 after the Sikh temple shooting in Oak Creek, Wisconsin. His goal is not only to promote peace and understanding, but to make amends for his past behavior and the people he hurt, which haunts him to this day.

“I use that as a motivation to be the best person I can be every single day,” he said, “and treat everyone that I meet with respect, kindness, and dignity, because I understand that doing that builds my own sense of inner peace.”

Michaelis and Davis concluded the discussion by emphasizing the importance of communication. “If you have an enemy or someone with an opposing view, give them a platform. Allow them to air their views,” said Davis. “Keep the line of communication open at all times with people who oppose you.”

“When two enemies are talking, they’re not fighting. It’s when the talking ceases that the ground becomes fertile for violence.”

The talk was brought to Worcester State University by the Office of Student Involvement and Leadership Development. 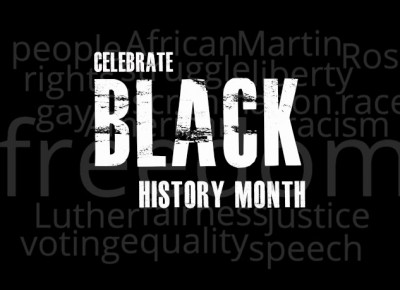 When a founding member of the world’s largest white supremacist group goes on tour with the African-American author of “Klan-Destine Relationships,” real discussions about race in America . . .