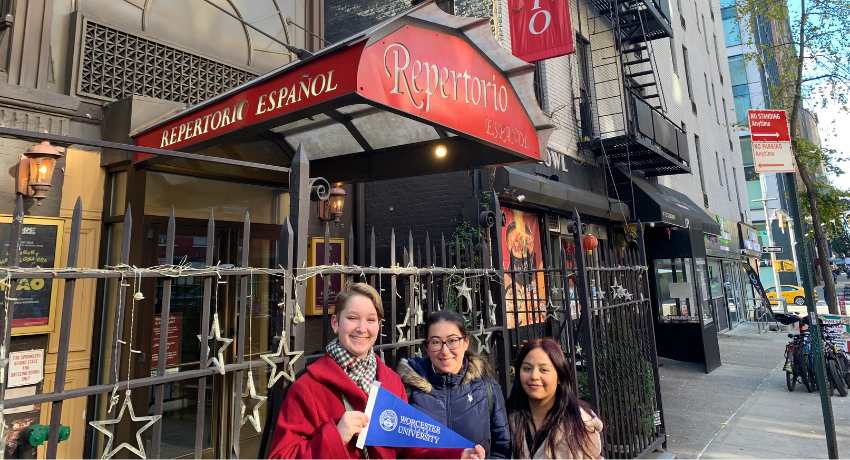 The students were part of the university’s Early College Worcester, a dual-enrollment program which offers college-level courses to Worcester public high school students, giving them an opportunity to sharpen academic skills and to experience college life. Their trip was supported by the Latino Education Institute.

This trip was part of Guijarro-Donadiós’s course “Spanish Reader’s Theater and Performance” that gives students the opportunity to approach Spanish dramatic literature through a creative and experiential learning process. The purpose is to enrich the oral, reading, comprehension and literary development skills of the Spanish language through theater. They analyze plays to have a better understanding about today’s issues such as immigration, identity, #metoo movement, bullying, environment, and social media. All the plays studied deal with these topics from different perspectives and historical eras.

The play, which is performed in Spanish and was adapted and directed by Leyma López, is described as, “A wry, gender-defying comedy about two sisters, one educated and one silly, both engaged to marry but both in love with the same man.”

Student Rhiannon Novick observed how the play was funnier and the situations more comical live than when reading the play. “I loved the use of the costumes and their change throughout the play.” she said.

Yesenia Paulino observed how the play was performed much as it had been in the 17th century, with minimal scenery and each scene was described by the text itself, without any special effects. 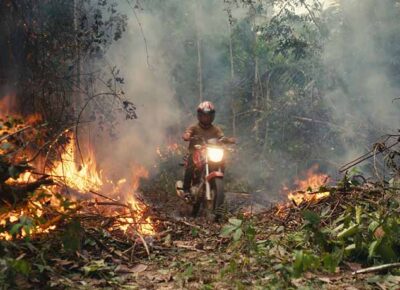 Since the Uru-eu-wau-wau, an Amazon Indigenous group, were first contacted by the Brazilian government in 1981, their territory has become an island of green rainforest surrounded by denuded farms . . .