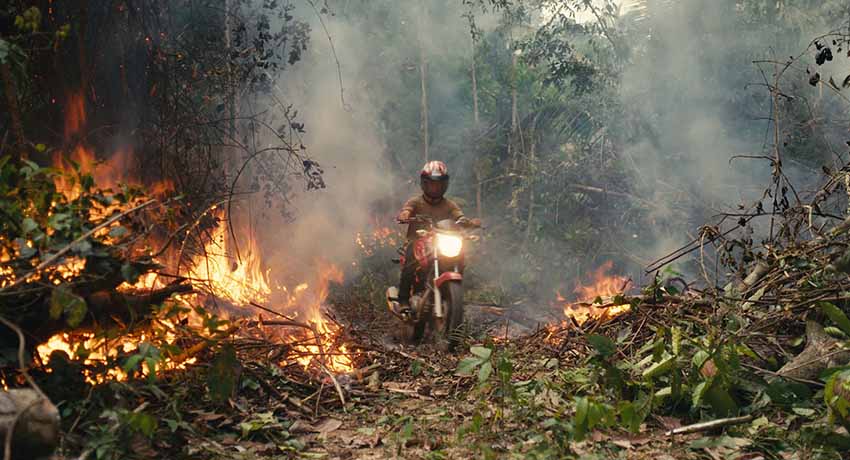 Since the Uru-eu-wau-wau, an Amazon Indigenous group, were first contacted by the Brazilian government in 1981, their territory has become an island of green rainforest surrounded by denuded farms and ranches — the results of four decades of unchecked deforestation.

The struggle between the indigenous people trying to preserve their land and heritage and non-indigenous settlers seeking to exploit the land and its riches is explored in The Territory, an internationally celebrated, award-winning documentary from National Geographic, directed by Alex Pritz and co-produced by the Uru-eu-wau-wau community. The film will be shown at 6:30 p.m. Nov. 16 in the North-South Auditorium in the Student Center at Worcester State. (There also is a remote viewing option, see below.)

Paula Moura, a reporter at WBUR, a National Public Radio Station in Boston and a native of Brazil, will introduce the film and participate in an interactive discussion after the screening. She worked as a field producer on the film.

Partially shot by the Uru-eu-wau-wau people themselves and filmed over the course of several years, The Territory offers an authentic portrait of an Indigenous community’s daily life and struggles. With National Geographic’s customary beautiful cinematography showcasing the dramatic landscape and richly textured sound design, the film brings audiences deep into the precious ecosystem they are fighting to protect. 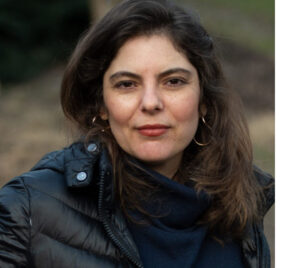 “I hope people can have a more profound understanding of the reality in the Amazon when they see the film,” Moura said, in a recent interview with WSU News. “The film has an immersive quality that allows viewers to go deeply into people’s lives and there is no narrator. Everyone we interviewed speaks for themselves so you can follow them very closely through their challenges, their setbacks, and their victories.”

Like other Indigenous communities in the Amazon, the Uru-eu-wau-wau have faced environmentally destructive and often violent incursions into their sovereign territory by nonnatives seeking to exploit the land. Illegal logging and land clearing incursions have become more frequent and more brazen over the last few years.

Inside their territory, there are fewer than 200 people, including elders and children, to defend nearly 7,000 square miles of rainforest. The film shows how, on the edges of the protected lands, a network of farmers organizes to stake their claims through official channels, while individual land-grabbers begin clear-cutting swaths of rainforest for themselves. With the community’s survival at a young Indigenous leader, Bitate, and his female mentor activist Nedinha Bandeira, they must find new ways to protect the rainforest from encroaching invaders. But rather than rely on others to tell their story, the Uru-eu-wau-wau take control of the narrative and create their own news media team to bring the world their perspective, Moura said.

In the film, Bitate mentions that a media outlet asked him if they could send someone to do the filming and he said, “No, we are going to do the work. We are going to tell the story.” The documentary has an Indigenous cinematographer, Tangai Uru-eu-wau-wau, and the executive producer is Indigenous activist Txai Surui. “The film innovates by doing a co-production with the community. It’s been long overdue for Indigenous people to tell their own story, ” Moura said. 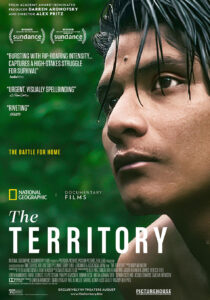 Movie poster for The Territory

trees to sell timber and to raise cattle. Moura said it’s important to understand their side of the story because it leads to the roots of a bigger social issue as many want to have better opportunities to make a living. “They see there’s so much forest so I would hear people say, “Oh there’s a lot of land. Why can’t we have just a small part of it?”

Government policy in recent years has favored development over conservation, but with the defeat of Jair Bolsonaro in the Brazilian presidential election in October, a better balance may now be possible. The leadership change also should help assuage international concerns about the deleterious effects of Amazon deforestation on climate change.

Luiz Inacio Lula da Silva, the former president of Brazil who came back into politics and defeated Bolsonaro, had a track record of working with Indigenous groups and brokering agreements between them and farmers, miners, loggers, and others who wanted to clear the land, often illegally.

When running for president in 2018, Bolsonaro said, ‘“not one centimeter of land will be demarcated for indigenous reserves.”

“And so he didn’t during his administration,” Moura said. “But Lula’s administration in the past had environmental policies that decreased deforestation. He has pledged to do that again and to create an Indigenous People’s ministry.”

The Nov. 16 post-screening discussion with Paula Moura may be remotely accessed through https://worcester.zoom.us/j/96601805447. 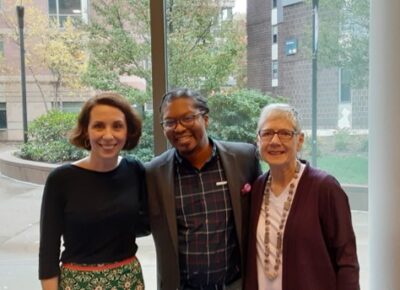 Introducing his cycle of poems “They Said I Was an Alternate,” Nathan McClain explained that an alternate juror does everything the other jurors do, but, when it comes time to deliberate, they . . .