Elementary education major Ashley Beck was selected as the winner in Neil Berg’s Singing with the Broadway Stars contest for the Neil Berg’s 100 Years of Broadway performance at Hanover Theatre on February 14. Ashley was invited to sing on stage during the concert finale with five Broadway stars. She sang the female solo in “Seasons of Love” from “Rent.”

“It was the most amazing time of my life,” Ashley recalled. “I have been in many shows but this one tops it. Neil did an amazing job producing this show–and everybody at the Hanover Theatre was wonderful to all of us. I will continue to peruse my dream of being on Broadway. I hope to someday be an inspiration to the young kids that Broadway is the best. I have always loved all of the Broadway songs from a very young age, many of my friends didn’t understand my love for the live Broadway shows. The more I kept singing and winning competitions such as this one they are beginning to understand.”

“Outside of being a full-time student at Worcester State College, I have run local summer classes with the youth of my town to inspire them by having ‘Broadway Kids Singing Workshops,'” she added. “They love it! It was so nice to hear Neil talk about getting youth involved.” 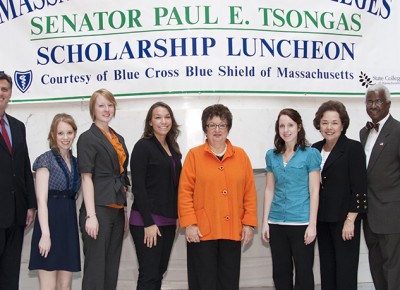