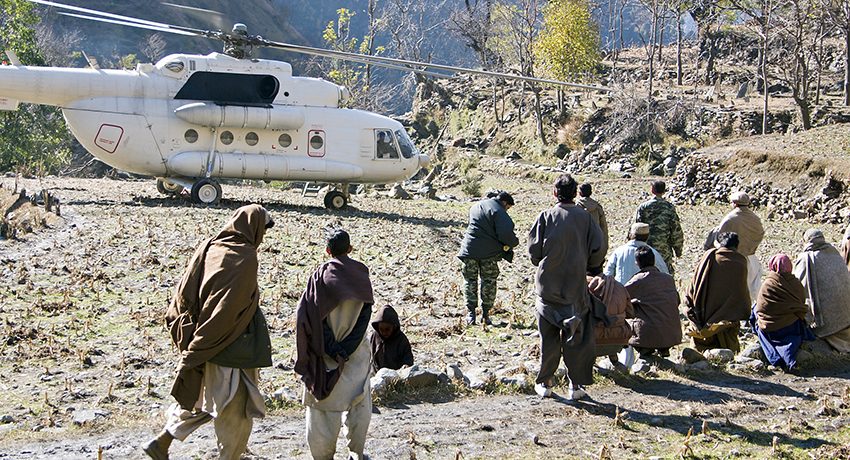 Worcester State University students learned about the vital humanitarian work of an international emergency medicine physician from an expert in the field, Stephanie Kayden, M.D., the chief of the Division of International Emergency Medicine and Humanitarian Programs at Brigham and Women’s Hospital and assistant professor of emergency medicine at Harvard Medical School.

Kayden’s talk on Friday, December 1, was the second in the Bridge to Excellence lecture series sponsored by the Imoigele P. Aisiku, M.D., ’92 STEM Center, which brings Brigham & Women’s physicians to campus to offer guidance to students interested in pursuing careers in medicine.

Kayden defined international humanitarian work as the response to global disasters and humanitarian crises. She said even if students don’t choose to take on this calling, they will still be affected.

“This is going to be part of all of our existence in the future. Natural disasters are absolutely on the rise worldwide,” she said. Even though the number of deaths caused by disasters is going down, the number of people affected is going up dramatically because more people are moving into cities.

“Climate-related events—that’s what’s expanding,” she said. “Floods are far and away the most common disaster. The impact of each one is becoming bigger, partly because the storms are worse, but partly because they are hitting cities.”

Most global health work is considered health development, where the goal is to improve health-care systems, such as digging a well or creating a better sanitation system, she said. Ten to 15 percent of global health falls into the category of humanitarian care, and that is the work of an international emergency medicine specialist, the only formal international subspecialty of medicine.

“These are the people who go in to help large populations who have been forced from their home because of conflict or disaster,” Kayden said. “That humanitarian piece belongs to the international emergency physician because of the nature of the work. It’s rapidly changing; you need to reprioritize all the time; you need to create order out of chaos, which is what emergency physicians do every day in the emergency department. So it’s basically the emergency department of the whole world.”

For larger scale humanitarian crises, an essential part of an effective response is “keeping people away from their poop,” Kayden said bluntly, which is why setting up sanitation is a number one priority.

“People forced from their homes by the thousands create a public health emergency,” said Kayden. “What we are trying to do as humanitarian workers is save lives, yes, but also restore people to their livelihoods. Or if we can’t restore them to the job they did before, to train them in new jobs so they can be self-sustaining.”

Kayden also noted the primary victims of war today are civilians. In the Democratic Republic of Congo, for instance, for every one violent death due to war, there are 62 nonviolent deaths, caused by such things as malnutrition, disease, or fever.

“In today’s conflicts, the victims of war are not necessarily so much soldiers, they are people,” Kayden said. “The displacement itself is often the fatal admission. And that’s why the world needs humanitarian workers—the people who come in and bring the refugee camps food, the water, the help.”

For instance, the World Food Program is in charge of communications and logistics because that’s what they do best.
“They are the UPS of the entire plant. They deliver food to the most remote places on the planet every day. They keep millions of people alive every day because of their work. They are the best logistical body in the world,” she said.

Kayden talked about online resources, such as buildingabetterresponse.org and sphereproject.org, and a two-week course she organizes for anyone interested in learning more about how humanitarian care works. She ended by inviting students to get involved.

“We need people in humanitarian work in every sector. We need urban planners and scientists and water sanitation engineers. It’s not just about doctors. If you have a technical mind, sign up,” she said. 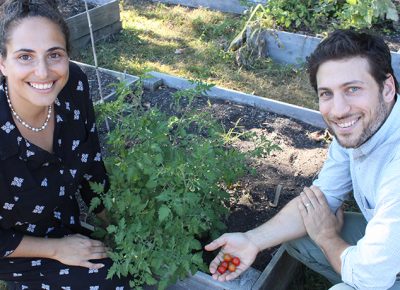 Haven’t heard of the Urban Action Institute yet? The name may be new but the initiative has deep roots on campus. It was known as the Intergenerational Urban Institute and was founded by Professor . . .