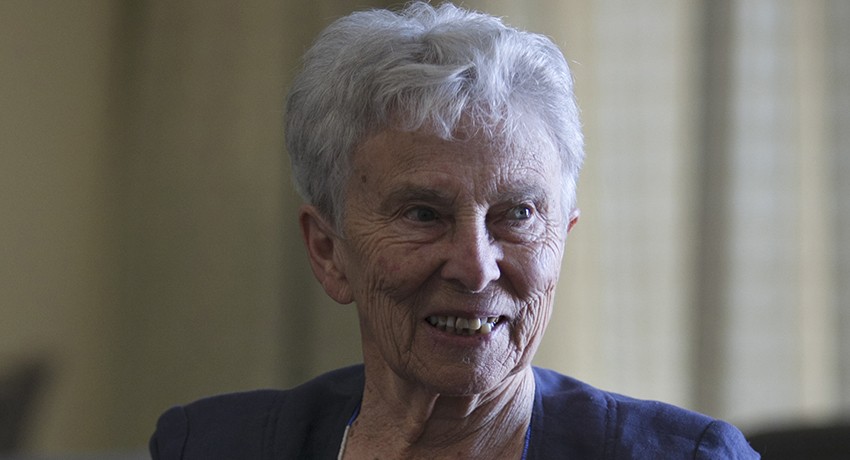 The Worcester State University community welcomed community activist Marion Stoddart to lead a workshop in the Seven Hills Lounge of Wasylean Hall and for a showing of  “The Work of 1000,” a documentary about Marion’s work on the Nashua River clean-up and the establishment of a greenway around two branches of the Nashua River.

In the 1960s, the Nashua River in New Hampshire and central Massachusetts was one of the 10 most polluted in the country. Around the time, Stoddart moved to the area with her husband and three young children—and became involved in the efforts to clean the river.

“The League of Women Voters played a crucial role,” Stoddart said during the workshop on Wednesday, April 24. “They were studying water resources during these years, and they helped me learn how to file legislation.”

Her dogged gathering of signatures, going door-to-door, and taking numerous trips to the Massachusetts State House resulted in the nation’s first clean water act, passed by then-governor John Volpe in 1965.

“But the work never stopped,” Stoddart repeated numerous times. She continued her work not only for clean water, but also in securing assistance from the likes of the late Senator Ted Kennedy, the late Secretary of Interior Stewart Udall, town selectmen, city mayors, and even the U.S. Army, whose Fort Devens was the site of an eight-mile stretch of the Nashua River.

“Our first headquarters was at Devens,” she recalled. “You never know where help will come from. The Army gave us a building, and we also had help from soldiers recovering from wounds in Vietnam. They gave us engineers, and we began to map out a greenway and path, with the goal of making the river swimmable again.”

Stoddart’s success in mobilizing and spreading hope in the community in a way that showed people change was possible became the subject of a lively discussion with students during the workshop.

While Stoddart admitted that she feels guilt about not devoting all her time to her children, she said, “They all turned out okay.” She also stressed that the gift of a clean river makes her feel good.

“I kept asking myself, ‘What is my purpose in life? What was I put on earth to do?’” she said.

The afternoon discussion and evening film makes it clear that Stoddart found her life’s work, and is someone who shaped her life’s work in a way that should continue to be celebrated.

Written by Mark Wagner, the director of the Center for Service Learning and Civic Engagement 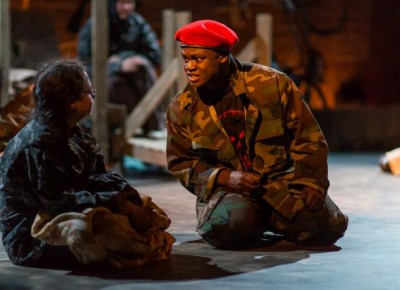 The WSU Visual and Performing Arts Department’s play “War Children” is more than an endeavor into the raw and emotional topic of child soldiering—it is also an endeavor into an innovative . . .