According to a student diarist in the early days of the Worcester Normal School, an “explosion” occurred in the afternoon of April 15, 1879, which resulted in the loss of someone’s top. Another entry, this one from three years earlier, revealed, “all day the registers and chairs down-stairs have been covered with garments of every description, in all stages of the process.”

Taken out of context, the descriptions might paint a startling picture of student life at the Normal School. But in reality, the first entry (one of many) reflects a student’s fascination with spinning tops, while the second depicts a “drying day,” necessary due to tumultuous weather causing everyone’s clothing to become completely drenched.

Another student from 1876 expresses a sentiment which, if you asked WSU professors and students today, may not only be relegated to the late nineteenth century: “Some of the girls were heard to say that if they were expected to study harder on Grecian and Roman history than they had on French and English, life has no longer any attraction for them.”

Nestled away in the Archives on the third floor of the Learning Resource Center, old and fragile Normal School class diaries reveal insights into academic life 140 years ago. Of the six day-by-day diaries from the years 1875 to 1880, three appear to be written mainly by Rebecca Jones, an instructor and the head of the apprenticeship program at the Normal School. The other three were written by a variety of students.

There is some mystery surrounding these diaries and their place in the University. The diaries were probably kept as a record by the instructors and as a reflective exercise by the students. However, the provenance of the diaries is unknown and questions surround the possibility of other diaries that have become lost or never made it into the collection at all. Nevertheless, the multitude of authors cursively inking their way through the pages reveal many of the smaller details of school life that could not be found within the course catalogues or more official documents surrounding the early years.

The weather is the most common theme of the entries. While the instructor-written diaries often utilize one-word descriptions, such as cloudy, pleasant, and stormy, the student-written entries are much more expressive. These accounts detail celestial battles between the sun and the fog instead of a laconic entry of “foggy.” The students also often employ the words of well-known writers to help describe the climate. Emerson, Tennyson, Wordsworth, and Lowell are a few of these commonly called-upon authors. Furthermore, whenever springtime rolls around, the diarists wrote that the weather was, of course, more spring-like than any previous day.

These students were mostly young women and they were attending the Worcester Normal School to become teachers, a favorable option to many women as it was an alternative to factories and other more dismal and dangerous work environments. Furthermore, these teachers-to-be were improving the lives of young students and ameliorating their local community, a sentiment that is often recognized in the entries.

The earliest alumni of Worcester State have many words of wisdom to impart, including an alumna who initialed her entry M.F.H. on March 24, 1876:

“I once heard a pupil remark as her teacher came into the school-room, ‘How like a sunbeam that teacher is—the room always seemed brighter and warmer after he came in.’ I’ve thought of the remark many times since, and wondered if all the faces that make this school-room so pleasant would really be sunbeams in other school-rooms by and by, and if little faces will brighten when we come into their presence as teachers. I hope so. I am sure it must be nice to be a sunbeam.”

The diaries are in the process of being transcribed and will become available to read on the library’s website. 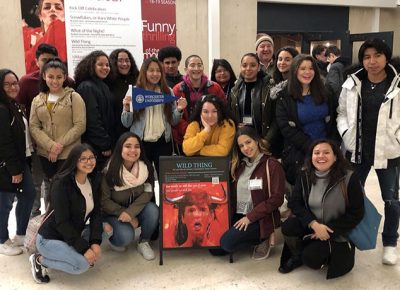